A graffiti mural of Greek basketball star Giannis Antetokounmpo in the southern Athens neighborhood of Palaio Faliro was vandalized and painted with neo-Nazi symbols on Thursday.

The vandals used markers to scribble over the face of the mural depicting the Greek-Nigerian NBA star celebrating in his white-and-green Milwaukee Bucks jersey and drew a Swastika and the SS lighting bolts his arm.

In a separate incident, meanwhile, vandals also defaced a graffiti portrait commemorating George Floyd, a black man whose death at the hands of police in the United States last month sparked protests across America and other parts of the world against racism and police violence.

The portrait, which is located in downtown Metaxourgio and depicts a black boy weeping with a pair of handcuffs around his throat – with Floyd’s dying words, “Can’t breathe,” and “need justice” painted on either side – was splashed with red and white paint. 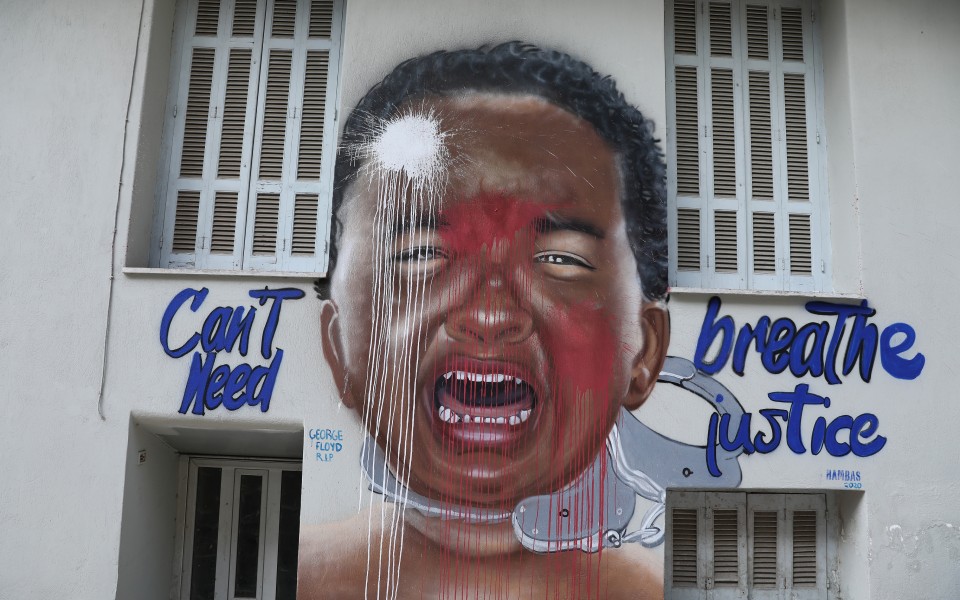