The Greek American community seems gratified with the progress made in the last elections, as its voice in the United States Congress has been strengthened even further.

Last Tuesday’s polls saw the re-election of the five members of the diaspora who already sat in the House of Representatives, while their total number was increased to six after the successful candidacy of one more Greek American.

More specifically, Democrats John Sarbanes in Maryland, Charlie Crist in Florida, Dina Titus in Nevada and Chris Pappas in New Hampshire were all re-elected, as was the until now sole Republican, Florida’s Gus Bilirakis.

The “Greek team” was strengthened with the addition of one more Republican, Nicole Malliotakis, who was elected for the first time in her home state of New York.

In total, this means that there will be six Greek-American representatives in the US Congress who will be able to express the community’s concerns, not only on domestic issues, but also with respect to the problems, and in some cases threats, that their motherlands of Greece and Cyprus are facing.

The five members that were in the Congress until now have all played a useful role, with their public interventions and votes in committees and on the floor of the House of Representatives on issues that have an impact on Greece and Cyprus.

Kathimerini asked the six Greek-American members of the House, who will be in the 117th Congress, to talk about their heritage. 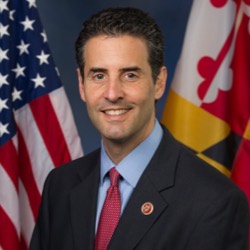 “As a Greek American, I take special pride in the democratic traditions that we trace back to the ancient Greeks. It’s one of the reasons I am so inspired by the amazing democratic turnout which delivered an historic victory for Joe Biden in this critical presidential election. I know that President Biden will restore America’s promise as a land of freedom and opportunity – an America that can serve as a beacon of hope for so many around the world. When my grandfather and grandmother left Greece to immigrate to America more than a century ago, they brought with them a commitment to democratic values, which infused their determination to work hard and succeed. Joe Biden embodies that same commitment and will lift up all those who aspire to the American dream,” says John Sarbanes. 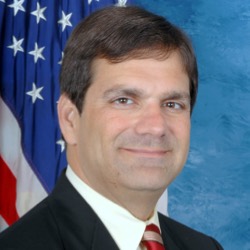 “Being a Greek American is everything to me. The best of both worlds. A rich heritage that has taught me the value of family, faith and public service. All the good that was ancient Greece was brought over to the New World and is inherent in America. The virtues of freedom, justice, courage, and philotimo resonate in America and Greece. I am blessed to be a beneficiary of both cultures,” says Gus Gus M. Bilirakis.

Bilirakis was recently designated as the Most Effective Lawmaker in the State of Florida by the Center for Effective Lawmaking at Vanderbilt University. Working in a bipartisan manner, his main priorities include controlling government spending, creating jobs for middle-class Americans, finding ways for government to operate smaller and smarter, and lowering taxes. He is also committed to strengthening homeland security, improving education, increasing access to quality healthcare, lowering the cost of prescription drugs, protecting veterans’ benefits, ensuring the long-term viability of Social Security and Medicare, and improving emergency preparedness and response.

As the grandson of Greek immigrants, Bilirakis is heavily invested in Hellenic affairs. The region is vital to American interests, and Greece is a strong ally of the United States. He is the co-chair of the Congressional Caucus on Hellenic Affairs and the founding co-chair of the Congressional Hellenic Israel Alliance. Israel is a strategic ally in the region as well, sharing a common defense strategy with the United States, Greece, Cyprus and other allies to thwart existential threats from troublemakers in the region.

Congressman Bilirakis strongly opposes the illegal Turkish occupation of Cyprus, and has been a strong proponent of the reunification of Cyprus, on behalf of all the Cypriot people. He believes strongly in protecting religious freedoms across the globe, and stopping the persecution of religious minorities, including Coptic Christians in Egypt and Eastern Orthodox Christians in Turkey. 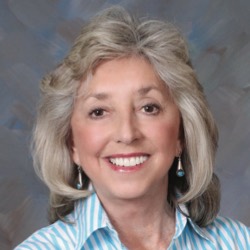 “I keep the Hellenic values taught to me by my grandfather who came to this country through Ellis Island close to my heart. The small town I grew up in had no Greek church or school and we would take 100-mile road trips to Jacksonville, Florida, just to get feta cheese and Kalamata olives. Yet I was taught from a young age that being Greek is about more than what you eat. That’s why I’ve fought tirelessly in Congress to oppose the conversion of Hagia Sophia from a museum to a mosque, stand up for human rights and religious freedom around the world, and bolster security in the East Mediterranean,” says Dina Titus.

Congresswoman Titus is the dean of Nevada’s Congressional Delegation and represents the heart of the Las Vegas Valley. She is a respected voice on gun violence prevention, healthcare, veterans issues and immigration. Titus is a member of the Hellenic Caucus and a founding member of the Greek-Israeli Caucus in the House of Representatives. She has also dedicated her life to education and is professor emeritus in political science at the University of Nevada, Las Vegas. 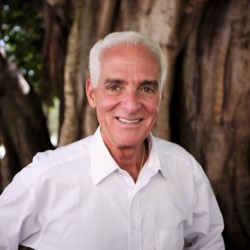 “We are a nation of immigrants, and my family’s story, our Greek heritage, is an example of the American dream. This election, whether America would continue to be that shining city on the hill, was on the ballot. With President-elect Biden’s victory, the policies of division and exclusion were defeated,” says Charlie Crist, who is of Cypriot descent.

The 64-year-old Democrat began his political career as a Republican and served as Florida's governor from 2007 till 2011.

After initially leading in the 2010 Senate race for the Republican nomination, Crist was overtaken in the polls by Marco Rubio when the state GOP committee decided not to fund his re-election bid, and in April 2010 Crist left the Republican Party to run as an independent, but in the general election he lost to Rubio in a three-way race, taking 30% of the vote to Rubio’s 49% and Democratic nominee Kendrick Meek’s 20%.
He then switched to the Democrats, and in 2012 backed Barack Obama’s candidacy, ran for governor again, but this time lost by 1%. He was elected to the House of Representatives in 2017 and has been a member of the chamber for the past four years representing Florida’s 13th congressional district. Crist is the only former governor serving in the House. 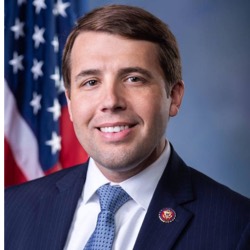 “I have always been proud of my Greek heritage and have worked to bring the values my family taught me – hard work, community, and service to others – to Washington as I represent the people of New Hampshire. Greece and the United States share a special bond, and Greek Americans are an integral part of the fabric of New Hampshire and of this country. I am honored to be a part of, and to carry forward, that legacy,” says Chris Pappas.

Congressman Pappas is a lifelong resident of Manchester, New Hampshire, where he was born into a proud Greek-American family. After graduating from Harvard, Pappas returned home and began a career in public service while helping run the 103-year-old family restaurant where he started scooping ice cream and bussing tables at age 14. Pappas was first elected to the New Hampshire State House at 22. He has also served as Hillsborough County treasurer and on the New Hampshire Executive Council.

In 2018, Pappas made history after becoming the first openly gay person to represent New Hampshire in Congress. In 2020, he made history again as the first incumbent to win re-election in the First District in over a decade. In Congress, Pappas sits on the Transportation and Infrastructure and Veterans’ Affairs Committees. He also chairs the Subcommittee on Oversight and Investigations on the Veterans’ Affairs Committee. 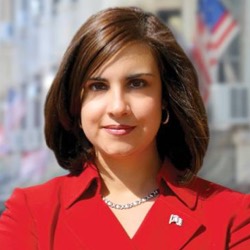 “To be elected to Congress as a first-generation American is a tribute to both my father’s homeland and my birthplace, America. Greece and the United States are permanently linked by their mutual belief in democracy and freedom, two principles that are cornerstones of my political belief system,” says Nicole Malliotakis.

Congresswoman-elect Malliotakis is a first-generation American. Her father emigrated from Greece and her mother is a refugee who escaped Castro’s Cuba. Since 2010, Malliotakis has represented portions of Staten Island and the Southern District in the New York State Assembly. In 2017, she was the Republican and Conservative Party candidate for mayor of New York City. On November 3, 2020, she was elected to the US Congress representing New York’s 11th Congressional District.