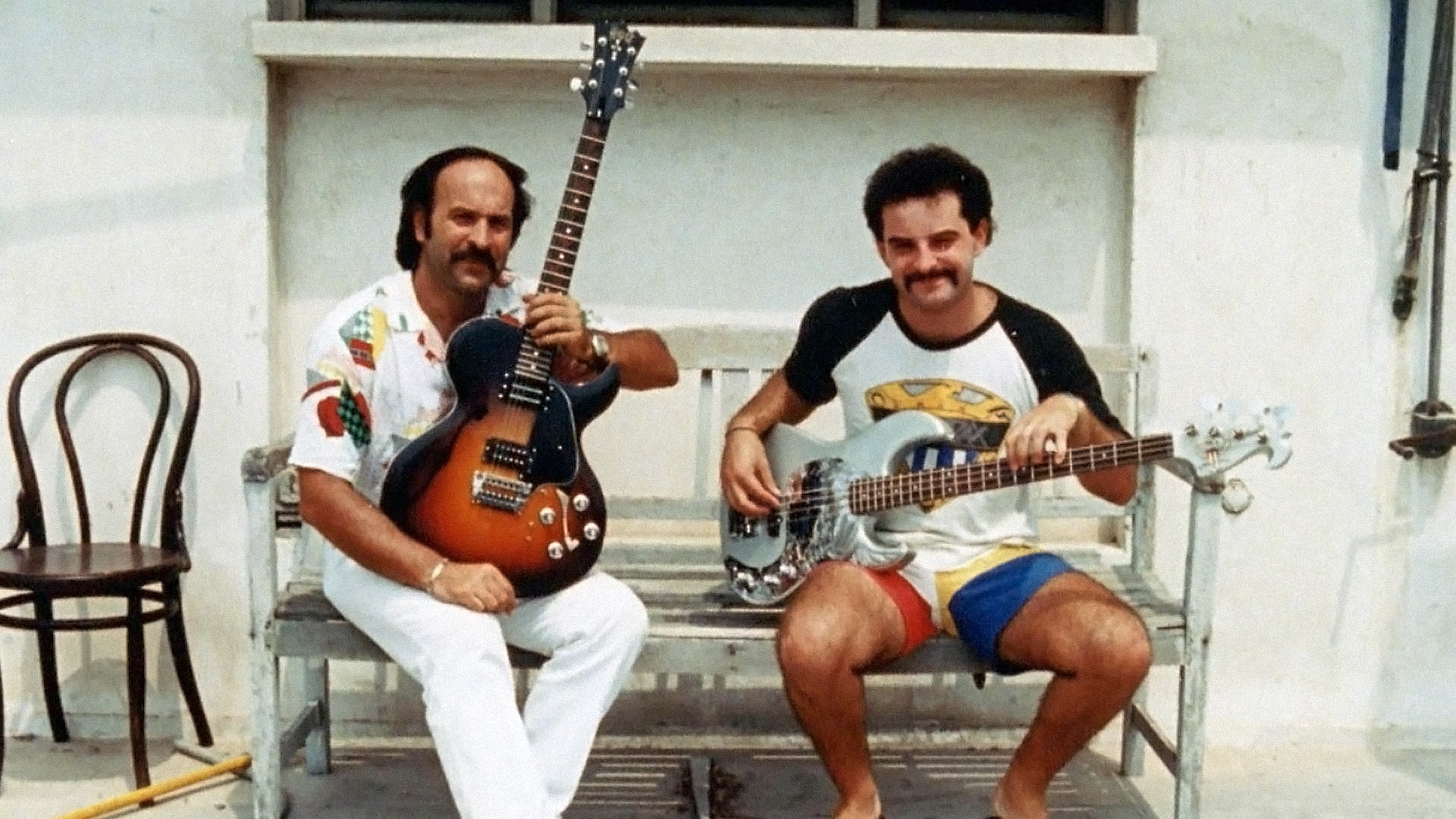 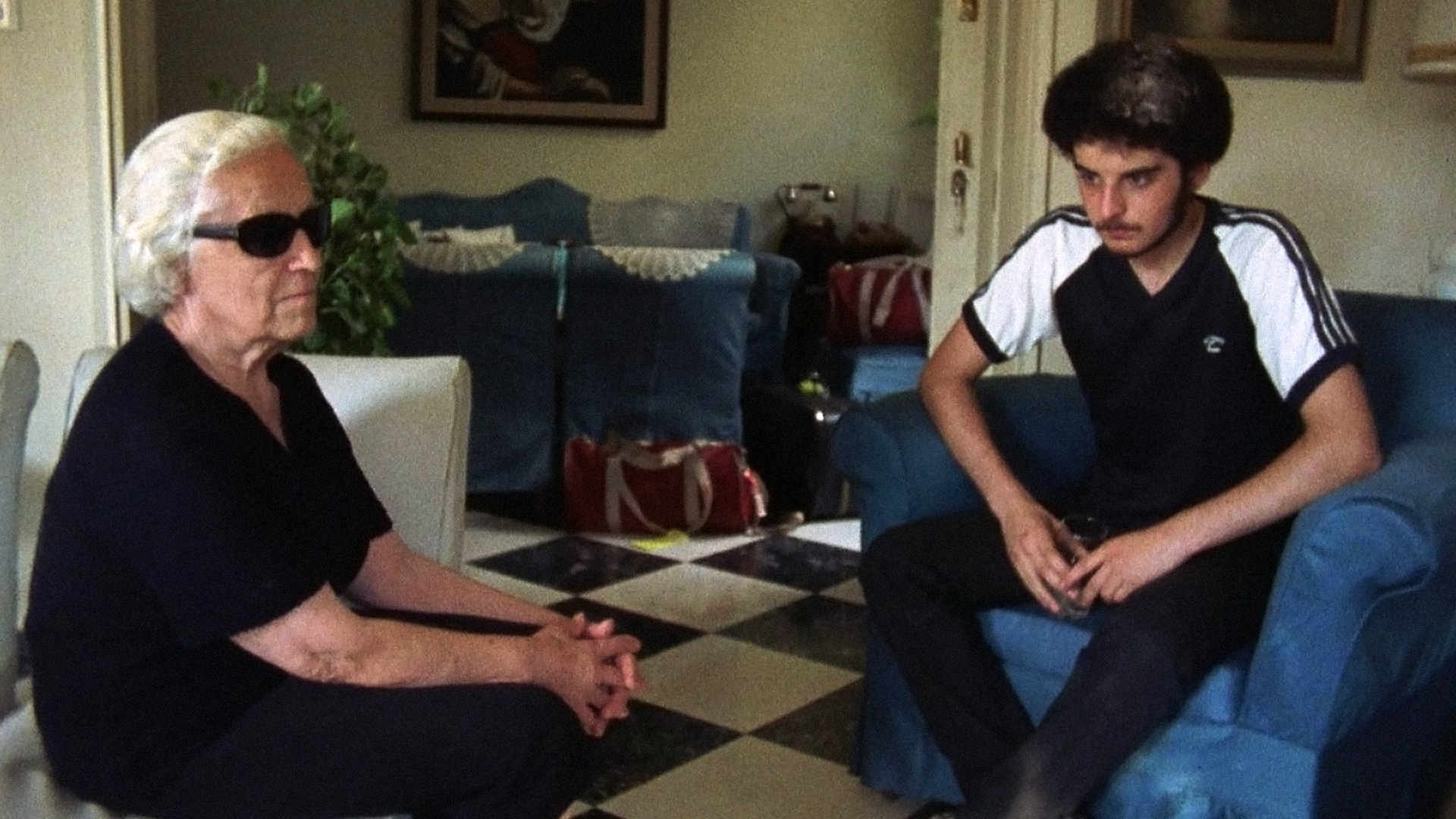 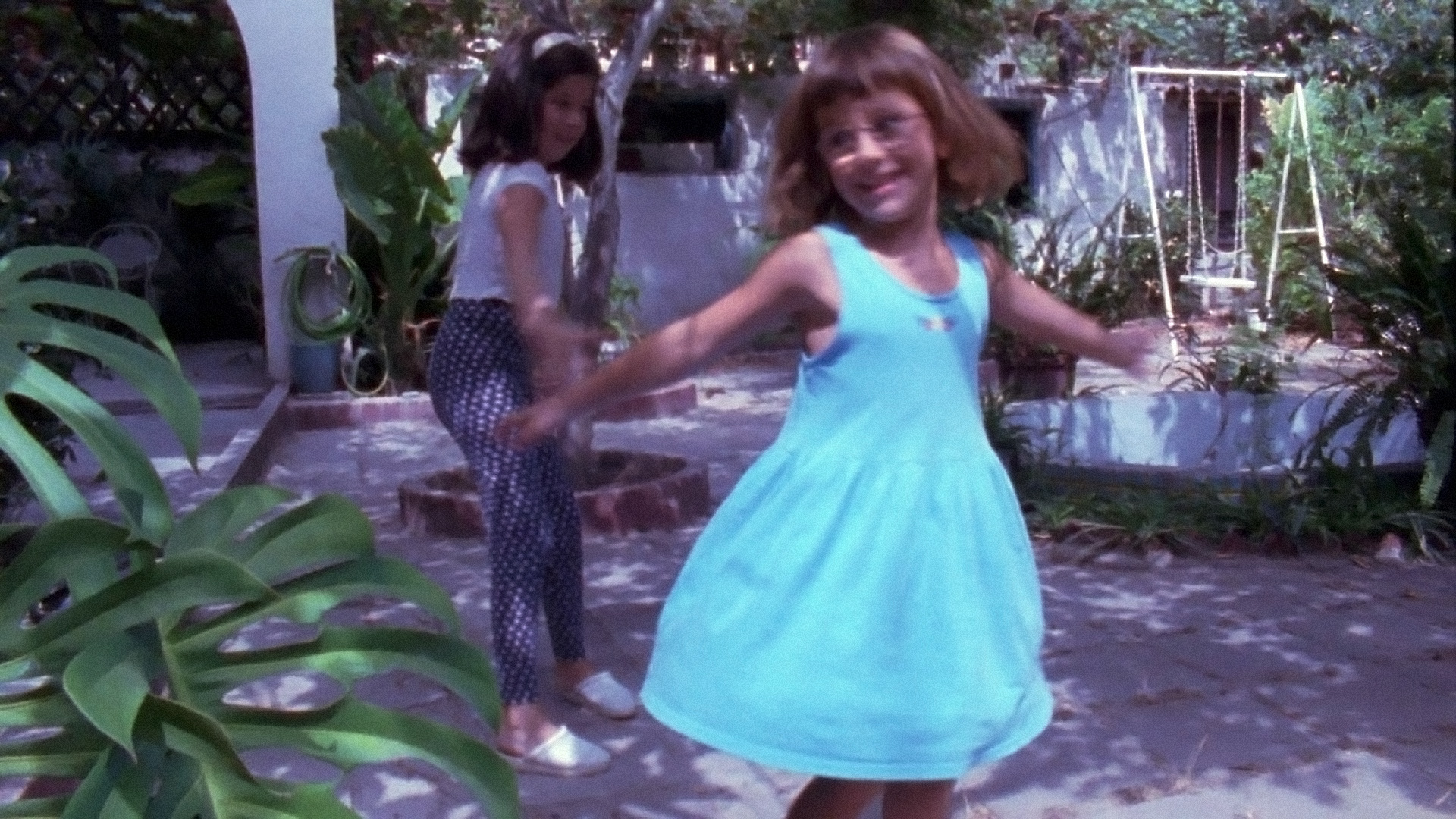 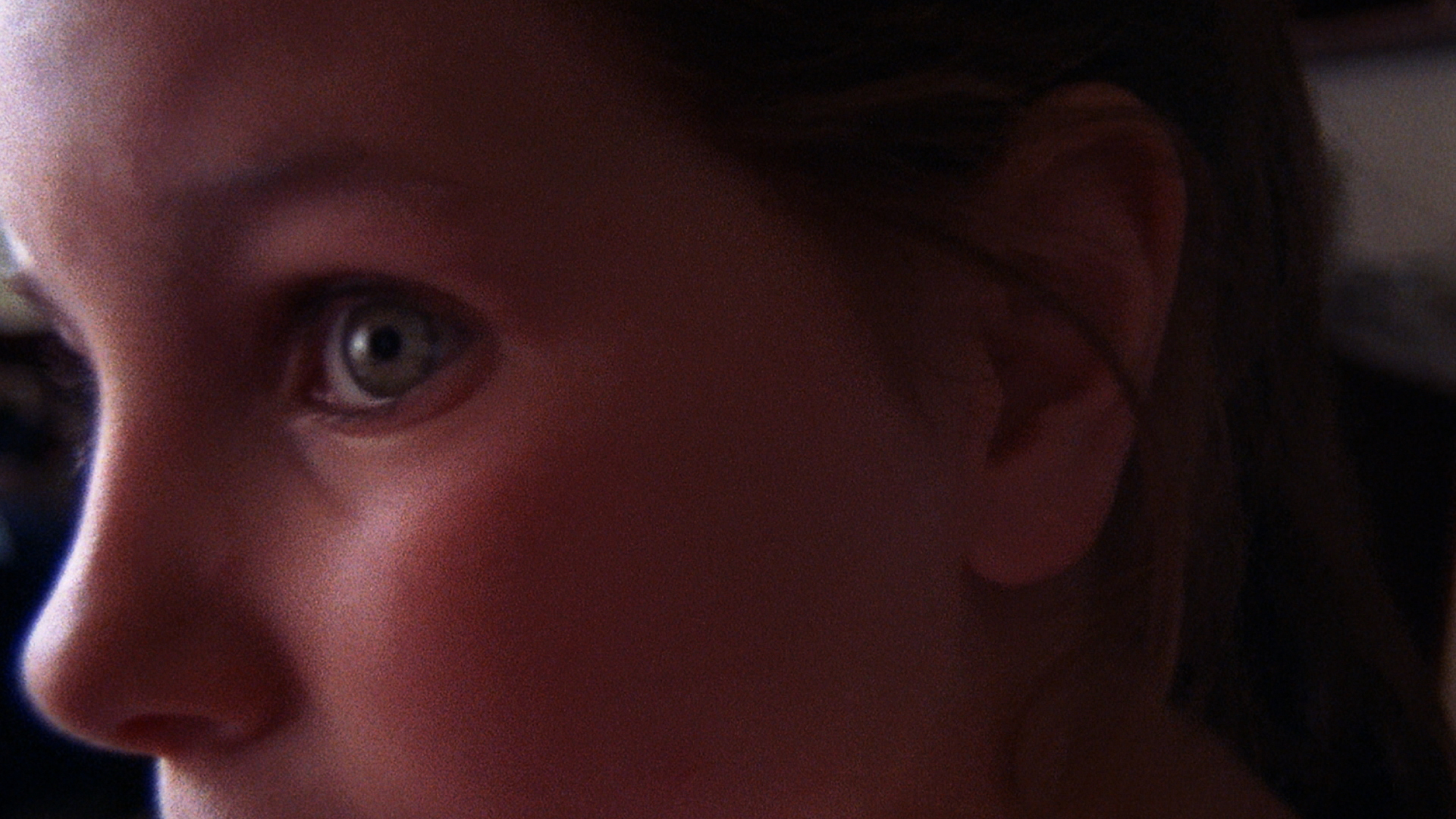 Not everyone's home videos have the makings of a modern-day Greek tragedy.

Alexandra Anthony's family documentary “Lost in the Bewilderness,” which earned warm reviews at the recent Thessaloniki Documentary Festival, tells the story of a long-lost hero who, after many travails, finally returns home to claim his rightful place in the old country.

The story begins in the early 1970s, at the house of the Psychopaidopoulos family in the southern Athens neighborhood of Nea Smyrni. When Anthony's cousin Lucas is born, he is instantly immersed in the typically Greek overdose of attention and affection bestowed upon the first male child of a generation. But at the age of 5, Lucas's parents separate.

That is when the drama begins to unfold, and the story is elevated from Super-8 home movie memories to something darker. One day the boy disappears with his mother, throwing the Psychopaidopoulos family into a state of shock and mourning. A worldwide search, also with the help of Interpol, is of no avail.

But 11 years after the abduction, a telephone call from Maryland in the US sets the drama back in motion. It's Athena, asking Orestis, her former husband, to take impossible teenager Lucas back to the homeland and off her hands.

“When the kid was found, it was like, 'Get the camera and go,’” Anthony says.

Filmed over the course of 30 years, the 97-minute documentary is a mixture of archival footage and cinema verite. It takes off thanks to masterful editing, a clean structure, and captivating narration by Anthony herself whose matter-of-fact delivery seamlessly meshes the ancient myths of Oedipus, Perseus and Odysseus with Lucas's story.

The 61-year-old director was born to Greek parents in Charleston, South Carolina. She spent her childhood in Athens and her adolescence in London, before moving to the US to study art history at Wellesley College and filmmaking at MIT. She now lives in Boston, but visits Greece every summer, always with her camera equipment. Over the years, she has filmed several ethnographic films in numerous remote areas of her native country.

Hence, it comes as little surprise that Anthony knows her Greek mythology well, and cleverly chooses just which parallels to draw between Lucas and ancient Greek heroes.

“I've always had an interest in mythology, in ancient Greek theater, drama and tragedy. I find great beauty in all those stories. I grew up with them. They are part of who I am. But it was really an organic process, not a forced thing. It became more and more apparent to me that there were so many parallels with ancient mythology and the archetypes of Orestis who was exiled, or Euphrosyne, his grandmother, who was one of the three Graces. And then, as I dug deeper, I saw there is a theme with all these young kings and heroes who, at a very young age, as babies or toddlers, are taken away to be killed or exiled so that they don't take over the throne or whatever. But in every case they return on the cusp of manhood to reclaim their rightful place on the throne or in the family. Especially Perseus, whose own mother took him across the sea."

However, the central metaphor for Anthony was the Orpheus and Eurydice story of a man losing his beloved early and made a deal to get her back from the underworld. Orpheus could not keep his promise of not looking behind him and, as he made his way back to the world of the living, he lost his love for a second time.

“I really love the idea of Orestis going to this netherworld, which is shown as black and white and gray – which is the US as a kind of underworld – to bring Lucas back to life, and it's then in full color when he comes to Greece.”

Being a student at the MIT film section under direct cinema pioneers Richard (Ricky) Leacock and Ed Pincus, Anthony was inevitably schooled in the orthodoxy of cinema verite, always recording things as they happened. For this project, however, she used old pictures and – in a somewhat liberating betrayal of the verite rulebook – she recreated the back story using vintage-style footage of her own daughter and the daughter of Nana, a family friend.

“I wanted to introduce the characters so by the time you got to the actual story you could kind of see it through their eyes and have empathy with what they were experiencing.”

The director was there when Lucas first landed in Athens. As soon as the boy walked out of the airport at Elliniko, she sensed his unease.

“I think he was just a deer in headlights. Here he is, a stranger in a strange land here in Greece. He did not know he had a Greek family, he doesn't speak the language and all of a sudden his mother has turned him over to these strangers.

“He was uncomfortable anyway and here is this camera in his face. And I felt really sensitive. Life comes first and then comes film. I didn't want to make his life more difficult for him. So I slowly withdrew a little bit after the first two weeks and I thought I 'd let them just find themselves, they have enough to deal with, without me there. But I didn't think I had enough for a film at all.”

Despite this, “Lost in the Bewilderness” became Anthony's hobby, as she kept on filming the family in their garden, in the living room, on the beach, every time she came to Greece over the years. Without realizing it, she also captured images of a changing society.

The film is a rich parade of modern Greek history, from Lucas's namesake, his grandfather – the archetypical Greek gentleman of the 1950s – the glory days of PASOK founder Andreas Papandreou during a 1984 rally, and through to the tsunami of “antiparochi” deals between landowners and contractors that led to the brutal destruction of many old private houses. The Psychopaidopoulos family home, which we get to know and love as intimately as its owners, is too knocked down, without any warning, by a yellow bulldozer, to make way for a modern apartment building.

And all that's left at the end is a story, a visually rich, suspense-filled ride.

The pioneering electric car that hit the skids