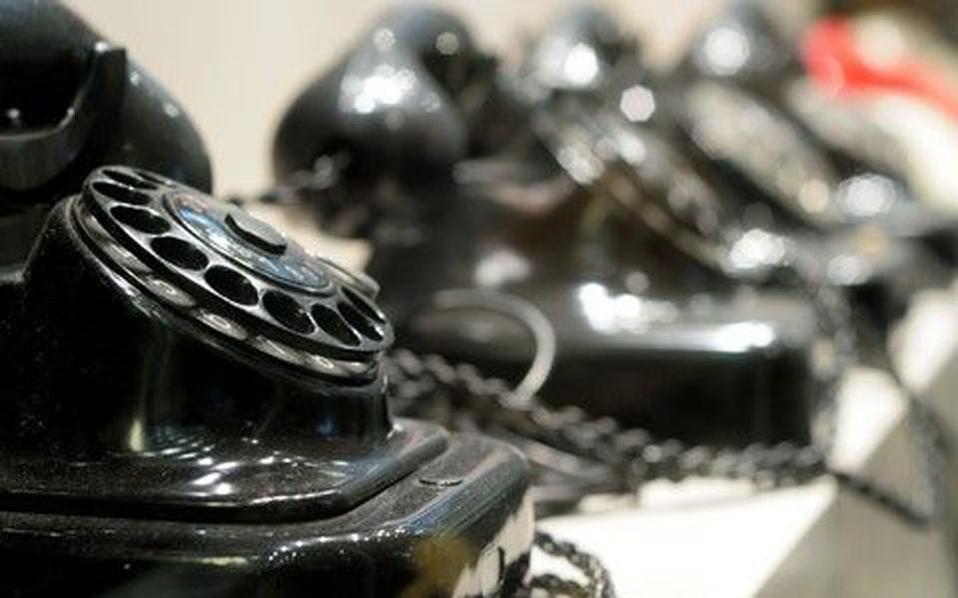 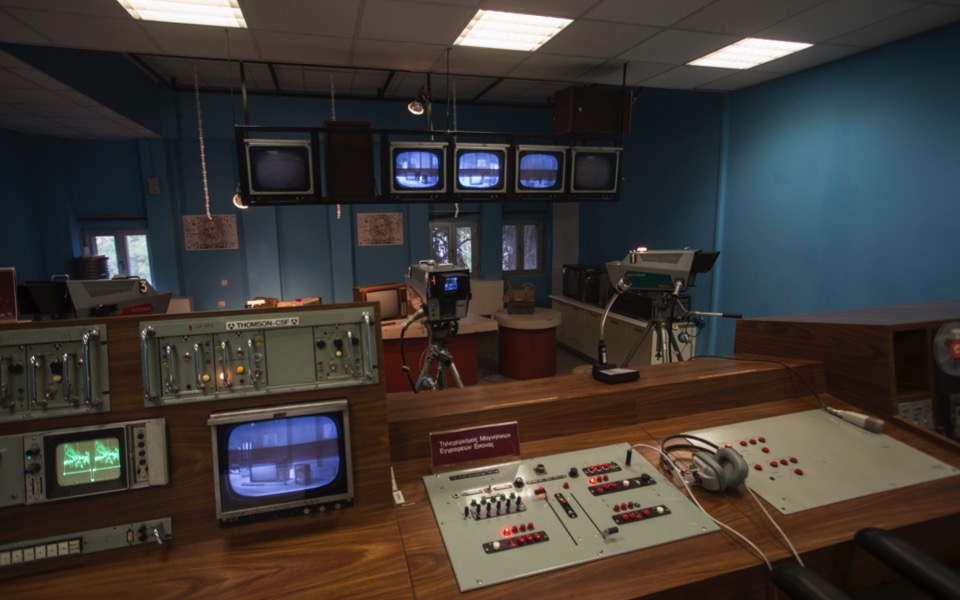 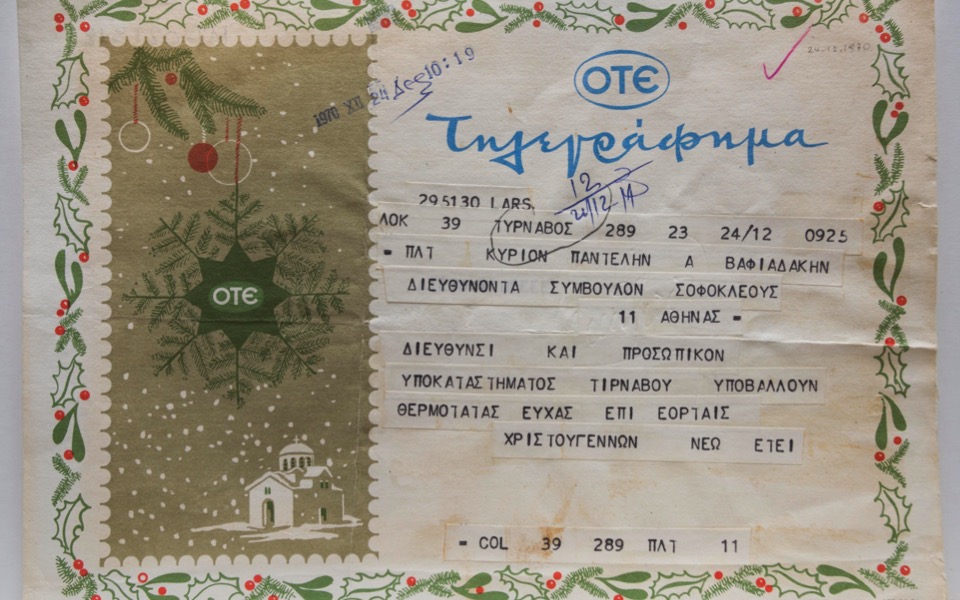 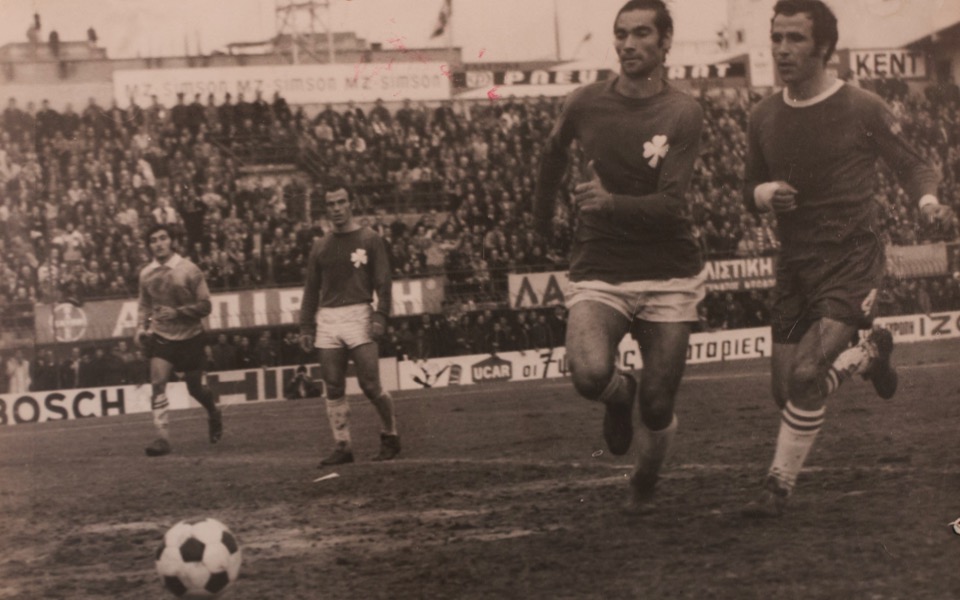 Rotary dial telephones seem curious to the museum’s younger visitors. “Some children have never seen this type of phone before, while others remember seeing one at the home of their grandparents,” Manolis Tsoupakis told visitors during a guided tour of the museum at the old OTE building in Kato Kifissia, northern Athens.

A stroll around the museum will transport you back to the time of ancient beacon networks, when fire served as a means of communication over long distances, and gradually bring you right up to modern-day fiber-optic communication. Most of the 4,500 exhibits have been saved by workers at the former state-run monopoly. Over the years, they took care to store all sorts of defunct devices, such as phones, telephone booths and telex machines, knowing that one day they would serve as testimony of a bygone era.

A collection was gradually built, added to by donations from private collectors. The collection opened to the public in 1990 – at first as the improvised project of a bunch of telecom aficionados and, later, as an organized institution. Some sections – such as the one dedicated to ancient communication methods and that on mobile telephony – are articulated with a modern museological approach. The museum offers educational programs for schools.

One of the first things to strike visitors is the communication systems used in Classical Greece and the Byzantine era. People back then were able to communicate even when they were hundreds kilometers away from each other. News of victory, warnings of imminent danger and information about natural disasters were sent across long distances using early communication systems. These were mainly used at night for better visibility. In “Agamemnon,” the playwright Aeschylus describes how a beacon of light signaled the defeat of Troy to all those in Argos, including Queen Clytemnestra. Despite the absence of cell phones, the ancients were quite capable of sending messages.

The museum is divided into sections on the pre-electric and electric eras. After seeing the collection of signal torches, one can visit the section with early telephones and the first wireless telegraphy transmitters. Visitors can learn about Italian inventor and electrical engineer Guglielmo Marconi, who developed and marketed the first successful long-distance wireless telegraph, about the Titanic’s wireless distress calls, and also about Greece’s first telephone connection – back at a time when the country’s borders looked very different to now: In 1859, Ermoupoli, the capital of Syros island, was connected to Athens after a foreign vessel helped install an undersea cable. Syros was also connected to the eastern Aegean island of Chios, which was still controlled by the Ottoman Empire, and to Istanbul.

A section of the museum is dedicated to telephotography. Visitors will see images sent to newspapers around the world by news agencies, including of late Soviet leader Nikita Khrushchev, former Greek actress and 1964 Miss Universe Kyriaki “Corinna” Tsopei, Greek poet George Seferis holding his Nobel Prize, Yugoslav leader Josip Broz Tito, Cape Canaveral, as well as the Panathinaikos soccer team at the 1971 European Cup Final against Dutch giants Ajax, at Wembley Stadium. The items on display have been documented by researchers. And so have the early telegrams. These include notifications of the Greek troops’ defeat in Asia Minor in 1922 and the imposition of censorship by the Germans during their occupation of Greece in World War II. Among the telegrams on display is one from Constantine Mitsotakis, when he was still a Hania MP, in support of the Association of Grocers in 1959: Store owners had turned to politicians for support after the launch of the first supermarket, which they said threatened to turn the country’s food market upside down.

Another section is devoted to hi-tech telephone networks, satellites, fiber optics and mobile communications. Young visitors will find out that not so long ago mobile phones were the size of a book and weighed up to 2.5 kilos. Their parents may start to feel quite old: Some of their earlier phones are now museum pieces.

The most impressive exhibit is perhaps the TV studio used for the first Greek broadcast in February 1966. On display is the equipment which was imported to Greece from abroad. With proper care from the specialists, the studio is again operational. Electrical engineer Dimitris Fragoulis told Kathimerini that the tech support of the time would improvise to fix problems. While that was very clever at the time, it made it extremely difficult to get the studio operating again, since the manuals for all the equipment had been practically made redundant by all the repairs.

Hopes EMST will open this year