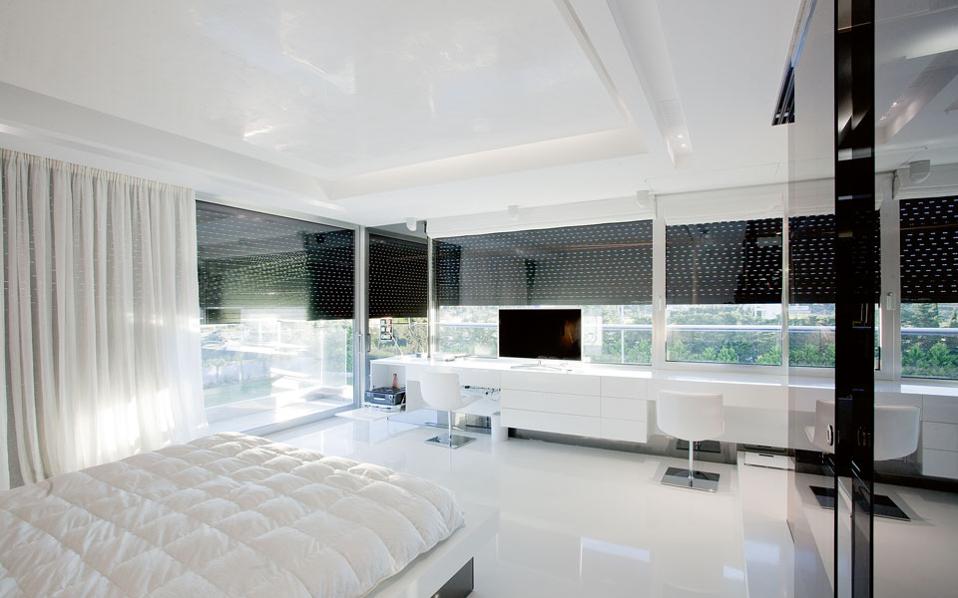 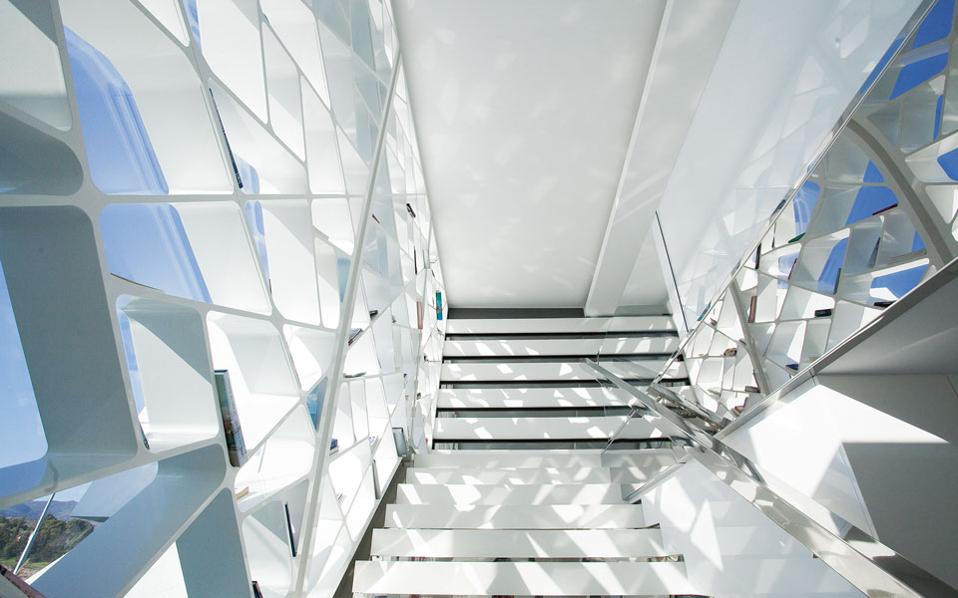 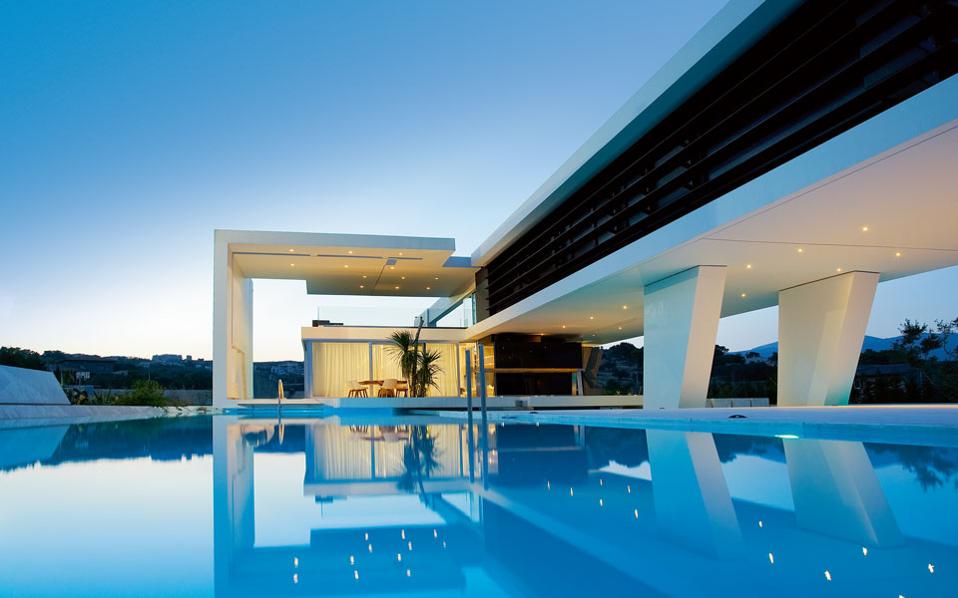 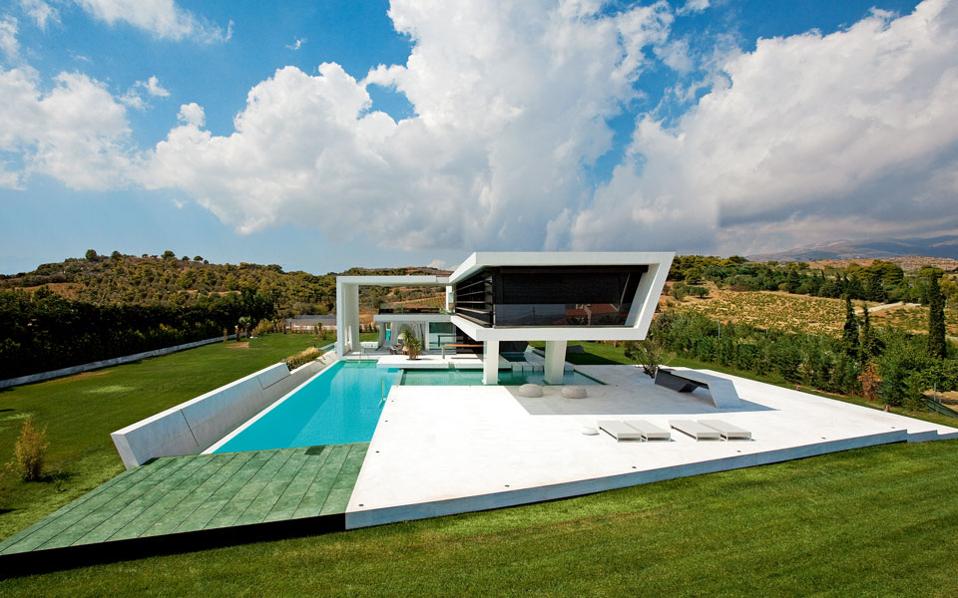 When images of this unusual residence with its strong linear forms and minimalist aesthetics first appeared, many wondered who Pavlos Chatziangelidis, the architect behind the project (executed in association with civil engineers Fotini Karagianni and Mohammed Ahmed), was. A newcomer in terms of publications and competitions, the 38-year-old head of the 314 Architectural Studio in Voula, southern Athens, suddenly came under the scrutiny of his peers, for all kinds of reasons.

Architecture is a particularly competitive profession and news of the provocative project being nominated Greece’s official entry in the 2015 Mies van der Rohe Award competition prompted a new round of creative debate.

Is the eastern Attica house a genuinely innovative and groundbreaking proposal in the field of Greek architecture or is this a case of reproducing an international vernacular which could be “planted” anywhere in the world? Let’s face it, this discussion is nothing new. It involves a niche audience and is never-ending. What is left in the end is the project and the creative enrichment of Greece’s architectural vernacular through a fresh approach. Chatziangelidis, for one, credits the property’s owner for his contribution to such a daring project.

“The powerful design emerged as a result of the owner’s particularly dynamic character,” said the Athens architect. “Consequently we wanted to design a residence in tune with his daily life and his passion for the sea and yachting. This led to strong linear forms and sloping surfaces, where the house’s residents have a sense similar to that of being on board a luxury yacht.”

The idea of being in contact with water was achieved through a variety of ways: first of all, through the construction of three connecting water elements – three artificial ponds – in front and on both sides of the ground floor, while a swimming pool acts as a continuation of the artificial pond at the front. The residence’s outer shell appears to lightly touch the ground, while the artificial ponds provide the illusion of suspension. The elevation of the front part of the house reinforces the idea that the building is rising from the water.

Built on a 0.7-hectare plot of land, the total area of the residence is 1,000 square meters. The house was picked as one of the 20 most popular architectural projects for 2013 by international website ArchDaily.

Beyond unavoidable impressions, Chatziangelidis is not solely pinning his hopes on the Pikermi residence’s nautical style and fancy complexion. Its bioclimatic planning allows the sun to warm up interior spaces during winter, while keeping the heat out during summer. The use of geothermal energy cuts the costs of cooling and heating the building.

The water for the artificial ponds and the swimming pool comes from a well, while the irrigation water comes from a tank where rainwater is collected via a draining system.

“Our impression is that the H3 home, as we call it, brings a sense of pleasure to those looking at it or living in it,” noted Chatziangelidis. “We consider their reactions to be positive, because, despite the residence’s particularly strong character, it maintains a sense of austerity and balance of form.”

The silent sentries of the Academy of Athens