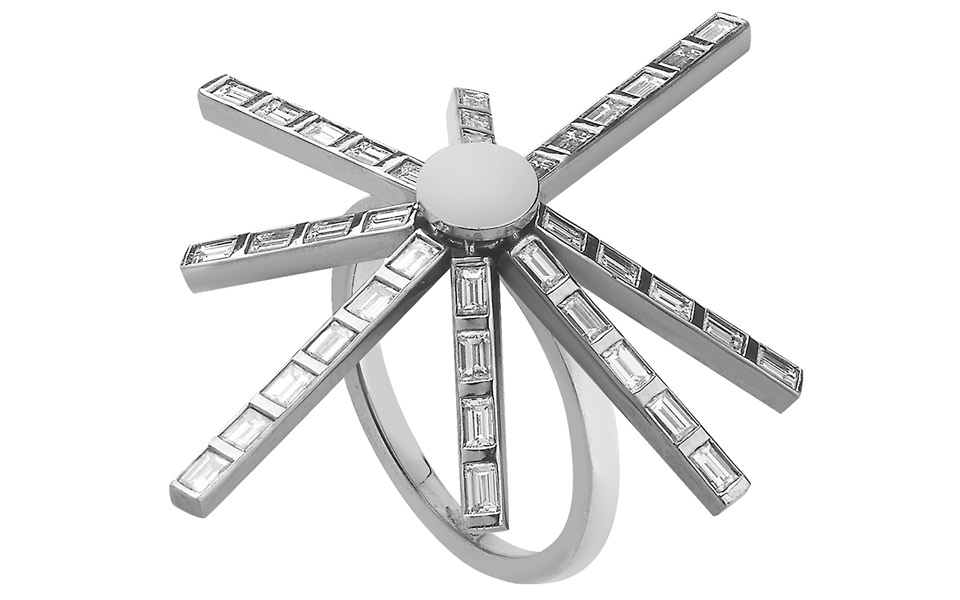 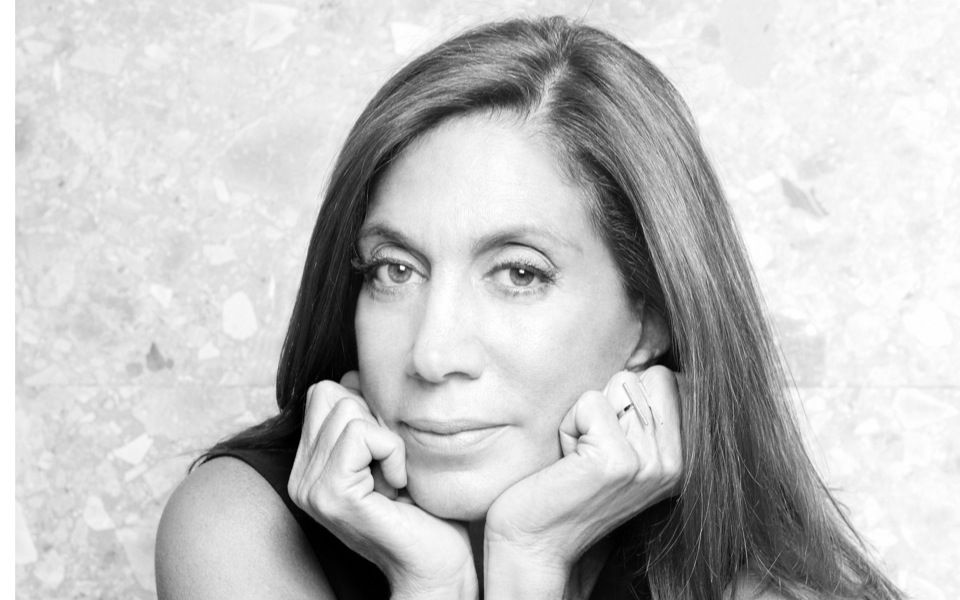 Pythons, angry tears and safety pins made out of precious metals and stones. In the world of Ileana Makri, the merging of experiences, travels and cultures takes the form of creative jewelry with a global sparkle.

“I started out exactly 20 years ago and the jewelry I was designing back then was expressing something new, which made it stand out. At the time I felt that jewelry was becoming more democratic, I was one of the forerunners in that respect,” Makri said in an interview.

Back then her debut collection – made using gold, diamonds, rubies and colorful sapphires – had landed at a landmark venue of contemporary luxury, New York’s Barneys department store.

Her work was swiftly dubbed “rock chic,” a definition that continues to fit nicely with her most recognizable clients – currently including Taylor Swift, Beyonce, Rihanna and Halle Berry, among others.

Why does Makri design jewelry in the first place?

“It’s like taking a breath of fresh air, a means of expression which is vital for my own balance. Through jewelry, I express my emotions and my philosophy, which is about good measure.”

Throughout her creative career, Makri has often incorporated mystical and protective symbols into her work. What’s her take on what is today seen by many as a battle between East and West?

“This confrontation has nothing to do with culture, it’s about religious politics. Symbols express something much deeper and quite often bring cultures closer to one another,” she said.

Following a first degree in business administration, Makri ended up getting involved in what she loved the most and enrolled at the Gemological Institute of America in Santa Monica, California.

Later on, in 1987, she developed Greece’s first ever concept store, Mageia, in Kolonaki, where she still curates eclectic collections of garments, accessories and jewelry. She has more recently opened a new store on Patriarchou Ioakeim Street, featuring her own pieces as well as jewelry by local and international designers.

An impressive list of luxury stockists promotes the Ileana Makri brand worldwide: Colette in Paris, Dover Street Market in London, Lane Crawford in Hong Kong as well as innovative online luxury retailer Net-A-Porter, to name but a few. The designer’s resume also features collaborations with other brands, including The Row, a brand developed by twin actresses Mary-Kate and Ashley Olsen.

“I don’t care about jewelry you wear three times a year, but about pieces that accompany you all the time,” she said. “Life became more democratic and jewelry followed suit. Now everyone is active in one way or another – this is an achievement. Fifty years ago many women were not part of the labor market.”

Is buying jewelry part of this new dynamic?

“Today there are more women buying jewelry up to a certain price, while after a certain price it’s their partners who buy pieces for them,” she noted.

While female empowerment has made a positive contribution to the jewelry business, the ongoing crisis has placed the sector in a tough spot. In 2012, Makri developed a second line based on silver and semiprecious stones. While maintaining the designer’s creative signature, the collection is more affordable and also serves as an introduction to the brand. Beyond the local recession, the broader international financial gloom has also affected the jewelry industry.

The designer’s fresh Baguette collection targets both new and older markets (the collection takes its name from the namesake diamond cut).

“This year I went back to something pure, more bare. I felt there was a sense of over-design out there. Everything has been done and, similarly to fashion, things are going back there,” she noted.

What has defined her creative identity in the last two decades? “I’m a perfectionist and I pay great attention to every single detail when it comes to production. I actually wear all the pieces a little bit, to see firsthand how they react,” she added.

Despite the designer’s endless travels – carried out for both professional as well as for broader exploration purposes – Makri is never too far away from her spiritual home.

“The Greek element is very powerful within me and it surfaces in whatever I do,” she concluded. “Greece is not about excess. Like the tiny Greek churches, whose design is far away from the large-scale Catholic cathedrals. Greece is about a human measure and I think that this is expressed in my jewels.”

Homage to Lord Nelson at Palace of the Knights on Rhodes

Representations of the artificial man

Magnificent ancient jewelry to go on display at Myconos museum