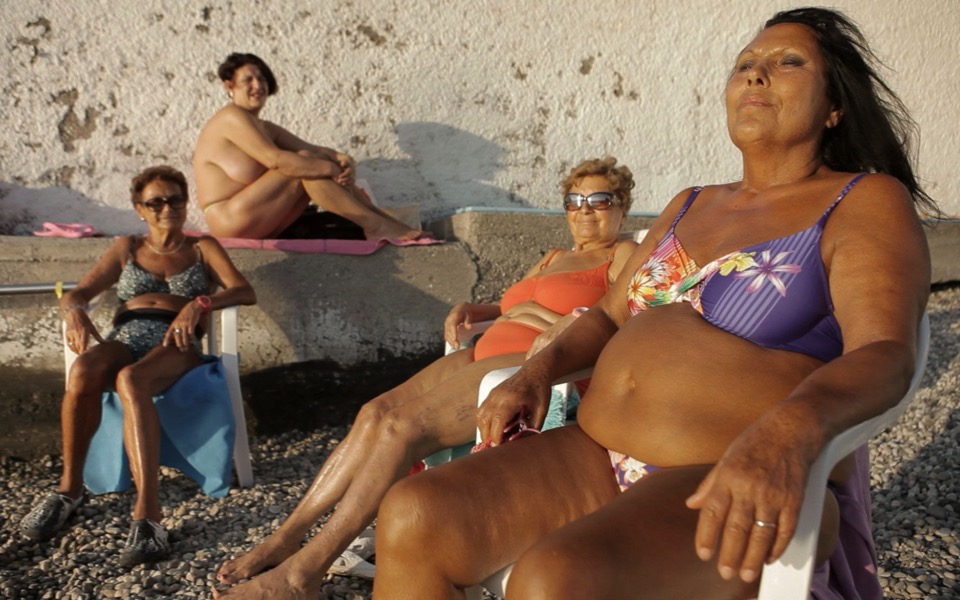 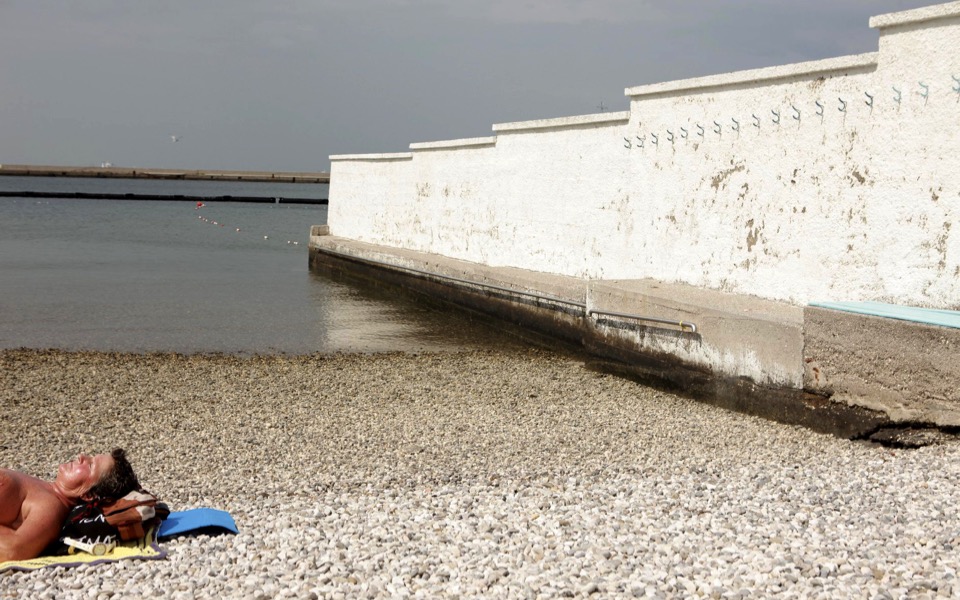 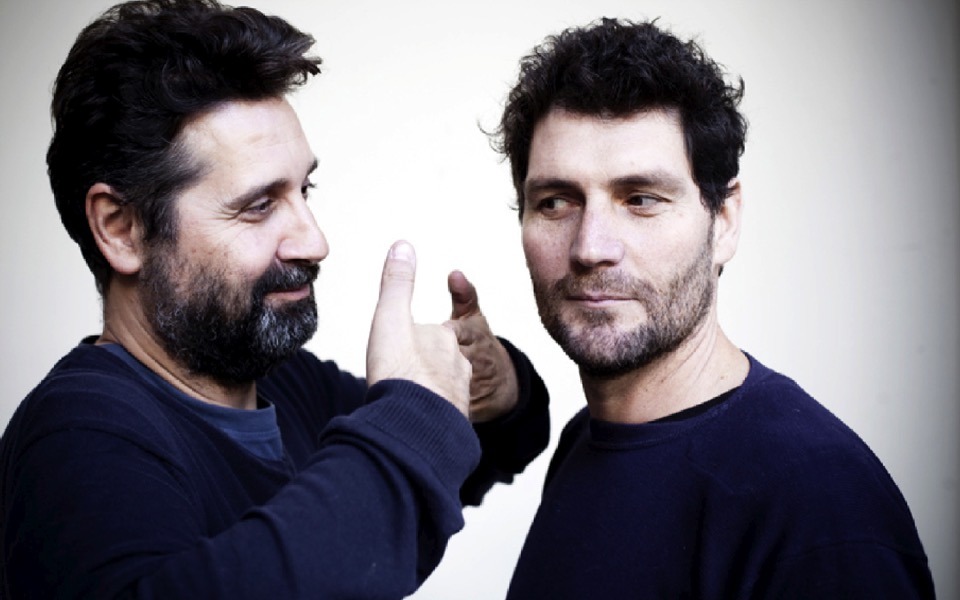 Seventy-seven-year-old Vinicio complains that his favorite blue plastic chair has been shifted from the spot where he’d left it the day before. Rene fumes when finding his sun lounger stacked and chained up with others at the far corner of the beach, before pinching it back with a bolt cutter in a superhuman effort that leaves him red-faced but gleaming with vindication.

The all-too-human daily rituals of the elderly patrons of La Lanterna, an unassuming vintage-feel pebble beach in Trieste, on Italy’s northeastern coast, are humbly yet beautifully captured in “The Last Resort” – the latest film by Thanos Anastopoulos, co-directed with filmmaker Davide Del Degan, who was born in the Italian seaport – which was awarded the Hellenic Film Academy award for best documentary on Tuesday.

“The movie is about turf wars. About where each person will put their chair, their table, or their towel. People always fight about things like seats and locks, they just give them different names,” Anastopoulos said in an interview after the movie screened at the Thessaloniki Documentary Festival earlier this month. “The film is about the little flaws of human nature – in fact, about human nature per se,” he said.

Like the beach locals fondly refer to as “El Pedocin,” or Little Mussel, Trieste itself is no stranger to turf wars.

For most of its history, the city has been a microcosm of European tensions, often changing hands between different powers. For about three centuries it was the Austro-Hungarian Empire’s only seaport and commercial hub, drawing different ethnic groups and gradually evolving into a capital of literature and music. The collapse of the Austro-Hungarian Empire and Trieste’s annexation by Italy after World War I led to its decline. The city’s character barely survived Mussolini’s “Italianization” campaign, and in 1945 Trieste was occupied by Tito’s Communist Partisans, who had already seized the Istrian Peninsula, in the northern Adriatic. Under diplomatic pressure from the Western allies, the Yugoslav troops eventually withdrew from the city. After World War II, Trieste was recognized as a free state, though it remained under military occupation until 1954, when it was returned to Italy. The city these days hosts a mixture of Italians, Serbs, Slovenians, Greeks, Jews, Austrians and Germans. Some of the history is presented in archival material in the film.

“These are the childhood years of most people on that beach. Some of them feel a certain nostalgia for the glorious past of the Austro-Hungarian Empire, although it’s something they never actually experienced,” Anastopoulos said.

The characters – themselves products of the city’s history – speak in Triestino, an Italian idiom infused with neighboring dialects, which is barely understood outside the city’s limits. “When the movie was played in Italy it featured subtitles. Subtitles are indeed necessary anywhere it may screen,” the director said.

A philosophy graduate-turned-filmmaker, 52-year-old Anastopoulos has directed three fictional films – most famously the 2008 drama “Diorthosi” (Correction), an existential tale set against the backdrop of a Greece struggling to come to terms with its migrant newcomers.

Anastopoulos’s previous film, child-kidnap thriller “I Kori” (The Daughter), was made amid the country’s financial meltdown and very much conveyed the anger and frustration. “I needed to make another movie, to restore my faith in man, the belief that not everything is lost,” said Anastopoulos, who has lived in Trieste with his Italian wife since the birth of their son in 2007.

His wife used to take their son to El Pedocin when he was still a baby. Interacting with the regulars there brought back memories of his own childhood, when his father, a winter swimmer, would drive him to the beaches of Alimos or Kalamaki on Athens’s southern coast. “When I saw this community of bathers I already felt some connection to them,” he said.

Created in 1890, the beach, just a stone’s throw from the city center, is famous for a 3-meter-high cement wall that segregates the men from the women – allegedly the only such divide in Europe (which, interestingly, appears to have a liberating effect on its patrons). “I became fascinated by that wall. It made me think about borders, divisions and identities – all mixed up with the city’s particular history,” Anastopoulos said.

No feature film had ever been made about El Pedocin; every so often, instead, it would appear in brief news reports about its peculiar wall. So Anastopoulos was really surprised to find out that while he was preparing for the film, another Italian director was making similar plans. Born in Trieste, Del Degan was brought here by his grandparents.

The Greek and the Italian met and agreed to join forces. After all, they were both animated by the same vision. “We wanted to tell a story about the human adventure. What it is like to live, to grow up, to experience loss, and to die,” Anastopoulos said.

They adopted a purely observational style, stripped of any narration or commentary. Shooting lasted one year. During those 12 months, the crew visited the beach 128 times, collecting 200 hours of film. Production lasted five months. The movie’s running time, 119 minutes, could alienate more impatient viewers.

Days pass and seasons change on El Pedocin as mammoth Turkish container ships come and go in the background. Some of the frailer patrons will not return. But when September rolls around, we see Federica sitting on the pebbles, gently stroking her pregnant belly.