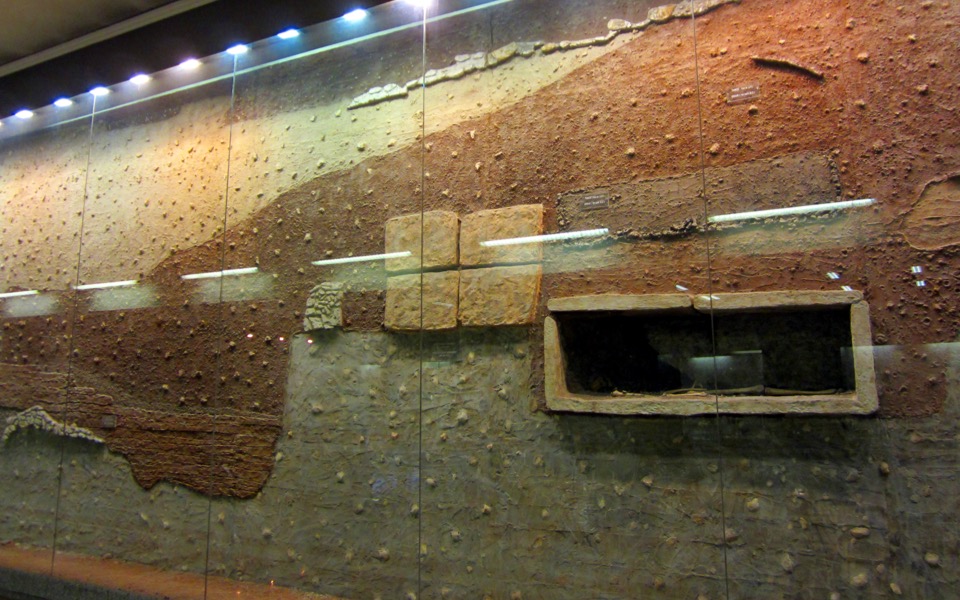 Antiquities on display at metro stations 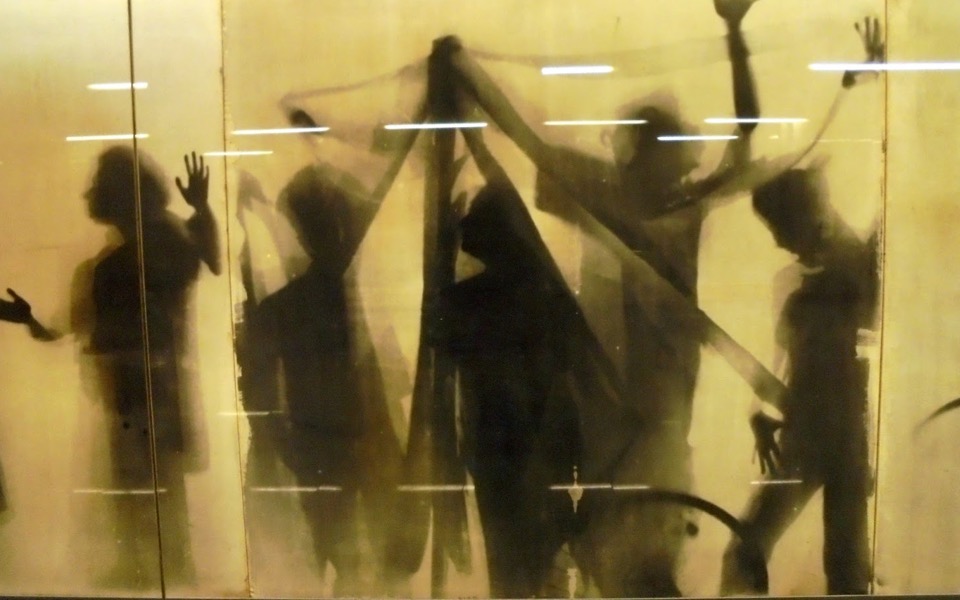 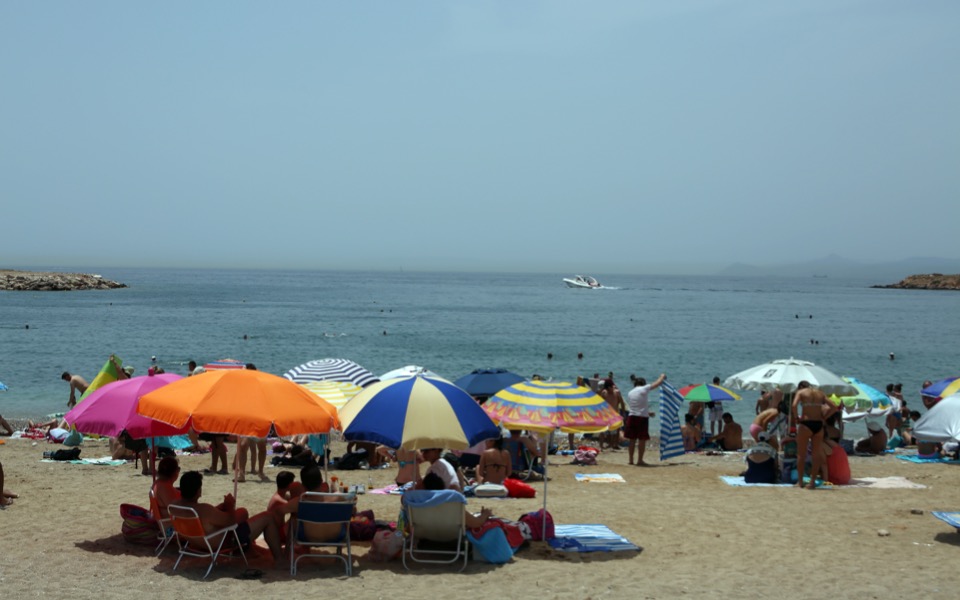 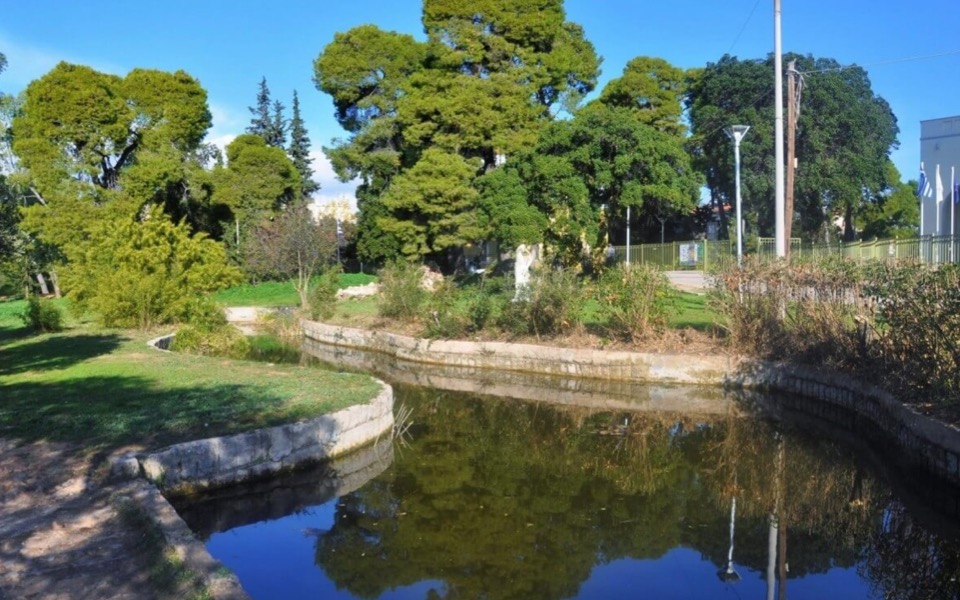 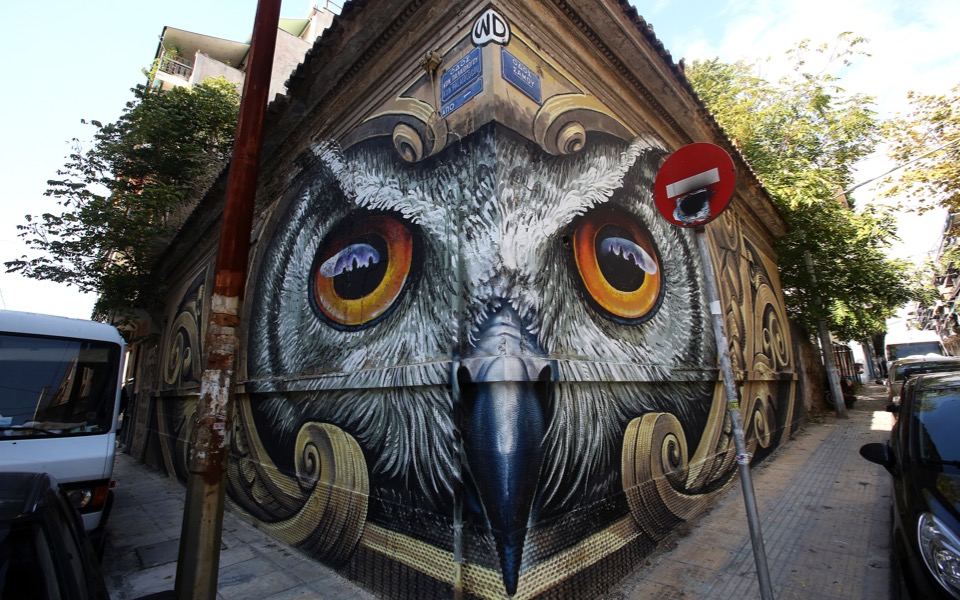 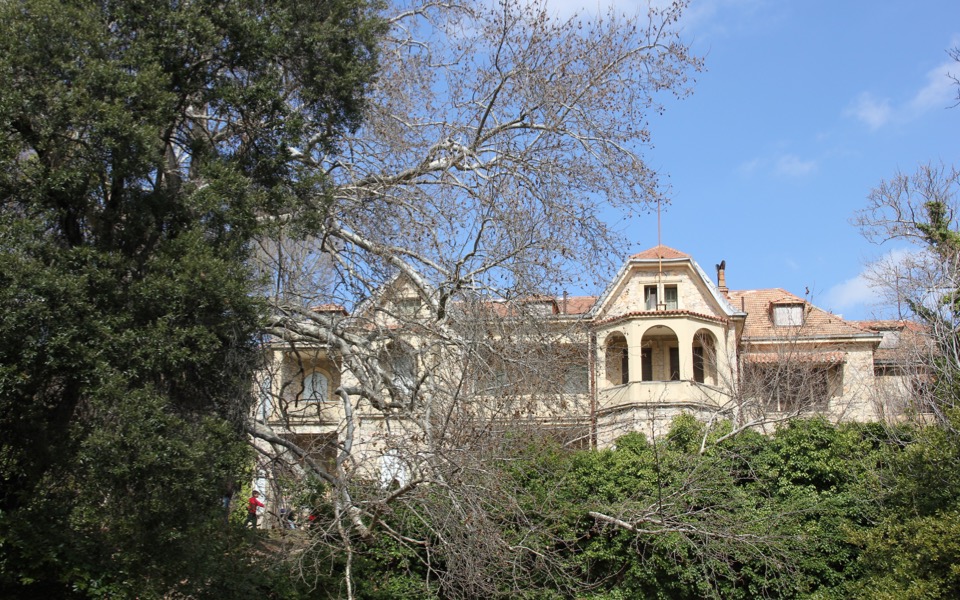 After taking in the main sites of Athens, going on museum tours and shopping for souvenirs, you may not like what you see when you check your bank balance. Don’t worry, there’s plenty to do in Athens on a tiny budget.

A regular ticket covering journeys on the Athens metro, ISAP electric railway, buses and trolley buses costs just 1.40 euros. It is valid for an hour-and-a-half and allows you to change between the different modes – taking you from the city’s parks all the way to the sea on the southern coast. On Fridays and Saturdays, moreover, the metro runs until 2 a.m. instead of midnight, allowing you to sample the nightlife beyond the city center.

Athens is a treasure trove of archaeological sites and monuments, and although you have to pay to see most of its artifacts up close, you can always opt for the simplest, stripped-down experience.

Acropolis, Monastiraki, Syntagma and Panepistimio metro stations all host displays of ruins and artifacts unearthed during the underground system’s excavation. History buffs should venture out to Aegaleo station too, as its exhibition sheds light on the Sacred Way that linked Athens to the Sanctuary of Demeter at Eleusis in ancient times.

The Athens metro also represents some of Greece’s most celebrated artists. Evangelismos station, for example, boasts a sculpture by Chryssa titled “Mott Street” inspired by Manhattan’s Chinatown. The light installation at Ambelokipi is by Greek-American abstract artist Stephen Antonakos, while two installations by pioneering sculptor Takis can be viewed at Syngrou-Fix station. The confetti mural “Football Players” at Omonia is by Pavlos and Nikos Kessanlis created “Queue,” inspired by the constant river of commuters at the busy station. George Zongolopoulos also contributed one his signature umbrella sculptures to Syntagma, but keep your eyes peeled across the network, because you can see pieces by most of the great Greek modern artists, among them Yiannis Moralis, Alekos Fassianos, Yannis Gaitis, Opy Zouni and Costas Varotsos.

That same 1.40-euro ticket gets you on the tram, which runs from Syntagma down to the capital’s southern coast, turning west toward Neo Faliro and bringing you to one of the biggest urban and cultural developments in Athens in more than a decade – the Stavros Niarchos Foundation Cultural Center (www.snfcc.org). A treasure designed by Italian architect Renzo Piano, the SNFCC does not charge admission and has tons of areas to explore and things to do: gardens arranged in themes, a gallery, an area where sound installations allow you to make your own music, a pop jet fountain to cool off or just play in, and giant chess sets, to name but a few. It also hosts live music shows every so often, as well as yoga and pilates classes. If you’re using the metro, there’s a free SNFCC shuttle bus running regular services between the park and Syngrou-Fix station.

A day at the beach

Back on the tram, the eastern line takes you to suburbs Palaio Faliro, Alimos, Glyfada and Voula, among others. There’s dozens of free and pay beaches along the southern coast, but only two have been awarded a Blue Flag for the good quality of their bathing waters: Beach A in Voula (Asklipio Voulas stop) and Glyfada Beach (Paralia Glyfadas stop). You can also hop off at the Flisvos or Mikrolimano marina to catch the sea breeze and check out the mega-yachts.

Athens has received a bad rap for not having enough parks, but once you know your way around, you’ll realize you’re never far away from at least one green space. Beyond the National Garden and pocket parks in many parts of the city, there’s Athens’s main hills – Lycabettus, Philopappou and Ardittos – where you can have a brisk walk, enjoy a great view and soak up some history. Further afield, the Diomidis Botanical Garden in the western suburb of Haidari (403 Iera Odos; take the A16 bus starting from Koumoundourou Square to Elefsina and get off at the Diomedis stop) is a 166-hectare paradise containing more than 3,000 species of native and exotic plants.

Taking the 550 bus from the Panathenaic Stadium (Kallimarmaro) or the National Gallery or the ISAP train, head north to Kifissia, an affluent leafy suburb that is home to the summer residence of Greece’s former royal family. The Tatoi estate can be reached from Kifissia Square on the 503 bus, getting off at the 13th Varympopis stop. It’s a bit of a walk from there, but worthwhile, especially if you’re interested in royal history.

The 550 bus also takes you to the suburb of Maroussi, home to the Syngrou Park, one of Athens’s biggest and perhaps its most overlooked. It is a 97-hectare green oasis with lovely walking and jogging trails, a soccer pitch and playgrounds.

Back in the downtown area, a stroll through all or any of the Psyrri, Metaxourgio, Anafiotika and Exarchia neighborhoods will give you reward you with a healthy dose of street art. Amid the masses of meaningless tags and doodles, you’ll spot meaningful creations by students from the School of Fine Arts and many more Greek and foreign artists, the majority inspired by the economic crisis and its effects. Highlights include the owl mural at 50 Palaiologou Street in Metaxourgeio by WD and a massive portrait of the ancient Athenian statesman, lawmaker, and poet Solon, titled “System of a Fraud,” by iNO on Achilleos Street in the same area.

Alternatives that don’t cost a cent

You can always explore Athens for free by walking around and asking locals or by using the services of volunteer and professional guides. Find out more about free walking tours of the city on the following websites:

www.freetour.com/athens (alternative free walking tour for small groups and evening tours, among other)

Another fun way to get around the Greek capital is by bicycle, though visitors are advised to exercise caution, especially if cycling with children, as Athens’s streets can be quite chaotic.

Athens Freeday Cycling Tours start from Thiseio every Friday night, but you’ll need to bring your own bicycle or borrow one from a friend.

The City of Athens rents bikes at Technopolis (100 Pireos), which are free for the first half-hour and then cost 1 euro per additional hour. For more information, view their website athens.easybike.gr/en.