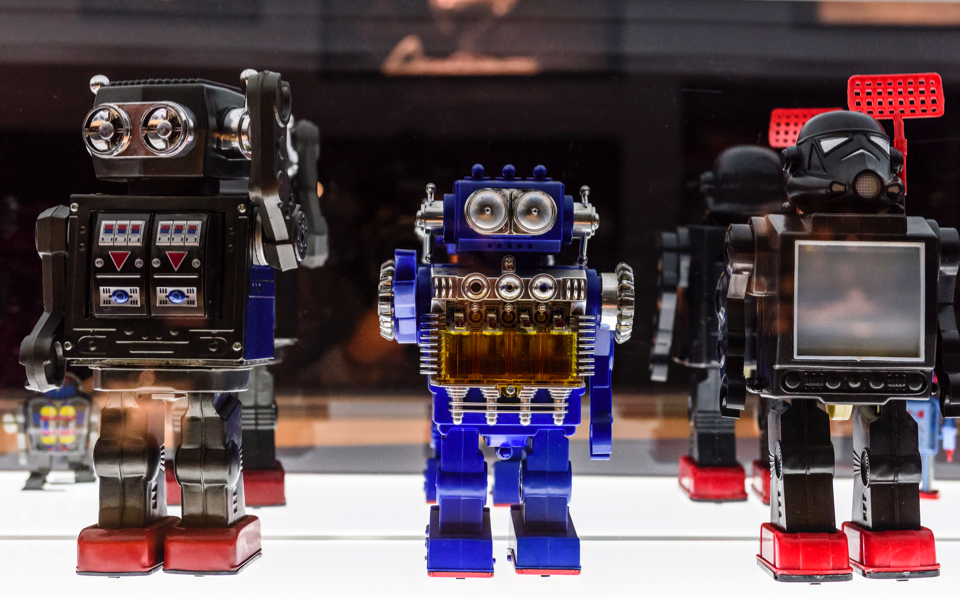 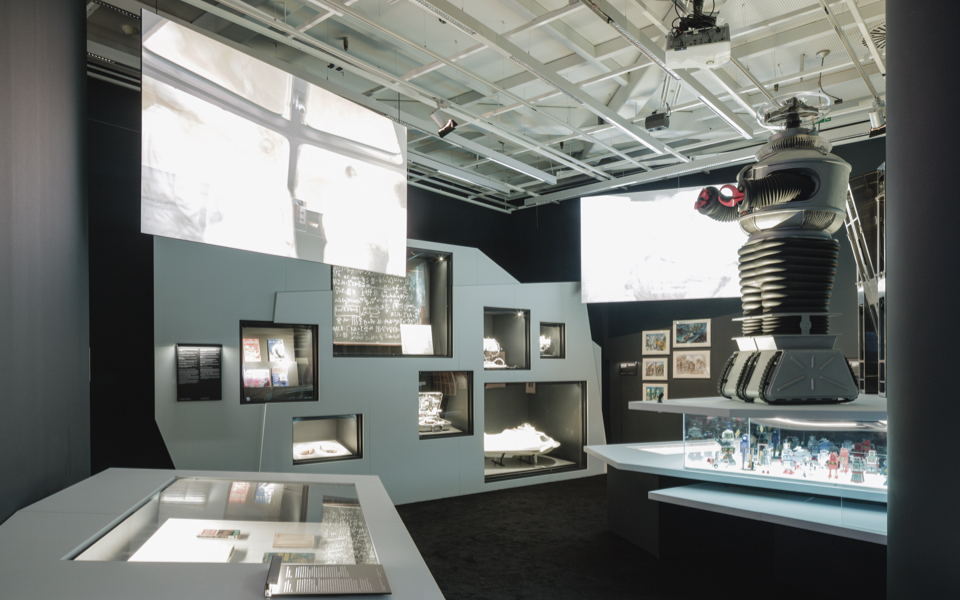 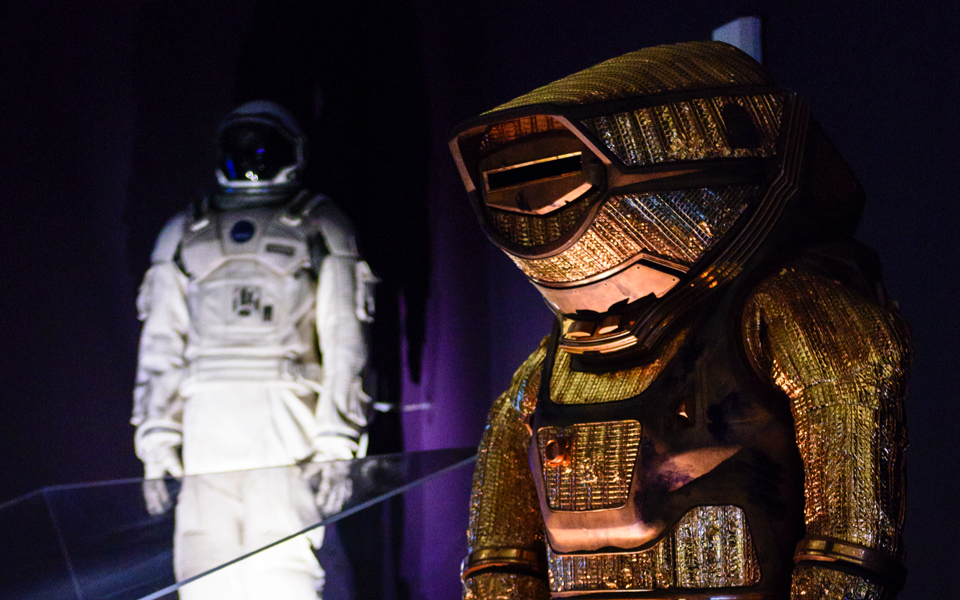 “What era of science fiction would you like the exhibition to focus on?”
“Hm. All of them.”

That was roughly how the conversation about creating the exhibition “Into the Unknown: A Journey Through Science Fiction” ended between the Swiss historian, writer and curator Patrick Gyger and management at the Barbican in London. The exhibition, which ran from June to September in the UK capital, has now come to the Onassis Cultural Center in Athens.

At first, Gyger thought he would just be providing the organizers at the Barbican with some assistance to help them set up a run-of-the-mill sci-fi exhibition with spacecraft and aliens that he was not interested in taking a greater role in. However, the final result was something different: an exhibition about science fiction as a genre and its many varied forms.

“Science fiction existed 200 years ago or 2,000 years ago, depending on who you ask,” Gyger told Kathimerini. The satirist Lucian of Samosata (c. AD 120-180) is considered by many to be the father of the genre thanks to his most famous work, “A True Story,” which features the earliest known depictions of space travel, alien life forms and interplanetary warfare. Others cite Mary Shelley as the mother of science fiction, with her classic tale of experiments gone wrong in “Frankenstein.”

Gyger himself dates the dawn of science-fiction writing to the 16th century and that era’s tales of explorations of strange, utopian lands.

The “science” in science fiction is generally a way to distinguish the genre from fantasy stories involving ghosts, magic, dragons and other supernatural elements. Science fiction generally requires a logical basis on which fantastical stories can be built. “In the one, if a plant starts talking it is because it is haunted, whereas in the other it is probably because it is genetically engineered or a robot. Science fiction creates a different world in order to say something about our own,” the curator said.

The exhibition begins with the section “Extraordinary Voyages” and the different worlds that have been imagined by writers throughout the ages – from the writings of Jules Verne, to “Gulliver’s Travels” to “Jurassic Park.”

Then you can take a tour of “Space Odysseys,” visiting the familiar-to-many universes of the Star Trek and Star Wars franchises, “Close Encounters of the Third Kind” and “Interstellar.”

“Brave New Worlds” offers visions of the future – societies and cityscapes, dystopian and not – such as in the worlds of “Metropolis,” “1984,” “The Hunger Games,” “The Handmaid’s Tale” and others.

Cyborgs, robots and forms of artificial intelligence such as the Terminator, TARS from “Interstellar” and Sonny from “I, Robot” – at times humanity’s allies, at others its enemies – are the focus of “Final Frontiers,” a section exploring questions of human identity and transformation, augmentation and mutation.

The show features a total of 800 exhibits, some of which are rare and valuable, such as the Harkonnen Capo chair which was created for the film “Dune” by H.R. Giger, who was also part of the special effects team that won an Academy Award for design work on the film “Alien,” and sketches by the artist and special effects pioneer Ray Harryhausen, who became widely known for creating the Earth-attacking monster in the 1957 film “20 Million Miles to Earth.”

“Science fiction is not first and foremost about spaceships blowing up,” Christos Carras, the general manager of the Onassis Cultural Center, told the newspaper. He cites “The Left Hand of Darkness” by Ursula K. Le Guin, which depicts a world inhabited by beings that can switch gender at will, which – in 1969 and via science fiction – raised awareness about gender identity.

After all, sci-fi has been often used as a vehicle to raise questions about politics, race and more, as will be explored in the parallel events being held alongside the exhibition at the Onassis Cultural Center, as well as in an upcoming Afrofuturism festival at the OCC.

“Our goal is for people to see the breadth of the genre, that this is a larger area than what we normally come into contact with through film,” Carras said.

While there is wide consumption of science-fiction books and films in Greece, few such works are created here. “On the contrary, it is minimal, and not just in comparison with the USA or Northern Europe, but even with other Balkan countries which produced many such works from the 1950s until the 80s. The audience is sophisticated but few works have been produced – a fact which continues today despite the explosion we are seeing in comic books,” says Thanasis Moutsopoulos, a professor of art history at the Technical University of Crete who will be participating in panel discussions about science fiction in Greece in the context of the exhibition.

Before we hung up the phone, Gyger told Kathimerini that society as a whole needs more positive visions for the future and that science fiction can provide them. But of course it is dystopian visions that tend to make more of an impression – like that represented by Darth Vader’s mask – one of the event’s most iconic exhibits.

Athens on the brink of the modern age, 100 years ago

Photographic tribute to Syria on display in Volos

Sailing the seas of Costas Tsoclis at Tinos museum