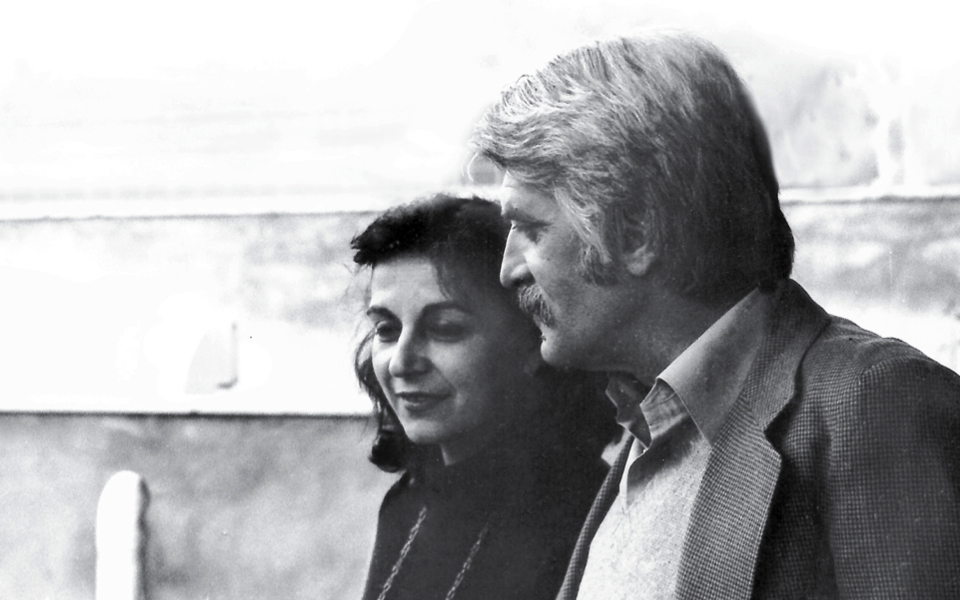 Dr Efi Sapounas-Sakellarakis next to her partner, the late Yannis Sakellarakis. 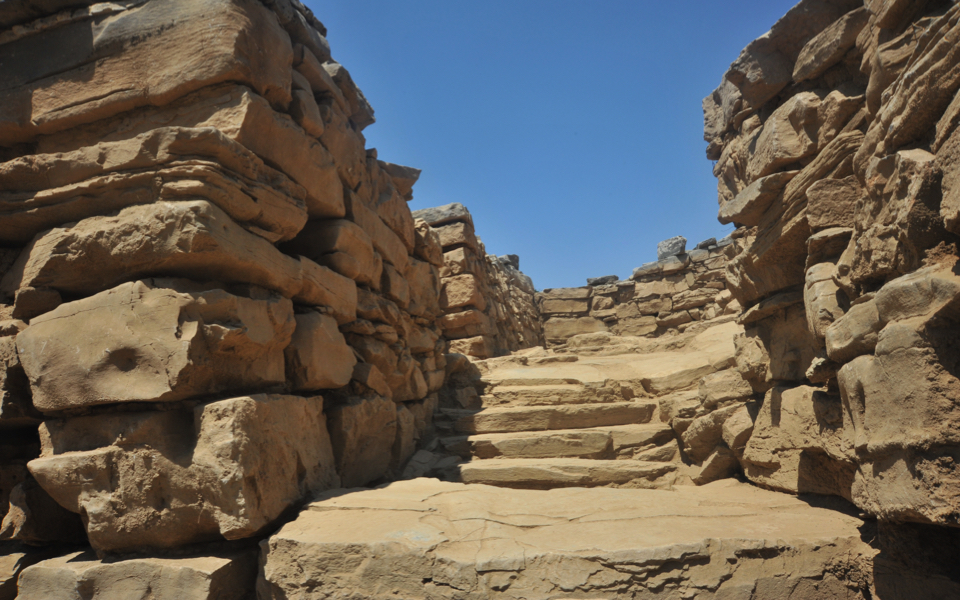 It is the first time that a multistory building has been found on a rock in a center of habitation, Sapounas-Sakellarakis says of the archaeological site in the foothills of Mount Psiloritis.
Iota Sykka
September 25, 2018 25.09.2018 • 17:43

The Minoan palace of Zominthos was a complex with three-story buildings grounded in the rock at 1,200 meters above sea level. As early as 2000 BC, worshippers started placing offerings in clefts in the rock, such as “egg cups” – simple cup-shaped vases with a disc-like base – both painted and plain. The honorary director of the Antiquities Department, Dr Efi Sapounas-Sakellarakis, spoke enthusiastically to Kathimerini about the results of the annual excavation of the Archaeological Society at Zominthos, a small plateau in the northern foothills of Mount Psiloritis on Crete.

The palace of Zominthos, she says, had more than 150 rooms.

“It was a brilliant architectural combination in both design and construction. The large limestone floor slabs, which look like marble, have not been found elsewhere in the area,” she said, adding that “they were brought there from a quarry 20 kilometers away.”

“It was a religious, political and economic center that was also in use in the post-Mycenaean era, as shown by the separate ritual vase found in one of the rooms on the west side. Fragments of a rhyton in the shape of a bull’s head, 30 centimeters high, were found by the late Yannis Sakellarakis east of this building, but we did not find such religious objects.”

This section yielded bronze daggers, seals, stone vessels and a fragment of a chalice with a small bronze spoon, dated to before 1750 BC. Sapounas-Sakellarakis also points out that, in excavation terms, it is the first time a multistory building has been found on a rock in a center of habitation. Interestingly, a stone vessel with a relief depicting a worshipper placing an offering on an altar between rocks had previously been found in the area of Gypsades Hill at Knossos.

Zominthos, where 20 years ago Yannis Sakellarakis launched the excavations that have been continued by his wife, is inexhaustible. This year, an entrance from north to south was discovered with a double door leading to a paved area built on a suitably shaped part of the rock. In Minoan times it may have served as an outdoor area for sports or ceremonies, and later as a courtyard of the building that the Romans built on the Minoan ruins.

Also interesting for the archaeologists was the discovery of a coin depicting the Emperor Hadrian. This, together with another one featuring Marcus Aurelius that was unearthed last year, confirms a Roman presence at the site.

Museum, archaeological site visits up in May

Minister calls for intensification of talks on return of Parthenon Marbles

Greece finds ‘Neko,’ a noblewoman buried in her jewelry 1,800 years ago