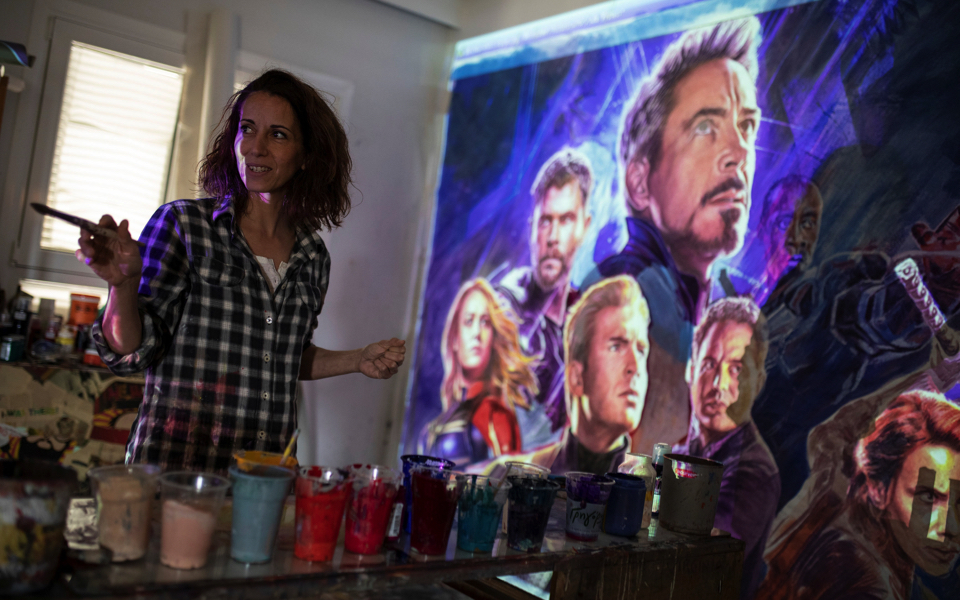 Greek artist Virginia Axioti is seen in her apartment as she works on the billboard of the ‘Avengers: Endgame’ movie in Athens. 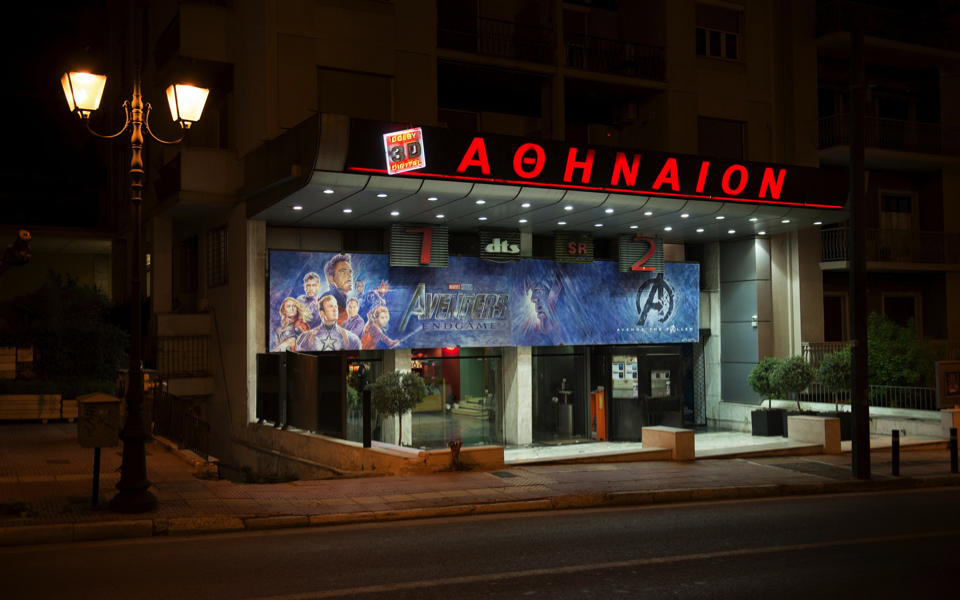 A painted billboard of the ‘Avengers: Endgame’ movie by Greek artist Virginia Axioti is placed at the facade of the Athinaion cinema in Athens.
RENEE MALTEZOU, MICHELE KAMBAS
April 29, 2019 29.04.2019 • 00:51

Greek artist Virginia Axioti’s work is seen by thousands of people every week, but none of it is digital. As the designer of hand-painted billboards that hang over the entrance to Athens’ Athinaion cinema advertising the newest film, she can count on a regular audience without having to embrace the internet.

Her latest work set the scene for the Greek opening on Wednesday night of “Avengers: Endgame” from Disney’s Marvel Studios, the culmination of 22 Marvel films since 2007, which could break global box-office records.

Sticking with hand-painted billboards continues a tradition introduced in 1960 at the 970-seat cinema, when it was founded by Axioti’s grandfather and great-uncle. One of the city’s oldest cinemas, it is the only one that still crafts its billboard posters by hand.

“The most basic difference [with digital posters] … is the human touch. It stands out, the gaze will stay on it … it is not static, it is like something alive,” the 41 year old artist, now a co-owner of the cinema, told Reuters.

Still, creating an advert for Disney’s latest blockbuster sets a particular challenge, with seven superheroes in various poses to accommodate.

“I am forced to add more elements than I would [normally], which makes it too busy for my taste, like it has a lot of noise,” Axioti said from the studio in her home in an Athens suburb, as she deftly added color to Tony Stark’s hair, played on screen by Robert Downey Jr.

Axioti works in turns with Vassilis Dimitriou, a former boxer who has been painting for the Athinaion for over four decades.

The cinema’s location at a busy intersection in the Ampelokipoi district of the city guarantees a big audience for her work and allows passers-by an opportunity for escapism however brief, she said.

Axioti, a fine arts graduate who also sings and plays music, spends three to four days at a time to complete a poster and produces between 20 and 25 each year.

The size of the billboards, which average 6.2 x 2.20 meters pose a regular challenge, she says, because she is quite petite.

Her favorite billboard was for the 2017 drama “Darkest Hour” about a period of Winston Churchill’s time as British prime minister during World War Two.

A big fan of the actor Gary Oldman who plays Churchill, she liked it so much, she said, that she kept it at home for a day, just so she could keep looking at it on her living room wall.