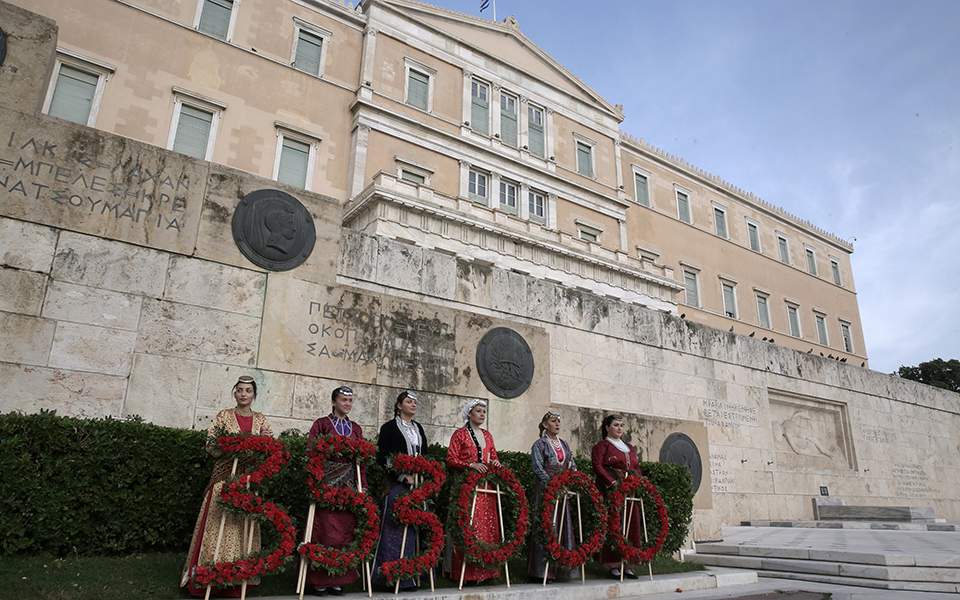 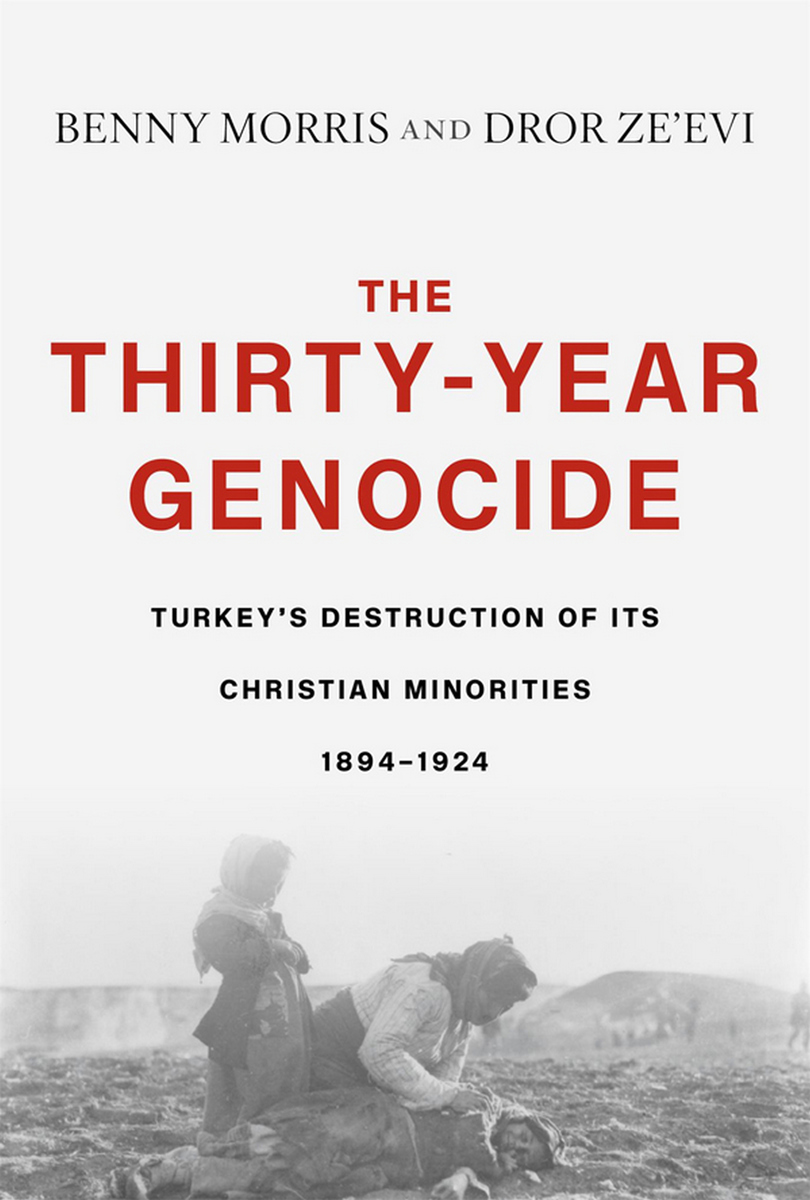 “Altogether between 1919 and summer 1923, about 1.5 million Greeks were cleansed from Asia Minor and Eastern Thrace. Almost all were resettled in Greece. But several hundred thousand Ottoman Greeks had died. Either they were murdered outright or were the intentional victims of hunger, disease, and exposure,” Israeli historians Benny Morris and Dror Ze’evi write in their extensive study that was recently published in English where they claim that Ottoman administrations between 1894 and 1924 engaged in an escalating elimination of Christian minorities across Ottoman territory.

Their book, “The Thirty-Year Genocide: Turkey’s Destruction of its Christian Minorities, 1894-1924,” was published a few weeks ago by Harvard University Press (the book will be published in Greek by Patakis). The volume brings together their lengthy research into the causes and the process of wiping out the Assyrians, the Armenians and Ottoman Greeks which is based on Turkish archives and, mostly, archives of foreign consular services at that time.

The most lethal stage of that 30-year period was 1915-16, Morris says. “In the beginning they deported most of the Armenians living in eastern and central Turkey and killed them, either outside the city or along the deportation routes. And in 1916 they completed the killing by killing those who somehow reached the Syrian desert. So in those two years they killed between 600,000 and 800,000 Armenians,” he says. The total number of victims over the three decades may be more than 1 million.

The two authors say that there may not be enough evidence to determine the number of Greeks who died at the hands of the Ottoman Army during the period in question. However, they stress that between 1919 and 1924 hundreds of thousands of ethnic Greek Ottoman citizens were murdered “when the Turks systematically massacred army-aged men and deported thousands of men, women and children to the interior and then, in a second stage, to the coasts, from which the survivors were shipped off to Greece.”

Asked about the massive killings of Pontic Greeks and whether the research backs up genocide claims, Morris says: “I know Greek historians have spoken about 1 million killed but we certainly reached hundreds of thousands of Greeks murdered so you can certainly call that genocide… If you look at the definition of genocide by the United Nations there’s a definition which includes not only the will to destroy and the actual destruction of people but also culture, infrastructure etc, and that applies to what happened to the Greeks as well as the Armenians in Asia Minor,” he says.

Morris acknowledges that most of the victims were Greeks living in the Black Sea region, but he believes that the persecutions and killings also targeted Greek populations in the wider area.

“During 1923 the Turks systematically expelled and killed Greeks living in the Pontus but also Greeks living in the center of the country and living below the coast of the Aegean. So it wasn’t about Pontus…,” he says, adding that “probably the largest concentrations of Greeks in Turkey were in Pontus, that’s true.”

The book also refers to the atrocities and the crimes carried out by the Greek troops during Greece’s Asia Minor campaign and the withdrawing of the Hellenic Army in 1922. However, they point out, the actions of the Greek soldiers did not justify Turkey’s actions in Smyrna. Unlike the Armenians, though, most Greeks were deported to Greece and escaped death, the authors say.

But what was it that drove Ottoman administrations from Ottoman Sultan Abdulhamid II to the Young Turks and Ataturk to implement a policy of mass expulsions, also with the participation of ordinary citizens? The answer is complicated, says Morris, who believes that there was no such thing as an organized plan from the very beginning, but rather “a desire and an intention which translates into policy in a staggered fashion.”

He says that Christians were seen as “a danger to the integrity of the state.” Furthermore, Abdulhamid II “is driven by Islamic beliefs when he orders the murder of Armenians,” while subsequently, during the time of the Young Turks, the campaign is driven by nationalism and the fear that the Christians will destabilize the Turkish state.

Nationalism, Morris says, is the driving force behind the actions of Ataturk while there is also an economic aspect which is very important.

“Among the masses who join the killing, especially civilians, plunder is extremely important when they are attacking Christians. They also want and steal their property: houses, land, jewelry, they also want their women (considered property),” Morris says. “But the state has also an economic interest when destroying the Christians because they want to inherit the Christians businesses, banks, factories, lands. So there’s an economic interest from the top and from each individual family which is involved in the destruction,” he says.

“Every massacre is accompanied by plunder and rape, it has to do with property in a sense, with sex and the state’s desire to reduce the number of Christians. [If] you rape Christian women, you end up with Muslim children.”

The conclusion of the book contains a brief reference to the “exaggerated, even paranoid” concern amid the Ottomans over the threat of Christian populations to the Turkish state. “But many felt them sincerely, much as many Nazis later took seriously the absurd notion of a Jewish ‘threat’ to Germany.”

Are there common elements between the Turkish persecutions and the Holocaust?

“We don’t have evidence that Hitler wrote in his journals that he followed Turks to what he did, but we do know that there was an enormous amount of admiration in Germany in the 1920s and 1930s for Ataturk,” says Morris.

“He was a revered figure because he was a dictator and because he managed to get rid of minorities as the Germans wanted to do with the Jews. And we do know that some of the practices of the Turks are similar to what Nazis did, the whole idea of deceiving the victims before they died, the use of other people to carry out the killings is replicated by Nazis in 1940. There are a number of things replicated by Germans [but] whether they were acting consciously, copying what the Turks did, or whether it simply worked out that way, we don’t know,” he says.

“It’s worth remembering that there were a lot of German officers in Turkey during the massacres of Armenians, [who in] WWI went back to Germany and some of them ended up in the Nazi party. What happened in Turkey left an impression on them.”

Athens: 111 places that you should not miss