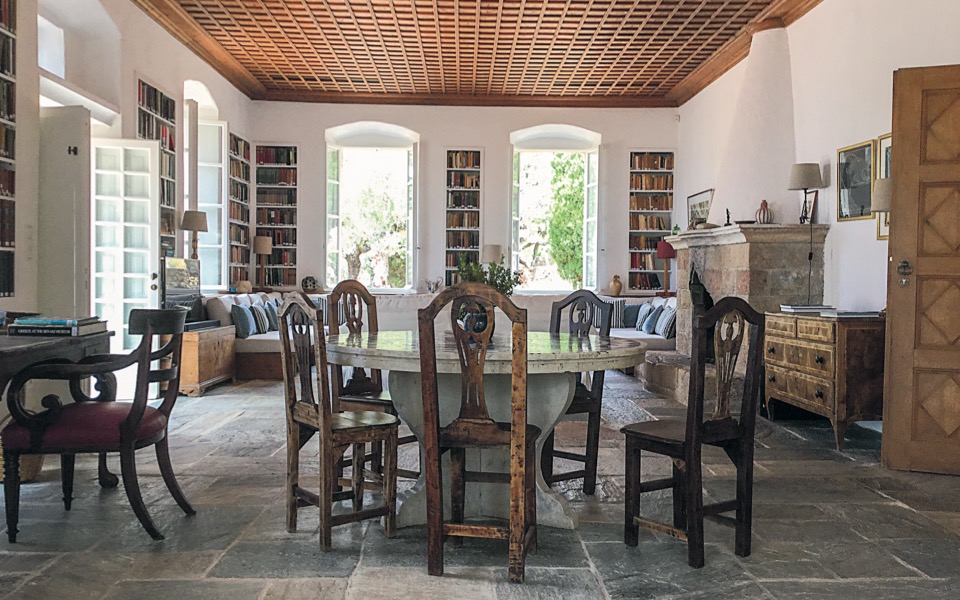 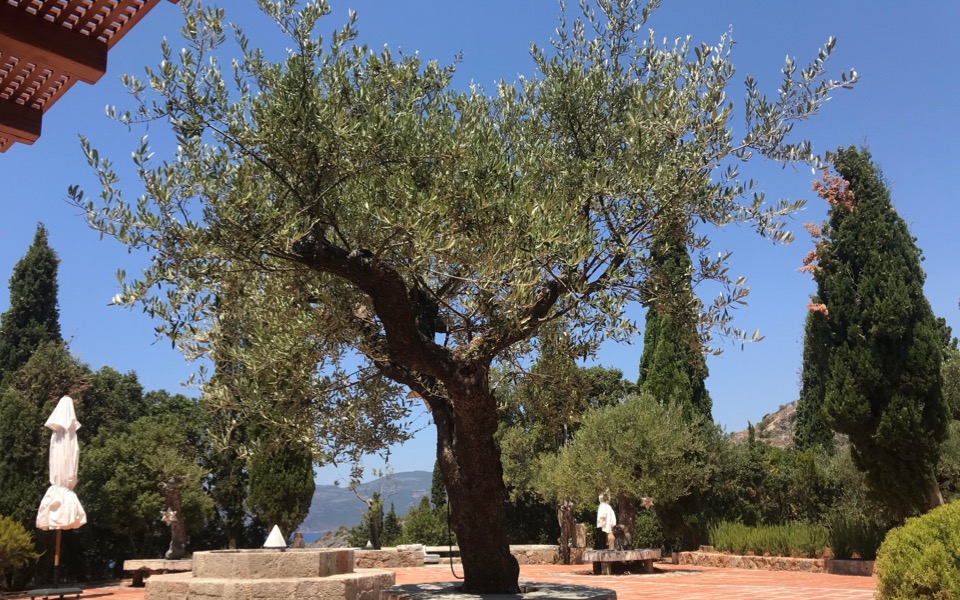 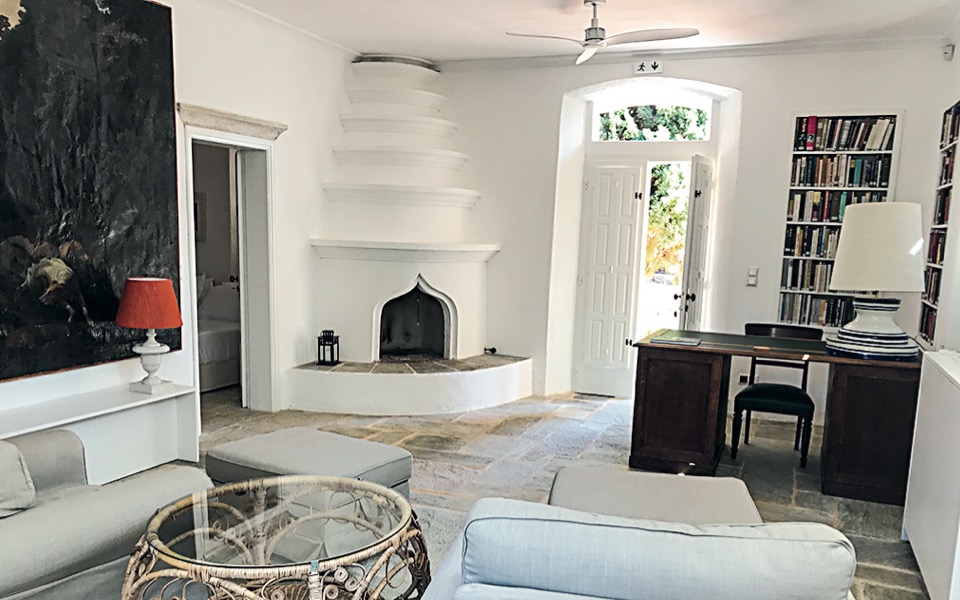 All of us hope to lead one good life. The fortunate seem to pack enough into their time to live twice over. But Sir Patrick (known in English as “Paddy”) Leigh Fermor led three full lives. As a young man he undertook an epic walk from Holland to Istanbul, having adventures, falling in love with penurious countesses, and creating a considerable personal legend.

During the Second World War he was an agent in the Special Operations Executive, aiding the Resistance in the mountains of Crete. And in the post-war years, he become one of the greatest English traveler-writers of the 20th century. Opinions differ about which is his greatest work, but “Mani” (1958) and “Roumeli” (1966) have had the greatest impression on me.

Since his death, Leigh Fermor’s life and works continue to expand. Two new volumes of his letters are in print, his account of the kidnap of General Kreipe has been published, Artemis Cooper’s compelling biography attracted considerable attention, and the Benaki Museum issued a worthy homage to the writer in 2017.

But there has been considerable interest too in Leigh Fermor’s material legacy. In 1996, Paddy and his wife Joan agreed to leave their house to the Benaki Museum. The property, built at a place called Kalamitsi near Kardamyli in the Mani, would become a writers’ retreat after their deaths. Paddy died in 2011 (Joan predeceased him), and the bequest materialized at a difficult time for Greece, with the economic crisis in full swing. It posed the Benaki Museum a big challenge.

The building of the house began in 1964 and it had scarcely been modernized since. I visited it in 2015 and saw how much work would be needed to make the house function for its new purpose. The roofs, windows, doors, shutters, bathrooms, kitchen and electrics all needed renovation. There was no air-conditioning or Wi-Fi. Thousands of books had to be catalogued, works of art conserved, security improved. All of this promised a big and costly undertaking.

Thanks to the Benaki Museum, a large grant was secured in 2016 from the Stavros Niarchos Foundation. The work began at once and was completed several months ago. I had the privilege of spending time at the house this summer and saw the completed restoration with my own eyes. It is magnificent: It has been done to the highest of specifications but has also preserved the authenticity of the original designs. The house is now ready for its new life as an educational center, but still feels like a home.

The house is built in an olive grove, overlooking the Messenian Gulf; behind it looms Mount Taygetos. The plot is uneven: On one side a precipitous cliff encloses a small bay, on the other the land tumbles down in terraces to a beach, which can also be reached via a public dirt-track. The main property consists of the house itself and the writer’s studio, set a few yards apart. On its principal level, the house is surrounded by a huge terrace, covered in terracotta tiles and interspersed with pebble mosaics. Into the terrace are sunk separate areas for seating, each formed around a stone table. From the terrace, the house looks like a single-story property. But in fact it spills over the terrace edge to enclose a lower level.

The house reveals itself only from within. It is unique: neither Maniat nor English, but the product of the imagination of the Leigh Fermors and their architect, Nikos Hatzimichalis. A barrel-vaulted vestibule leads into the heart of the house: an open arcaded gallery of stone, which resembles a medieval cloister and unites four suites of rooms.

The most magnificent is the enormous salon: the principal seating and dining area of the house. Its floor is made of green stone from Pelion, its ceiling is a fretwork of honey-colored pine. At one end is a beautiful Turkish hayiati with divan set around it. At the other end, the divan is warmed in winter by a stone fireplace, in Persian style. Into all the walls are set bookcases, each full of books. Also on this level are the two main bedroom suites and the kitchen. In the basement there is more accommodation.

Across from the main house is the studio that Paddy completed in 1969. It too is built of stone, with a pergola on the roof-terrace. The center of the study is the writing desk, around which are arranged the reference books, histories and literature that disciplined the author’s imagination. You feel his presence here.

To me the house has a split personality. On the one hand, it is wonderfully gregarious. It cries out for guests, for good company, for human conversation, for laughter. But it is also a place for study and for intellectual pursuits. Almost every room has spaces where you can sit down and quietly read and write, and the same is true outside. It will be perfect for a community of writers.

This is a glorious house – a unique expression of Anglo-Hellenism, built by two unique philhellenes – and it was a great honor to be the guest of the Benaki Museum. The president of Greece will formally reopen the house in October. The writers arrive next year. I wish them every inspiration and congratulate the Benaki Museum and the Stavros Niarchos Foundation for a magnificent restoration job. Thanks to them, Paddy and Joan’s memory and their love of Greece live on. Their legend will continue to grow.

Dr John Kittmer is chair of the Anglo-Hellenic League and has also served as Britain’s ambassador to Greece.

Eclair gets a Greek makeover in embassy initiative

A Catalan musician’s role in a historic reconciliation