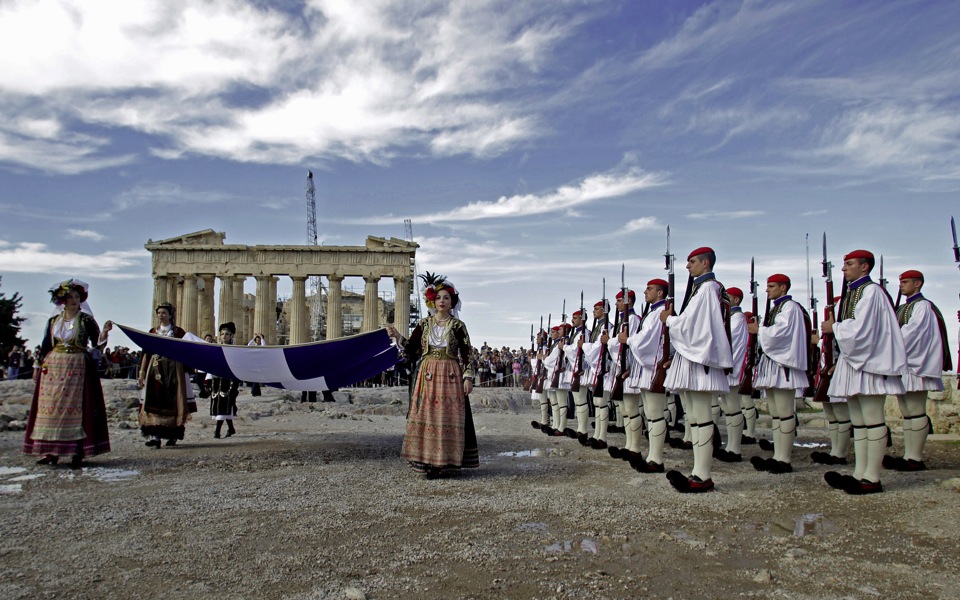 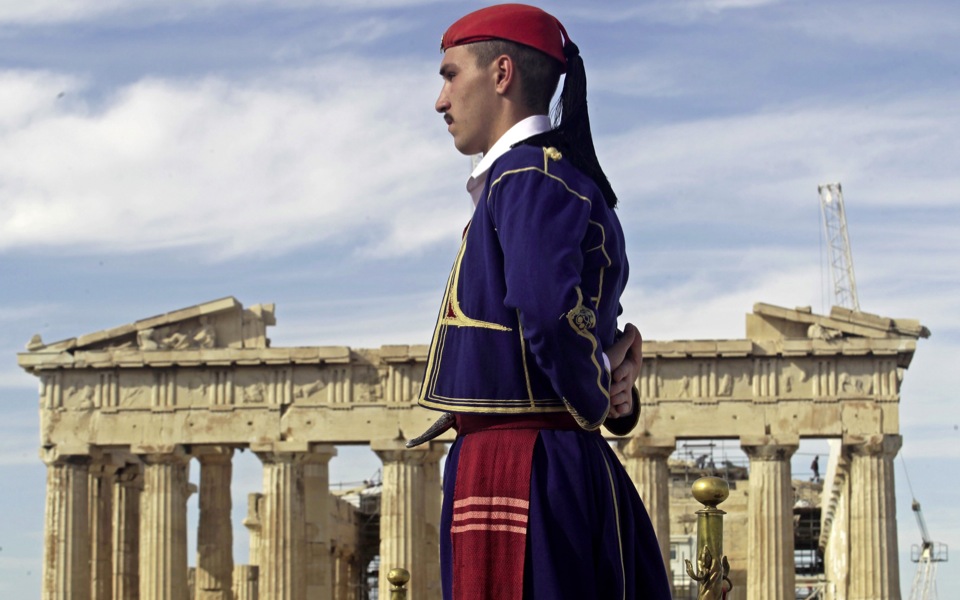 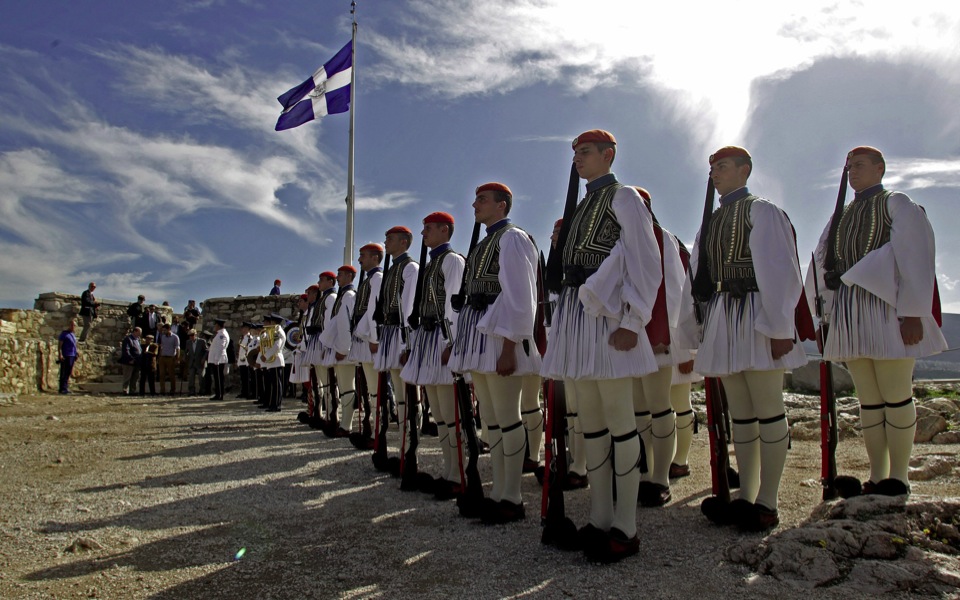 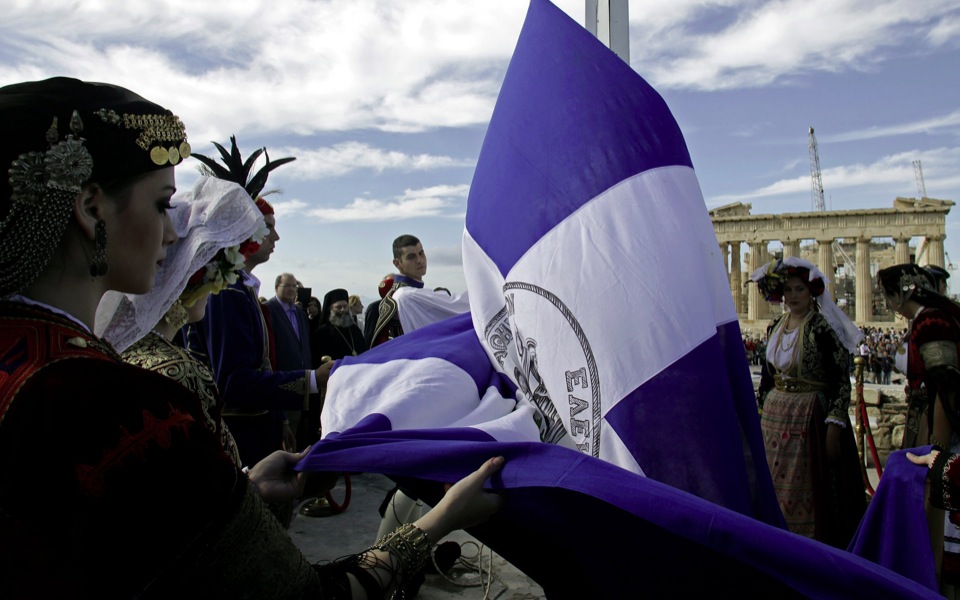 Women in traditional dress carried the Greek flag in front of the Parthenon Monday following a ceremony marking the 71st anniversary of the liberation of Athens from the Nazi occupation, which lasted from 1941 to 1944. To commemorate the event, Greek historians organized a historical walk through downtown Athens on Sunday. The walk is one of a series of events scheduled for October. More details are available at www.freeathens44.org.

Hundreds of refugees camped out at Victoria Square

Greeks vote on whether to give leftists another chance

Heading into the final stretch