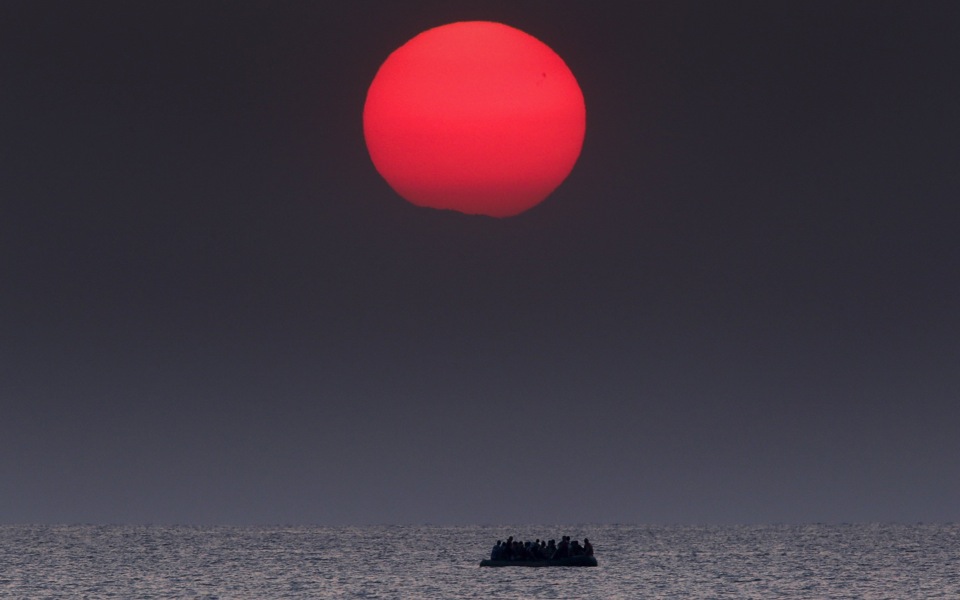 An overcrowded inflatable boat carrying Syrian refugees drifts in the Aegean sea between Turkey and Greece after its motor broke down off the Greek island of Kos, August 11, 2015. [Yannis Behrakis] 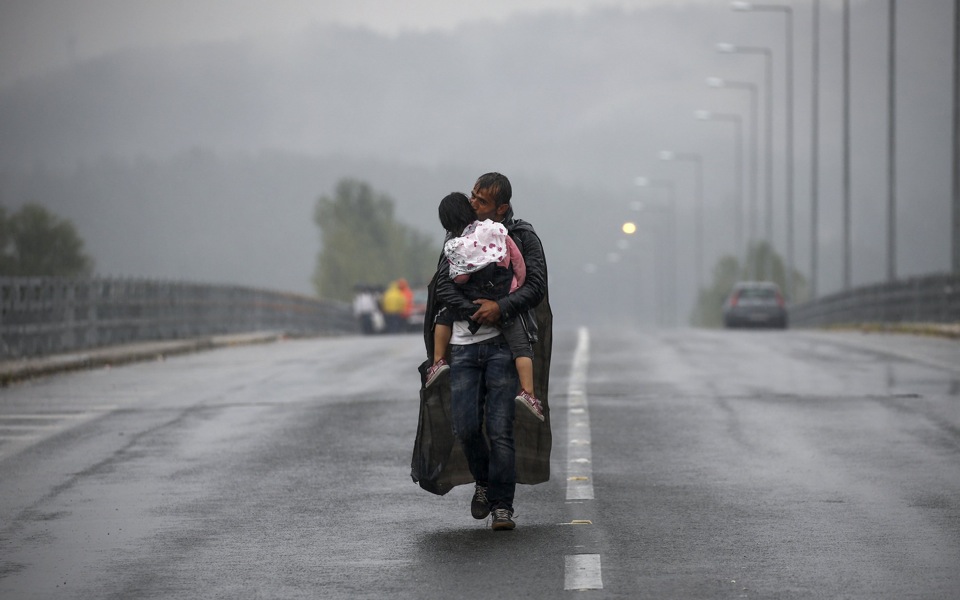 A Syrian man kisses his daughter as he walks through a rainstorm towards Greece's border with the Former Yugoslav Republic of Macedonia, near Idomeni, September 10, 2015. [Yannis Behrakis] 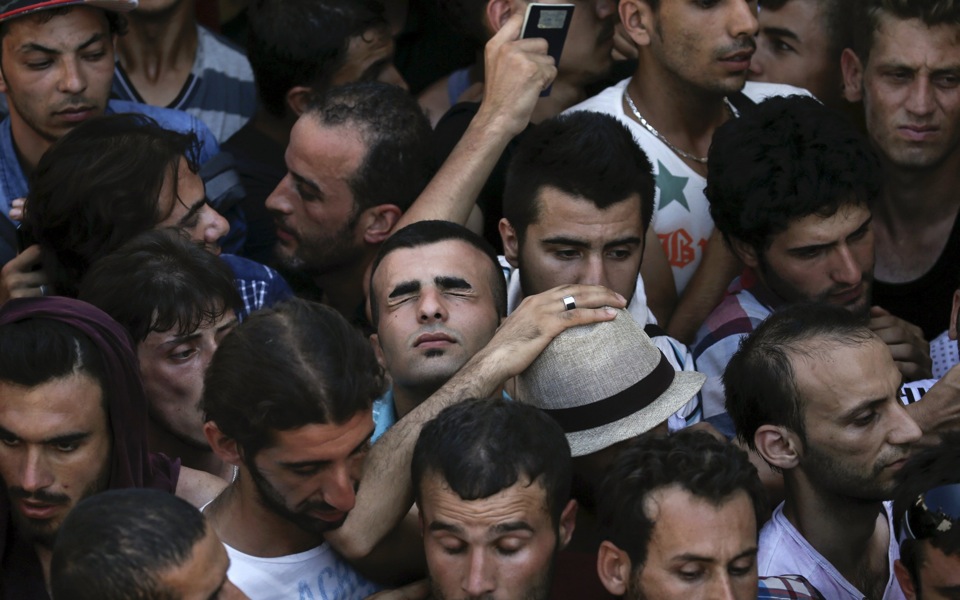 A Syrian refugee tries to catch his breath as he stands in a crowded line to get registered in the national stadium of the Greek island of Kos, August 12, 2015. [Alkis Konstantinidis] 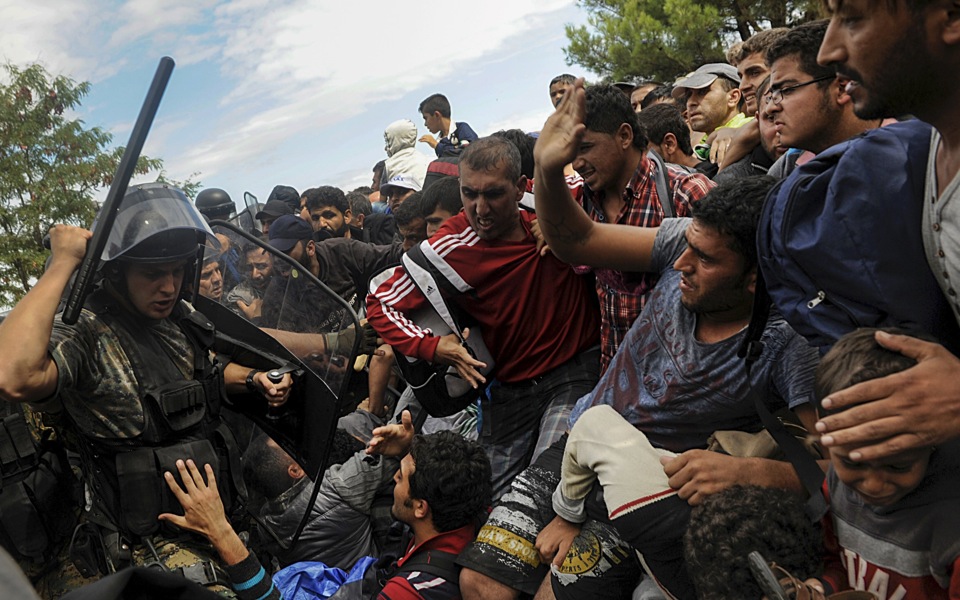 A police officer from the Former Yugoslav Republic of Macedonia (FYROM) raises his baton to migrants to stop them from entering into FYROM at Greece's border near the village of Idomeni, August 22, 2015. [Alexandros Avramidis] 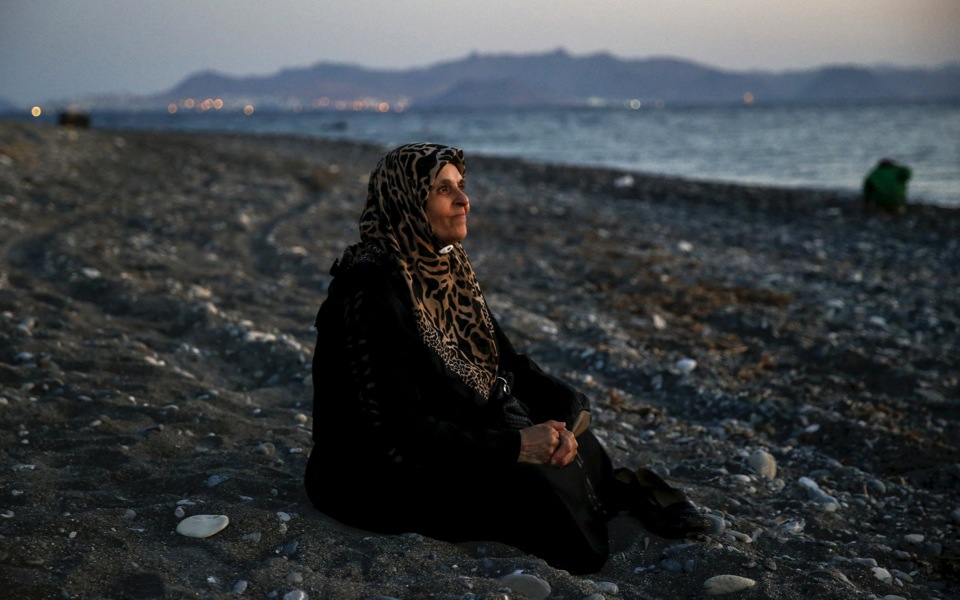 Amoun, 70, a blind Palestinian refugee who lived in the town of Aleppo in Syria, rests on a beach moments after arriving along with another 40 people on a dinghy in the Greek island of Kos, crossing a part of the Aegean Sea from Turkey to Greece, August 12, 2015. [Yannis Behrakis] 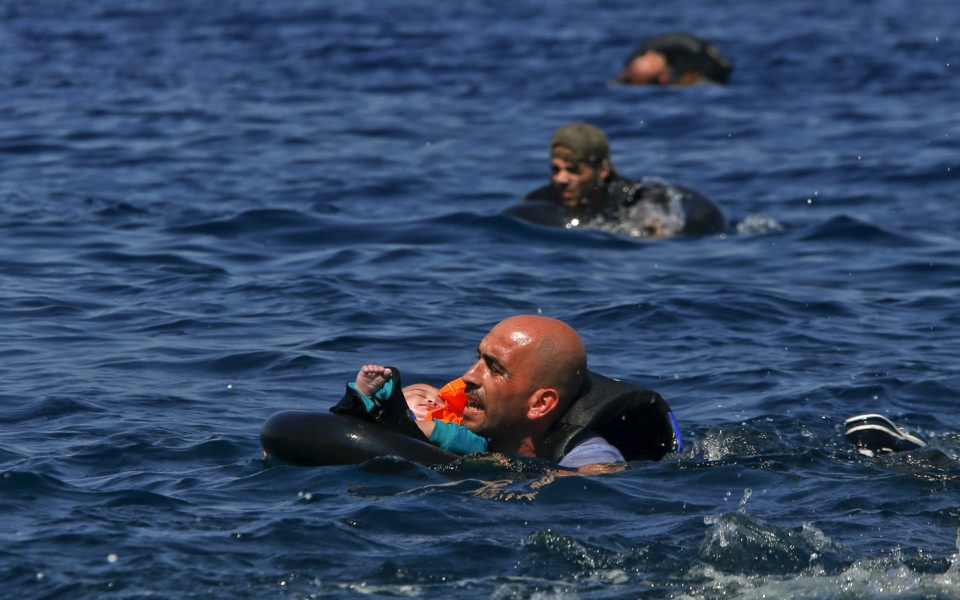 A Syrian refugee holding a baby in a life tube swims towards the shore after their dinghy deflated some 100m away before reaching the Greek island of Lesvos, September 13, 2015. [Alkis Konstantinidis] 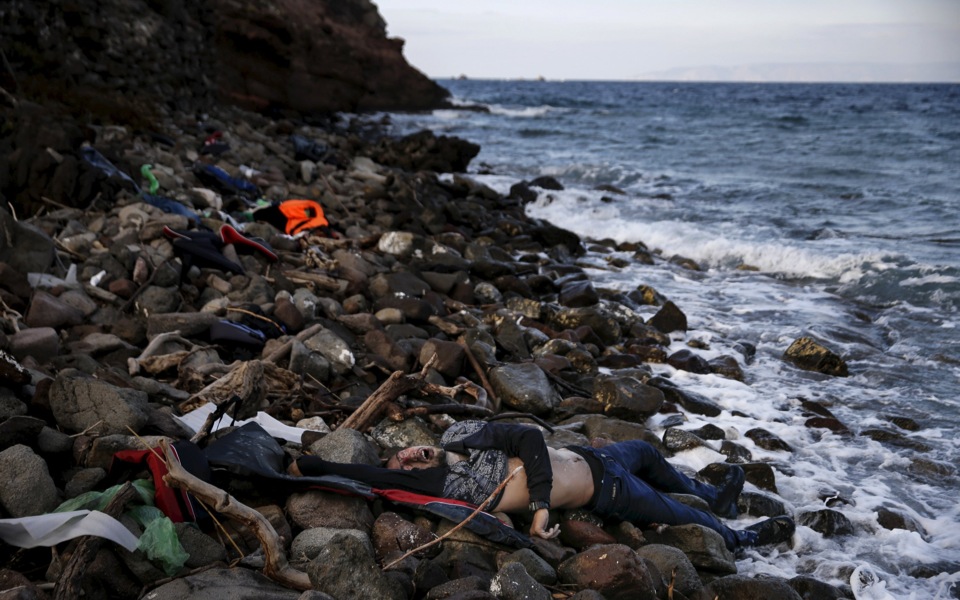 The body of an unidentified migrant is seen on a beach after being washed ashore, on the Greek island of Lesvos, November 7, 2015. [Alkis Konstantinidis] 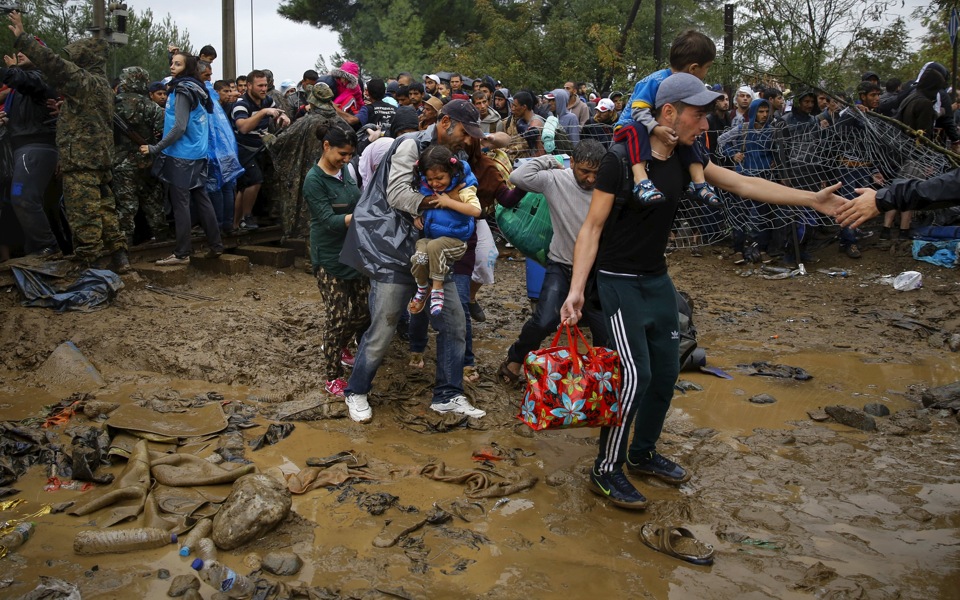 Three Greeks are among the photography staff of Thomson Reuters, which was awarded on Monday a Pulitzer Prize in the Breaking News Photography category, “for gripping photographs, each with its own voice, that follow migrant refugees hundreds of miles across uncertain boundaries to unknown destinations.” The Reuters photo coverage of Middle Eastern migrants arriving in Europe was led from Greece by Yannis Behrakis, chief photographer for Greece and Cyprus, and the Guardian newspaper's 2015 Agency Photographer of the Year. The other two Greeks on the team that was awarded in the 100th installment of the prestigious event at New York’s Columbia University are Alkis Konstantinidis and Alexandros Avramidis. The team captured a series of images of migrants crowded on flimsy sea craft and their first moments upon reaching Europe. “We showed the world what was going on, and the world cared. It showed that humanity is still alive,” Behrakis said. “We made for these unfortunate people’s voice to be heard. Now with a Pulitzer, we feel that our work has been professionally recognized.” Some images showed families rushing ashore, flailing away in the water or collapsing on the beach. Others juxtaposed the rafters at sea with a cruise ship or a leaping dolphin or the setting sun.This year's announcement marked the 100th anniversary of the Pulitzers, which began in 1917 after a bequest from newspaper publisher Joseph Pulitzer. [Reuters/Combined reports]