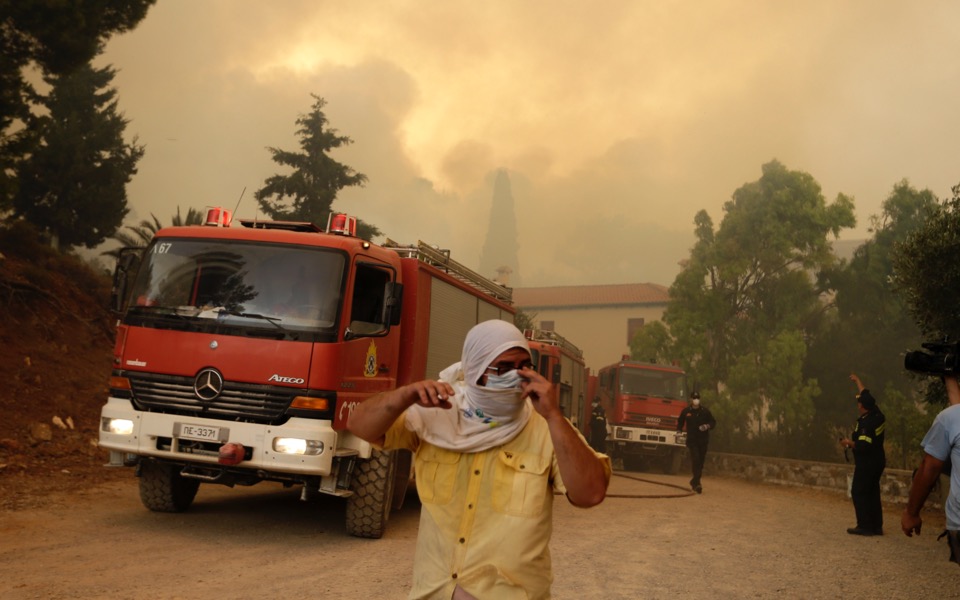 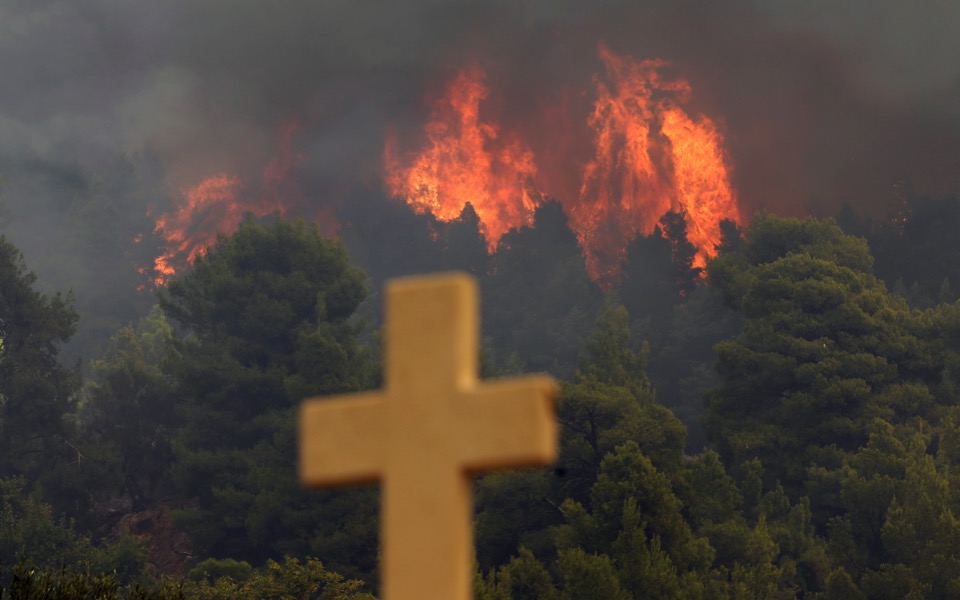 About 140 firefighters – with 58 fire engines and eight aircraft – were on Monday trying to contain a wildfire near the village of Limni on the island of Evia, north of Athens. The fire, which started Saturday, yesterday stretched some 15 km, threatening the 16th century Galataki Monastery. During a visit on Monday, Citizens’ Protection Minister Nikos Toskas said a state of emergency would be declared in the area. Deputy Regional Governor Fanis Spanos said campers were warned to leave the area. There was no evacuation notice for residents. [Thanassis Stavrakis/AP]

Day after on Chios island

Fire burns 3,500 hectares of forest and farm land on Chios

From swimming the Aegean to the Rio Olympics