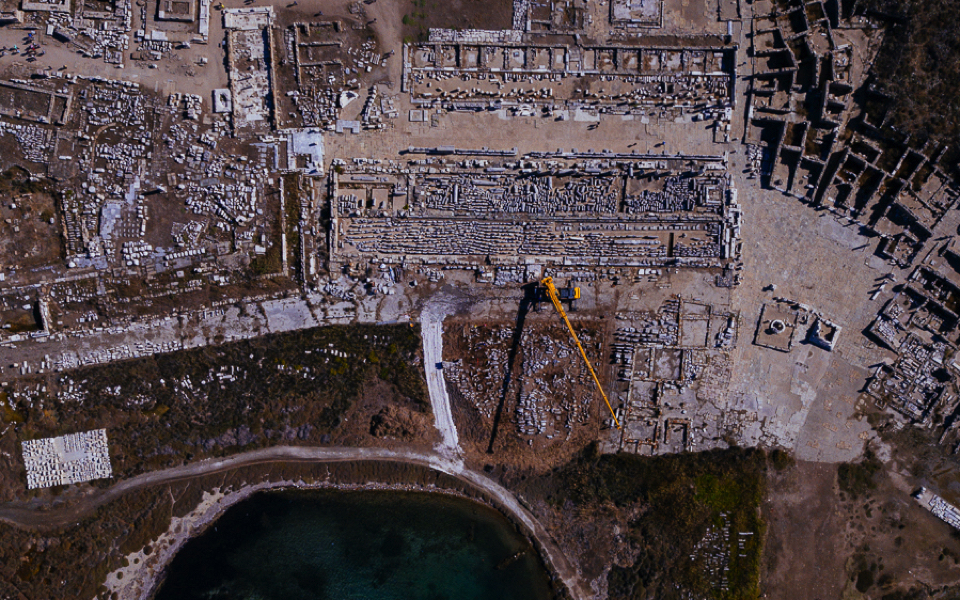 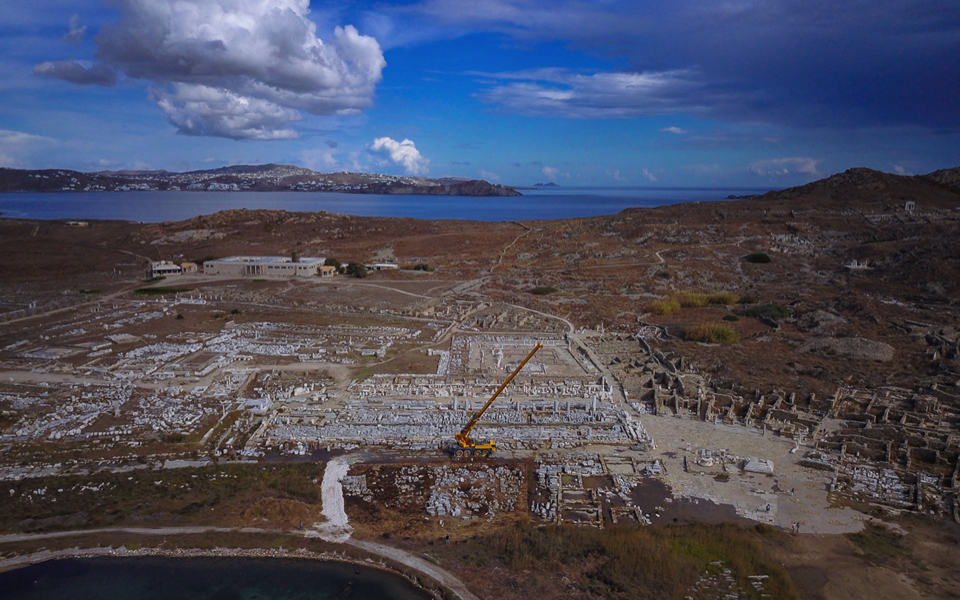 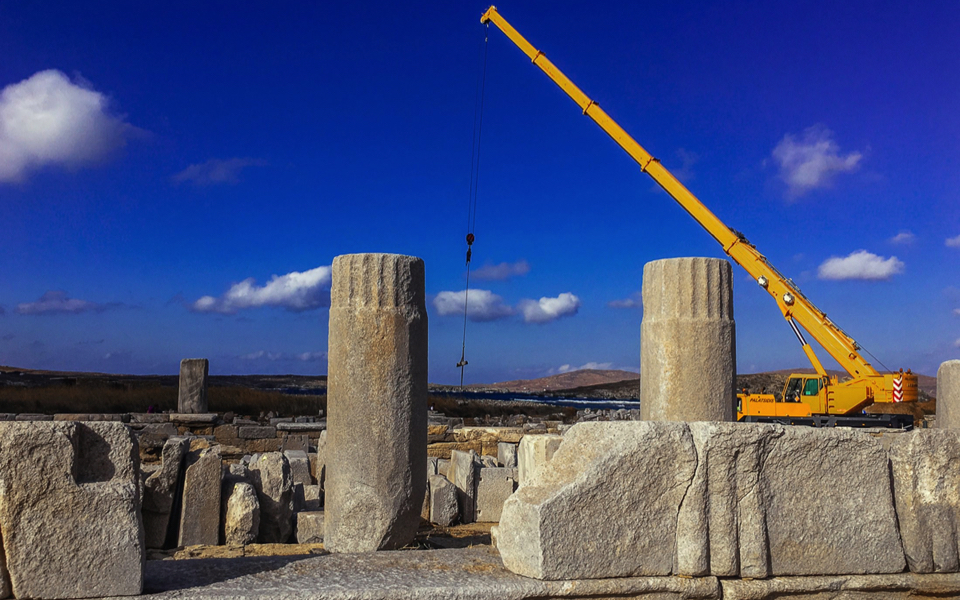 A crane at the site of the Stoa of Philip, which is undergoing restoration on the island of Delos, is seen in this photo released by the Culture Ministry on Thursday. The imposing stoa was constructed by Philip V of Macedonia in 210 BC in honor of Apollo. It is 72 meters long and 11 meters wide, and was once supported by 16 Doric columns. Philip V was king of the ancient kingdom of Macedonia from 221 to 179 BC. "Today the structure is preserved only at the ground level but a wealth of ancient fragments have been recovered which will facilitate restoration," the Culture Ministry said. [EPA]