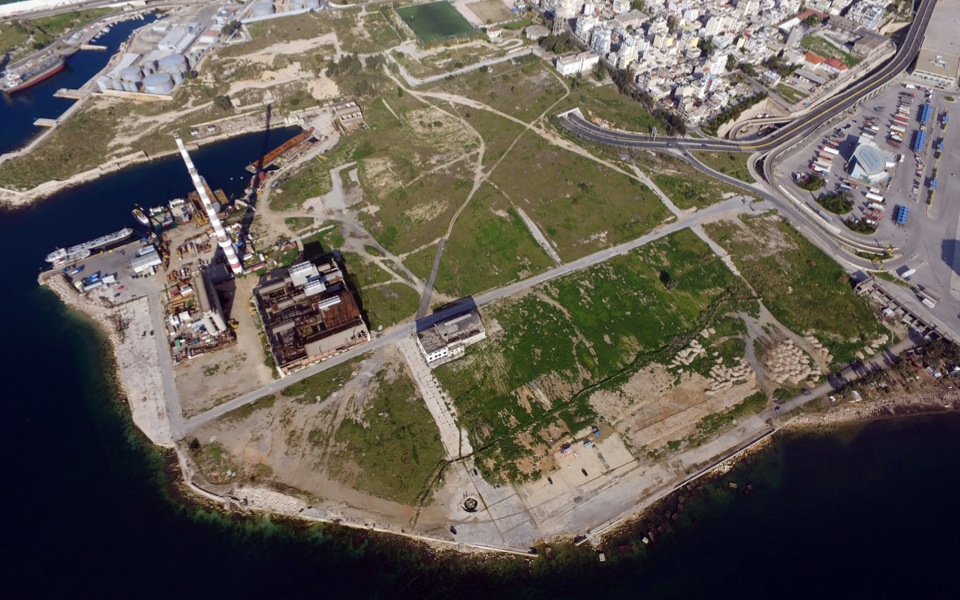 Following the government’s embarrassment at having to temporarily shelve the so-called “parallel program” on Thursday, Prime Minister Alexis Tsipras tried on Saturday to switch the emphasis to the election pledges that the coalition is able to live up to.

He visited the area of Keratsini, near Piraeus, where he met with local Mayor Christos Vrettakos to discuss the handing over from the central government to the local authority of the Drapetsona shorefront, which the coalition has removed from the land parcel that is to be sold as part of the Piraeus Port Authority privatization.

Tsipras stressed that this move had been promised by SYRIZA in the run-up to the September 20 general elections. “We are providing [local residents] with fresh air and a sea front,” said the prime minister.

The premier’s appearance may also be linked to concern within the government about the lackluster support for recent measures by ministers and MPs, who were unwilling to publicly back the bailout-related prior actions passed through Parliament even though they voted for them.

The prime minister also appeared keen to move on from the blow his government suffered due to being forced to suspend the parliamentary debate on the parallel program, which contained a number of social measures SYRIZA had pledged before the elections, because it had not received the lenders’ approval.

However, Tsipras received some backing from the head of the European Stability Mechanism, Klaus Regling, on Saturday. He said that the threat of Grexit is off the table at the moment as the Greek government is living up to the pledges it made as part of the third bailout agreement.

“Prime Minister Alexis Tsipras is currently delivering – this week all the reforms still needed this year went through Parliament,” he told the Frankfurter Allgemeine Zeitung. “But, of course, I can’t guarantee that this will always be so.”

Regling also denied that the lenders had taken it easy on Athens, delaying some crucial reforms for 2016.

“It was always clear that pension reform and the next steps on Greek debt would only be tackled with the first comprehensive review of the reforms, the so-called first review,” he said.

“In Greece things sometimes get stuck. One should not, however, equate that with unwillingness to reform. There are reasons for these delays, not the least of which is the weakness of the Greek administration; it is often unable to cope with the concrete implementation of the reforms.”

Regling also noted that European lenders want the International Monetary Fund to continue to be part of the Greek program due to its “technical and economic expertise.” He indicated he is confident an agreement can be reached on Greek debt sustainability so the Fund can remain on board.

“Given our low interest rates and the long duration of ESM loans, the issue of debt sustainability will not even arise in the coming years. And the debt ratio will, because of the low debt servicing costs, slowly but steadily sink as reforms are implemented,” he said. “In 15 to 20 years, it could fall under 100 percent of GDP again.”

The ESM chief said that the recipe for Greek debt relief would likely include “maturity extensions, postponement of repayments, and, potentially, the further deferral of certain interest [payments].”