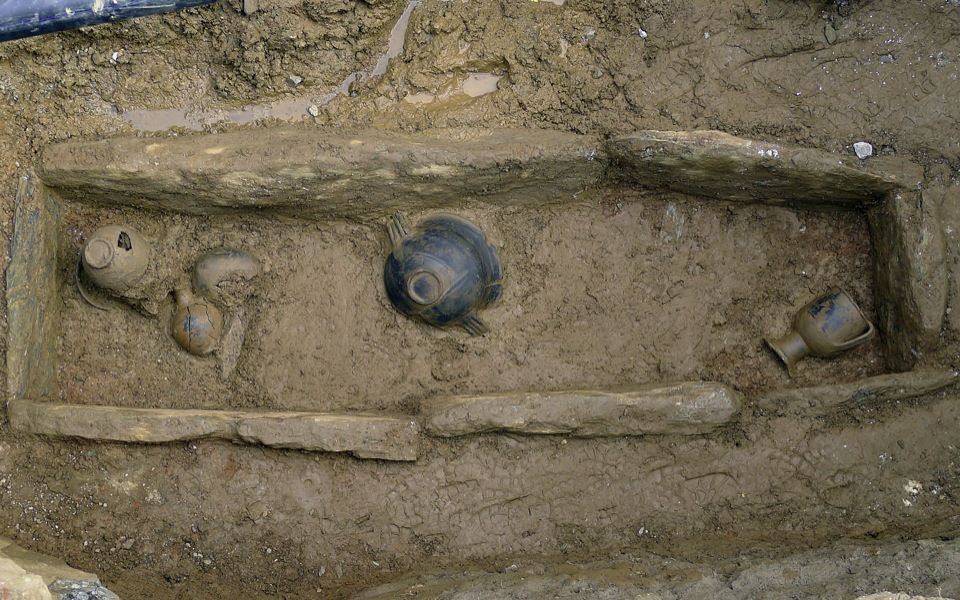 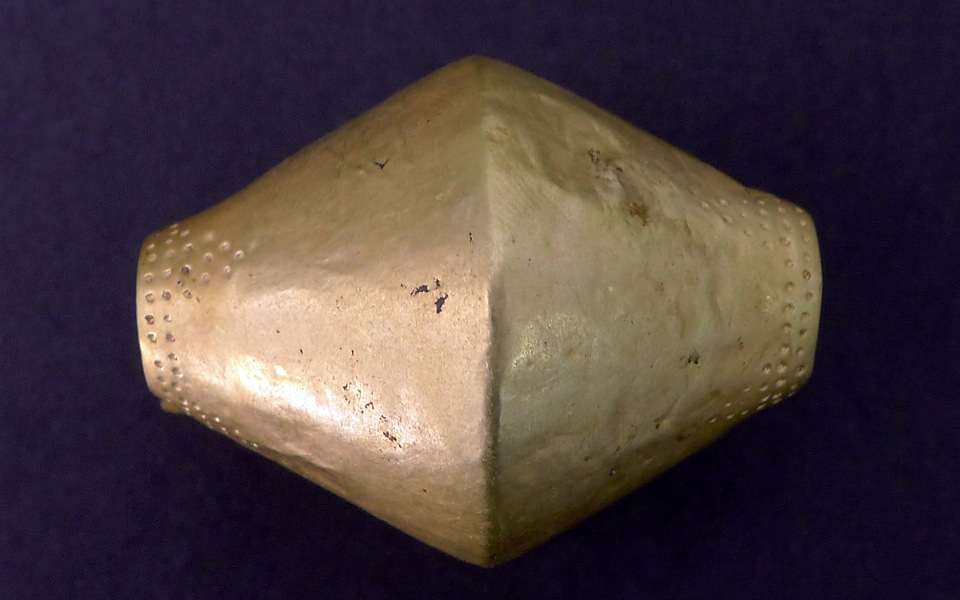 An intact tomb of a woman dated to the 8th century BC was unearthed on Friday on the island of Lesvos during construction work by local authorities on a sewage line and waste water treatment plant.

The find was made in the region of Evergetoula at a depth of 1.5 meters under a road.

The Lesvos department of antiquities described the tomb as a unique and rare find, the first of its kind to be discovered on the eastern Aegean island from the Geometric Period, circa 9th-7th BC.

The tomb is made of slate and has yielded five cups, exquisite gold and copper jewelry and a pin made of bone.

Police seize 1 mln euros’ worth of antiquities from three suspects

Ancient relics found on Ionia Odos highway to be safeguarded

Greece a transit country for trade in illicit antiquities from Syria, Iraq

Over 1,000 staff to be hired for Greece’s museums and sites