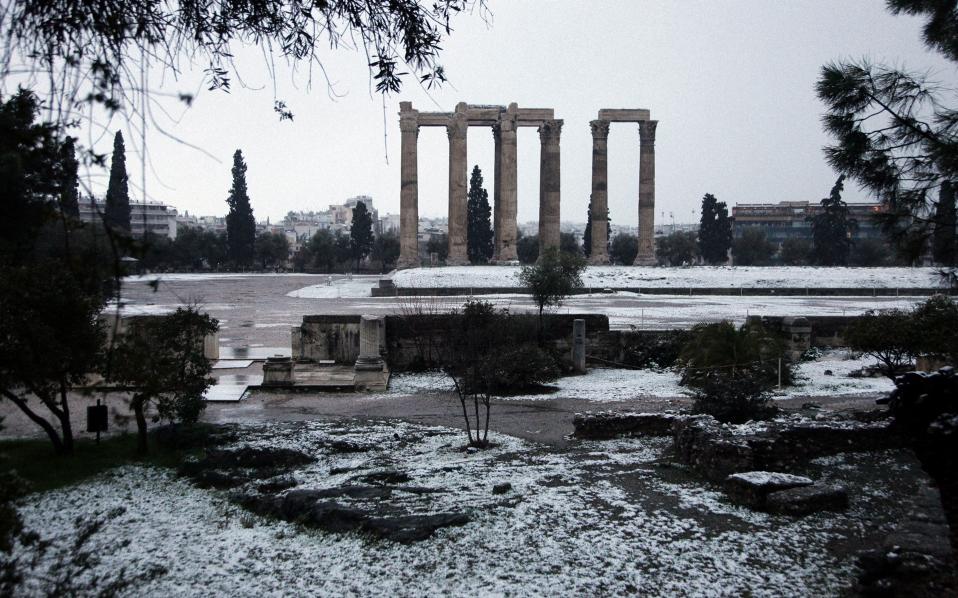 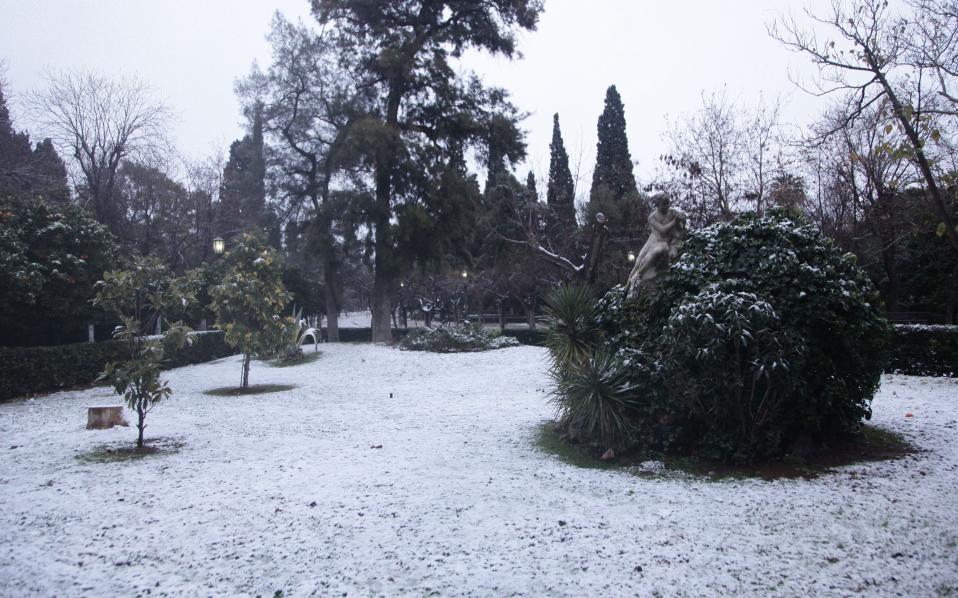 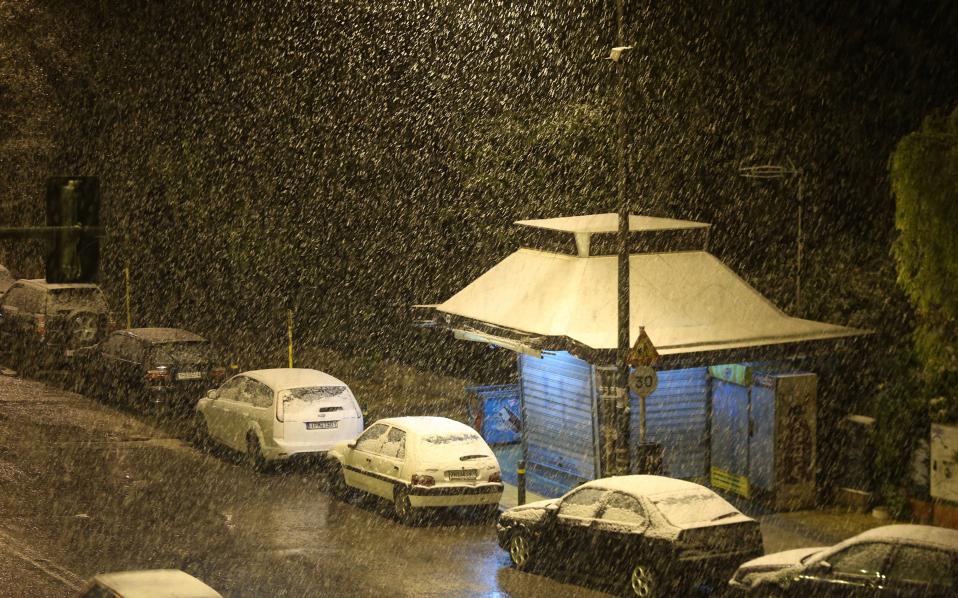 Athenians woke up to a blanket of snow on Thursday morning, as a cold front that swept into Greece overnight affected most parts of the country and particularly higher altitudes.

In the capital, snowfall came early in the morning in the wake of rain and hail, and blanketed northern suburbs like Kifissia and Ekali, while also giving a dusting to the downtown area and even the southern coast.

Overnight lows, according to the National Observatory, came to -4 Celsius on Mount Parnitha, 3C in Penteli and Drosia in the north, and 8C in central areas like Patissia and Papagou.

Mount Parnitha has been covered in snow since Wednesday and motorists need snow chains from the funicular up. On Thursday morning, authorities had to close roads on Penteli and Hymettus, though these have been since been cleared.

The snow in the northern suburbs also affected the ISAP electric railway earlier in the day, with trains terminating at Irini rather than Kifissia until the tracks were cleared.

Strong winds, meanwhile, kept ferryboats tied at the capital’s ports of Piraeus, Rafina and Lavrio, and sailing was also prohibited for passenger ferries in the northern Aegean.

The Peloponnese was hit harder than the Greek capital, with snow falling on the national highway and forcing motorists to use chains on parts of the Tripoli-Patra stretch, on dozens of rural roads in places like Astros, Leonidio and Vytina, as well as in the prefectures of Corinth and Laconia.

Northern Greece was also blanketed in snow, particularly at higher elevations, though no problems were reported in the broader Thessaloniki area.

Even a few of the islands got a sprinkling of snow, such as Lesvos, Chios and Samos, which are host to tens of thousands of refugees and migrants.

“We are prepared to face the bad weather in cooperation with all the municipal authorities and in coordination with the General Secretariat for Civil Protection, as well as the ambulance, fire and traffic services,” Deputy Regional Governor for Northern Attica Giorgos Karameros said on Thursday.

Authorities around the country are advising motorists in areas worst affected by snow to call their local Traffic Police stations or check local media websites for updates on road conditions and to avoid any unnecessary movement.

The cold, wet and snowy weather is expected to continue on Thursday and through the weekend, according to the national weather service, which warned of gale-force winds, particularly at sea.