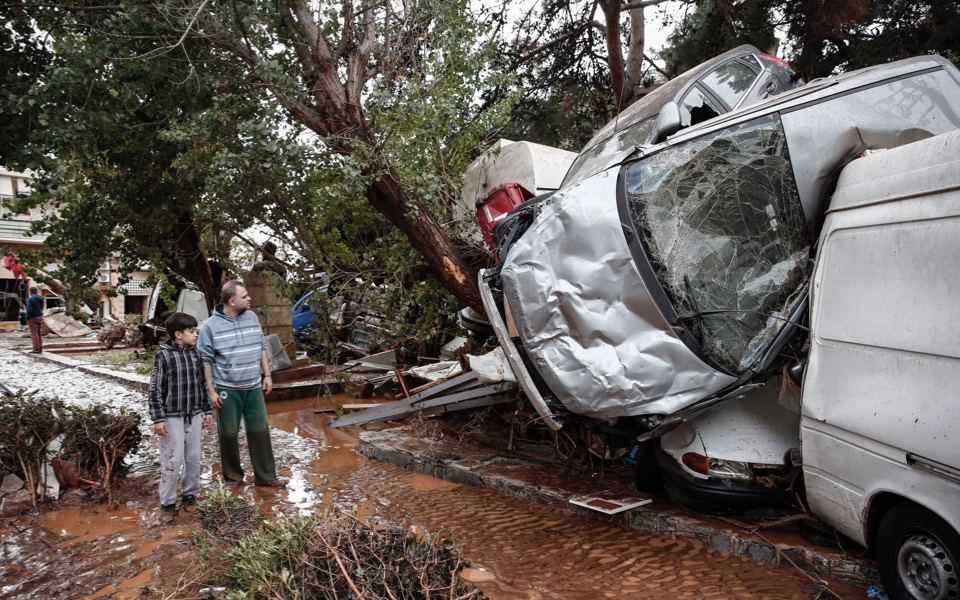 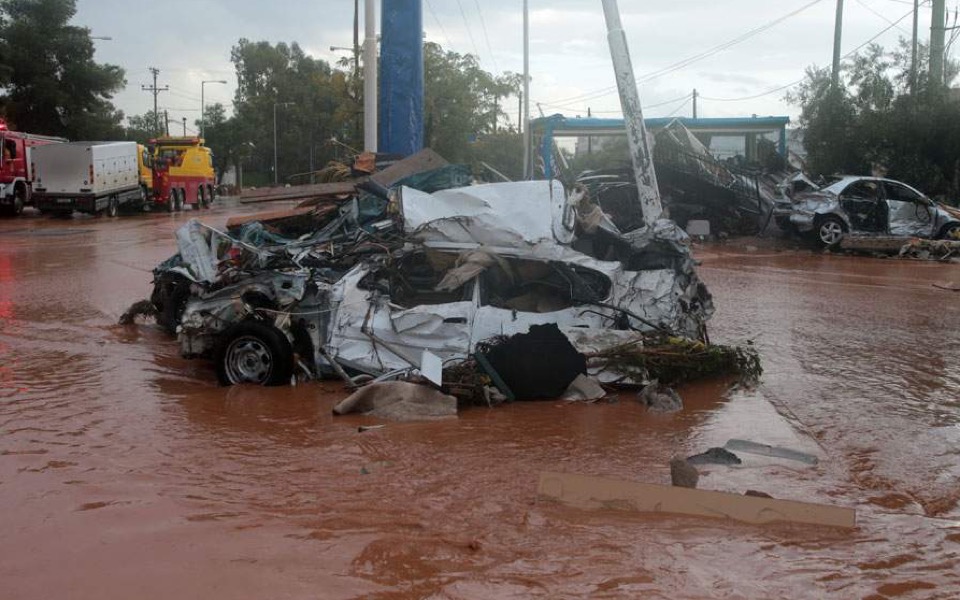 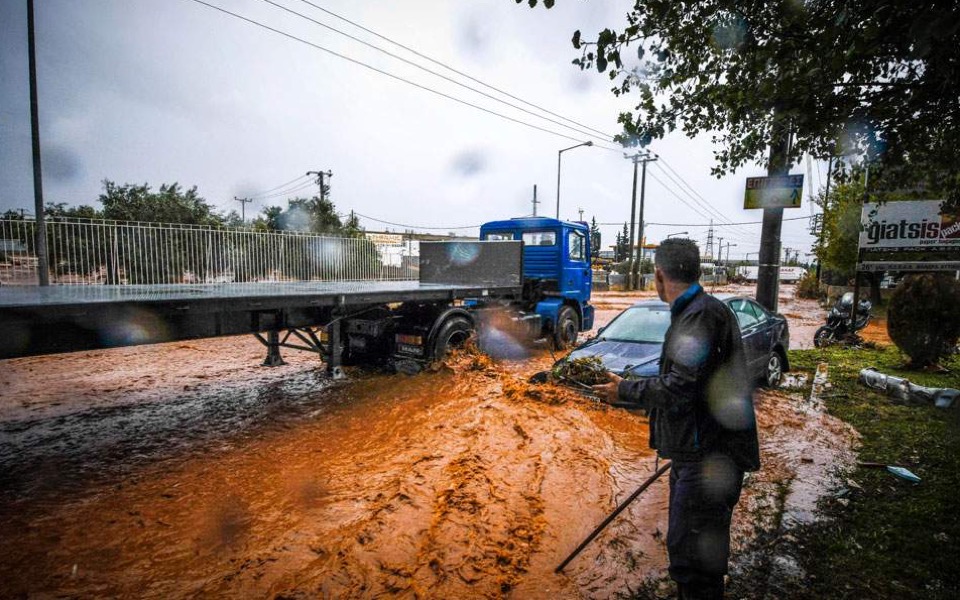 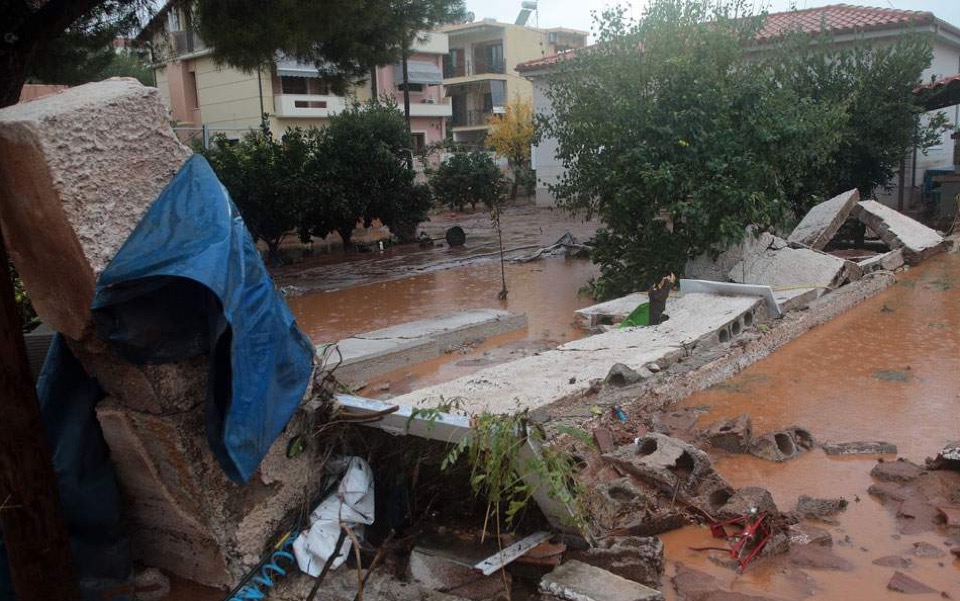 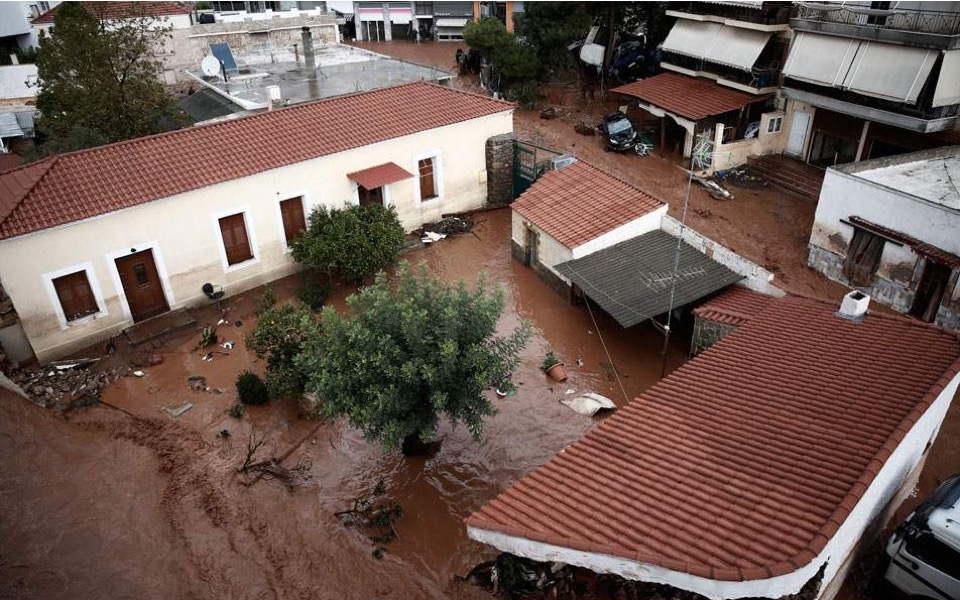 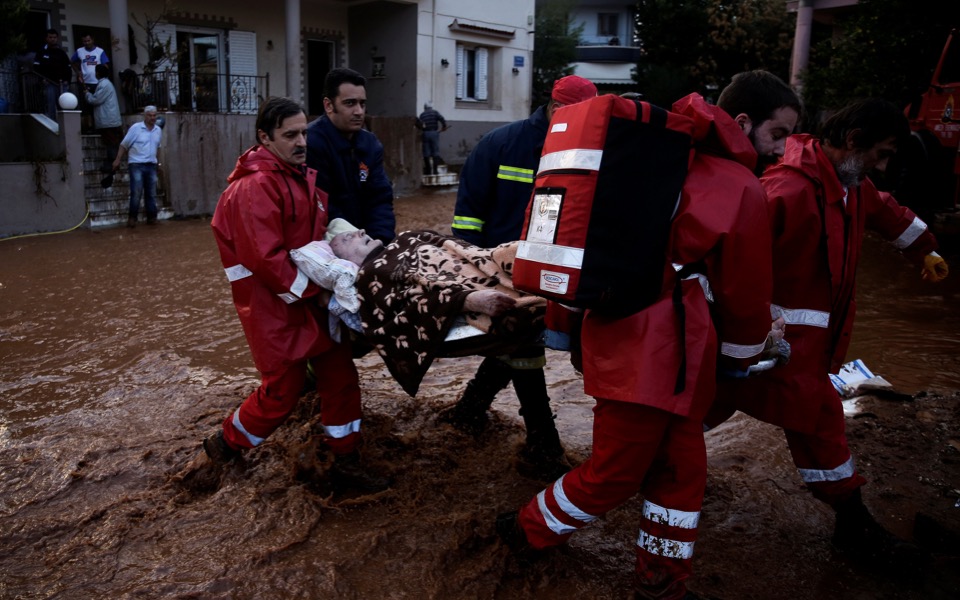 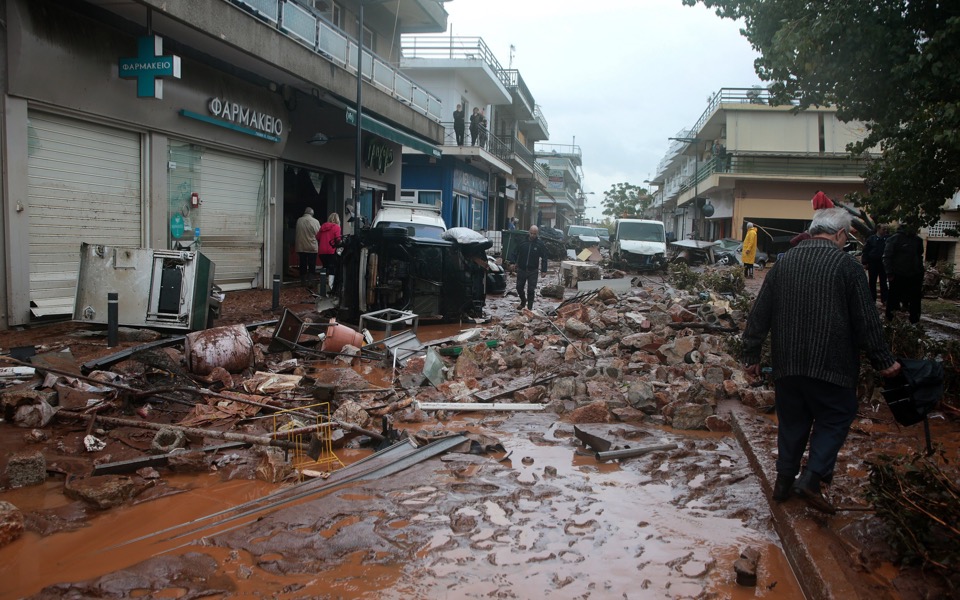 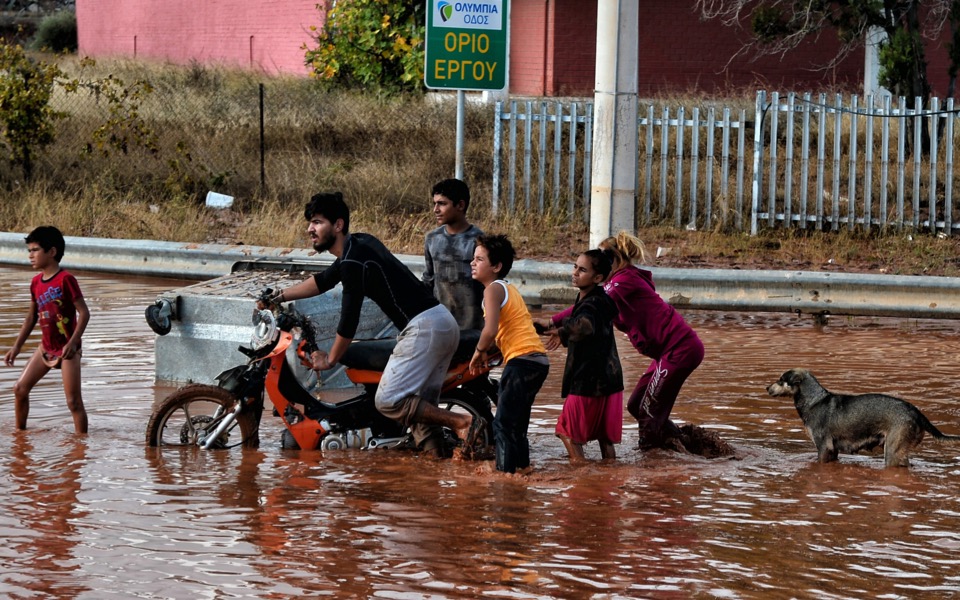 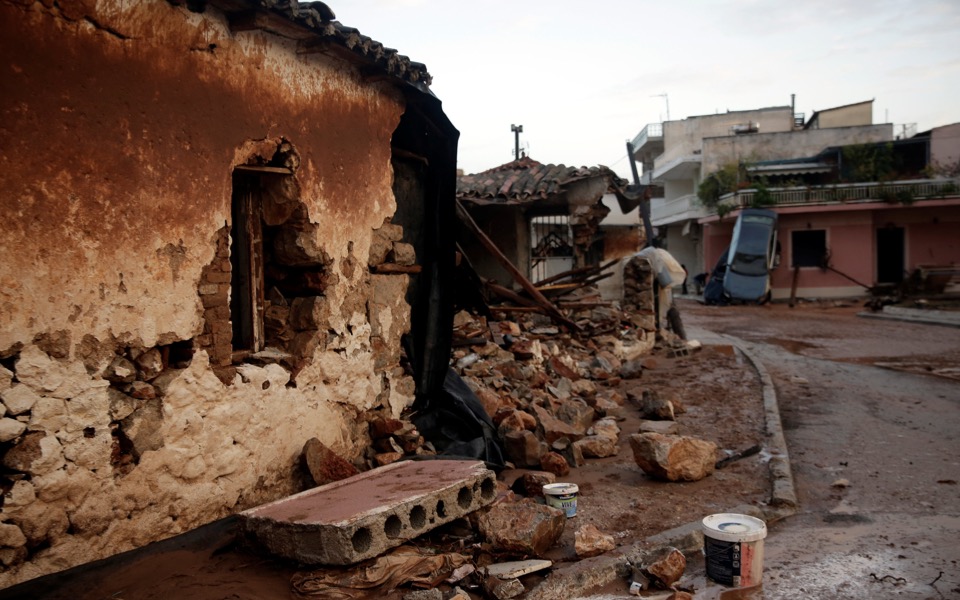 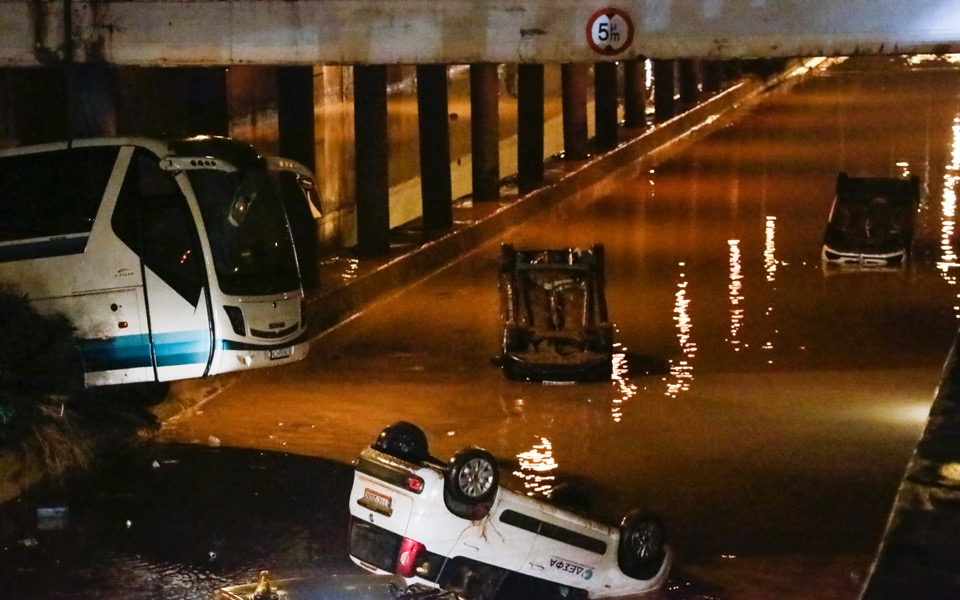 Serious flooding provoked by heavy rainfall led to the deaths of at least 15 people on the western outskirts of Athens on Wednesday, left another 17 injured, and damaged hundreds of homes and stores.

The worst-affected towns were Mandra and Nea Peramos, where illegal construction of homes is widespread and drainage substandard.

Although the reasons for the high number of casualties and extensive damage remained unclear, poor drainage in those areas and the proliferation of shoddily constructed buildings are believed to have been a contributing factor.

Of the 15 dead – 10 men and five women – 13 were found in Mandra. The first victim, an elderly woman, was found in her flooded basement home in Mandra early on Wednesday.

Most of the other victims were subsequently found inside their homes or in their yards while coast guard officers later recovered the bodies of two women from the sea.

The fire service received hundreds of calls to rescue people from flooded basement homes and stores and from their cars as scores of motorists were trapped on roads that had effectively turned into rivers of red-brown mud.

Emergency services rescued 12 passengers from a bus that became stranded in floodwaters.

Wednesday’s upheaval in the western suburbs of Athens came after a state of emergency was declared on the small island of Symi on Tuesday following severe flash floods, though no casualties were reported.

There were concerns of further problems as meteorologists warned of more rain in the coming days. Storms hit central Macedonia on Wednesday night, prompting dozens of people to call the fire service to pump water out of flooded basements.

The General Secretariat for Civil Protection said efforts were being redoubled to deal with the impact of the flooding, which it described as “unprecedented.”

After having dispatched a team of ministers to the worst-hit areas, Prime Minister Alexis Tsipras convened an emergency meeting on Wednesday evening to discuss the state’s response to the problem.

In a statement after the meeting, Tsipras called a day of national mourning, noting that “this is a very difficult time for Greece.”

He said an investigation had been launched to determine the cause of the tragedy, adding that “all necessary measures are being taken to tackle the extreme weather conditions across the country.” Army barracks and other public venues will be used for those left homeless due to the floods, he said.

“It goes without saying that I did not come here to apportion blame but to get an overall picture of this unspeakable tragedy,” he said.

The ND chief asked local officials about anti-flood works for the area and was told that they have not progressed due to bureaucratic hurdles.

UNCHR calls on Greece to fix ‘dire’ situation for migrants