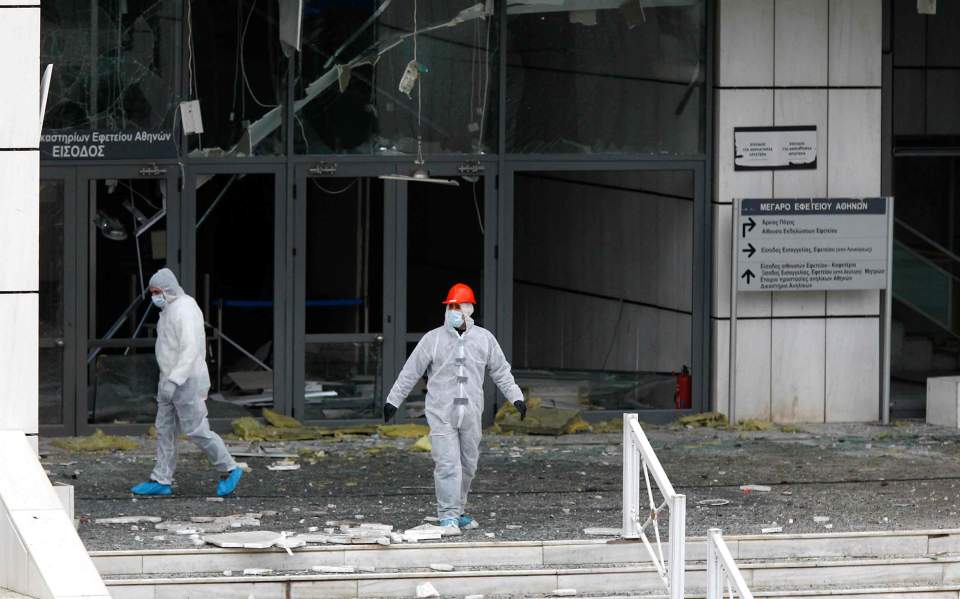 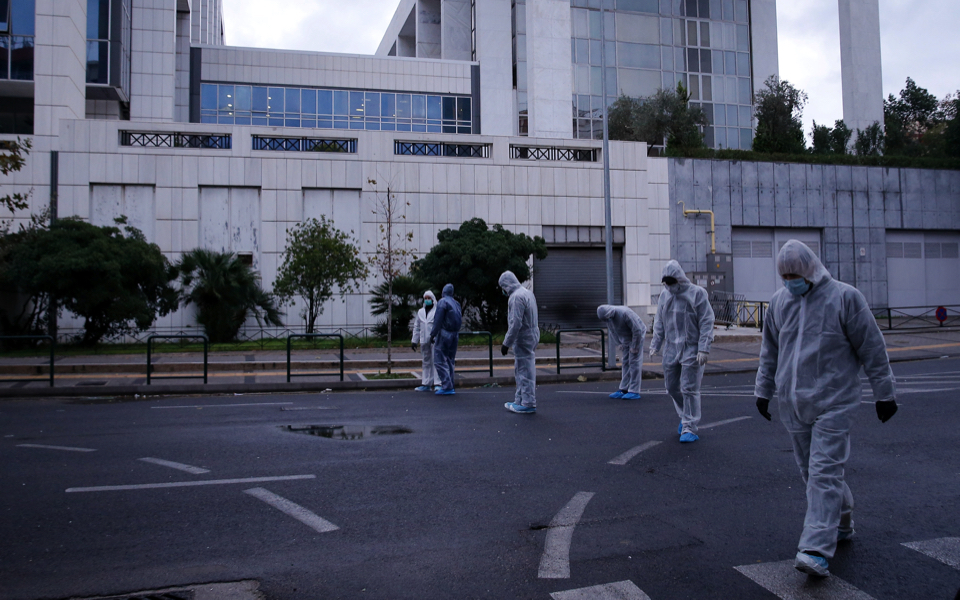 A powerful explosion damaged a court complex in central Athens early Friday, hours after Parliament voted to crackdown on anti-bailout protesters who gather regularly at the building.

Police said the blast occurred before dawn, and that one of the attackers fired a shot at a police guard while escaping.

No one was injured in the attack that followed warning telephone calls to the offices of a daily newspaper and news website.

Police later found the van used by the attackers after it had been set on fire across town.

No group has claimed responsibility for the attack.

It occurred hours after the parliament approved measures to impose penalties against demonstrators who gather regularly at the court to try and disrupt weekly auctions of foreclosed homes.

The auctions have put pressure on Greece’s left-wing government, which has abandoned tougher protection measures for distressed mortgage holders as part of negotiations with bailout lenders.

After years of recession and financial crisis, roughly half of loans in Greece are considered non-performing – the highest level in the European Union.

The blast Friday caused extensive damage to the marble-and-glass facade of the Athens Appeals Court, a large building that is next to the country’s Supreme Court and near the Greek Police’s headquarters.

“This criminal act is heinous and to be condemned because the perpetrators not only caused material damage, but there was a direct threat on the life of a [police] guard,” Justice Minister Stavros Kontonis said.

Early Friday, police cordoned off streets around the court in a heavily guarded area of the city, as officers in white coveralls gathered evidence.

Police spokesman Theodoros Chronopoulos said a police guard had reported seeing two men, presumed to be the attackers, leave a bag outside the entrance of the court.

“This type of attacks usually has a symbolic significance,” he said, without commenting further on the possible motives of the bombing. [AP]