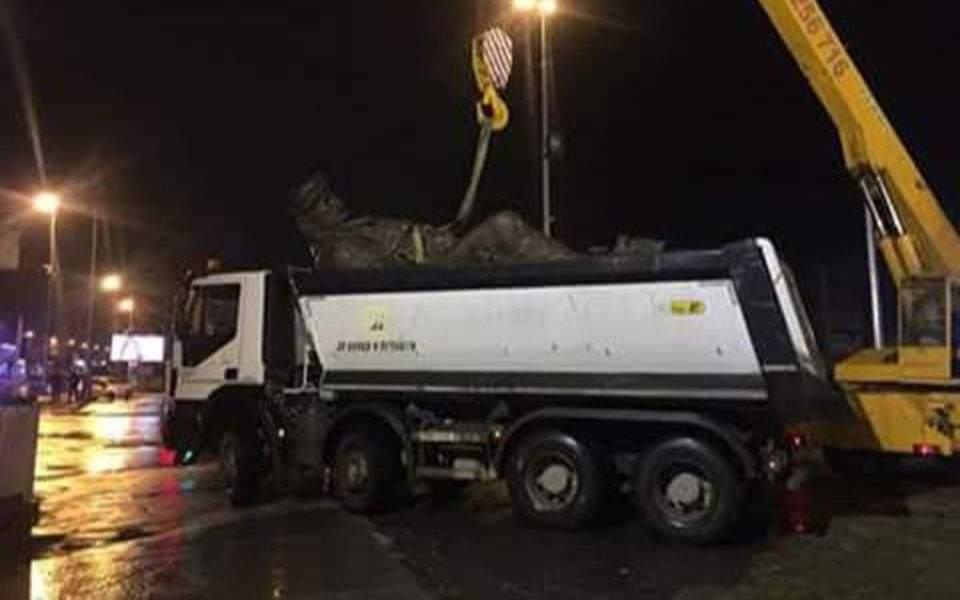 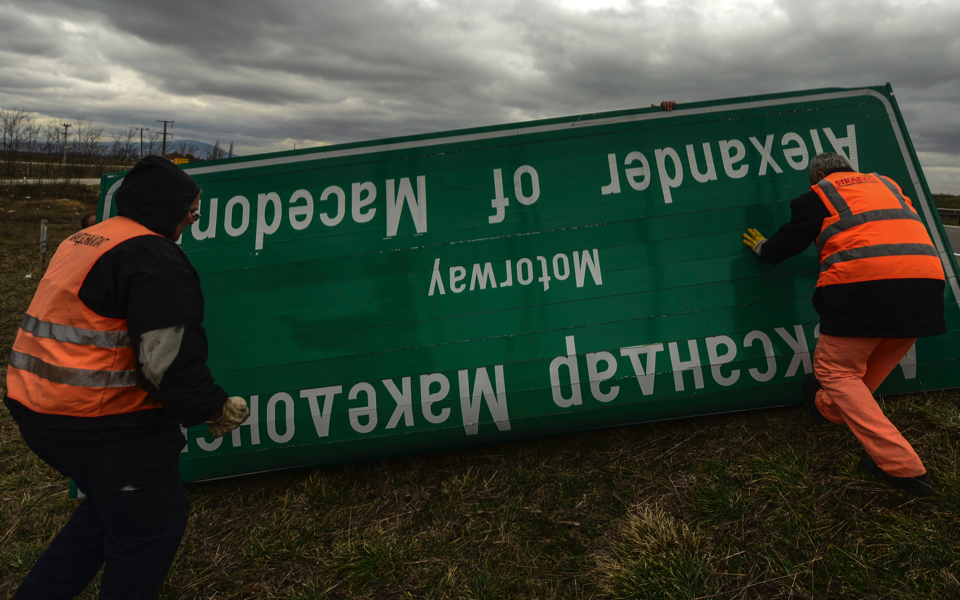 After taking down the signposts bearing the name Alexander the Great for its main airport and a key highway, the government in the Former Yugoslav Republic of Macedonia (FYROM) has started taking down statues that could be interpreted as symbolizing irredentist ambitions against Greece.

The move, which is seen as an effort to appease its southern neighbor amid ongoing name talks, started in the capital Skopje in the early hours of Wednesday with the removal of a statue of 19th century nationalist revolutionary Andon Yanev from the front of the main courthouse.

The statue had been erected along with numerous other contentious sculptures of Byzantine and post-Byzantine rulers and warriors, as well as Roman-style arches, by former prime minister Nikola Gruevski of the nationalist VMRO party.

The country’s current premier, Social Democrat Zoran Zaev, had reacted to Gruevski’s campaign while he was in the opposition, though Wednesday’s move is seen as related to the United Nations-brokered talks that are currently taking place with Greece.

Zaev has expressed his commitment to reach a settlement that would pave the way for his country’s induction into NATO and the European Union.

Kammenos receives NATO reassurances with regard to Turkey

Pyatt thanks Mattis for supporting US alliance with Greece