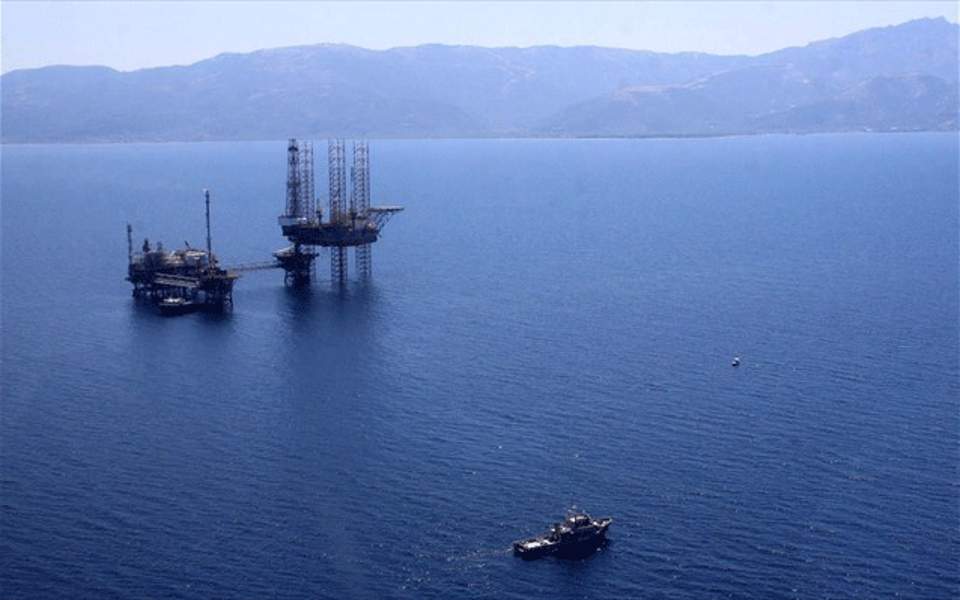 The Cypriot government says a gas search is its sovereign right and will benefit all Cypriot citizens with potential proceeds deposited in a sovereign fund that will be equitably divvied up once the island is reunified.
Newsroom
February 22, 2018 22.02.2018 • 18:09

For two weeks, Turkish warships citing naval exercises have prevented a rig from reaching an area southeast of Cyprus where Italian firm Eni is scheduled to carry out exploratory drilling. Turkish authorities have extended naval maneuvers in the area.

Turkish Energy Minister Berak Albayrak said that Turkey would block an offshore hydrocarbon search until there is an accord to reunify ethnically split Cyprus.

"As long as a concrete and rational solution is not produced, we have to be effective," Albayrak told an energy forum in Istanbul. "If unilateral exploration is conducted, as Turkey we will not allow it."

Turkey says drilling ignores the rights of breakaway Turkish Cypriots to the island’s natural resources and also claims part of the areas which the Cypriot government has opened up for drilling licensing.

The Cypriot government says a gas search is its sovereign right and will benefit all Cypriot citizens with potential proceeds deposited in a sovereign fund that will be equitably divvied up once the island is reunified. But it insists there can be no peace talks if Turkey continues to unlawfully interfere with drilling activity.

Cyprus’s division came in 1974 when Turkey invaded following a coup by supporters of union with Greece.

Outgoing Cypriot Foreign Minister Ioannis Kasoulides said Thursday that drilling in the specific area could be abandoned if Turkish naval vessels continue to obstruct the rig.

But Kasoulides added that planned exploratory drilling in other areas where companies, including Frances Total and ExxonMobil, are licensed to carry out drilling must continue.

Kasoulides said that he believes the Cypriot government will come under pressure to back off from its gas search in order to restart peace talks that collapsed in July. He said incorporating the gas issue in peace negotiations can’t happen and that Turkey chose to interfere with the gas search by Eni because it’s "the weakest link."

Earlier this month, the Cypriot government said Eni had discovered a potentially sizeable gas deposit in an area southwest of the island.

Meanwhile, Cypriot President Nicos Anastasiades will try to rally support over the issue at an European Union summit Friday. [AP]

US: Cyprus ‘has every right’ to develop hydrocarbon reserves in its EEZ

Nicosia said to be disappointed over UN reaction to Aegean tension