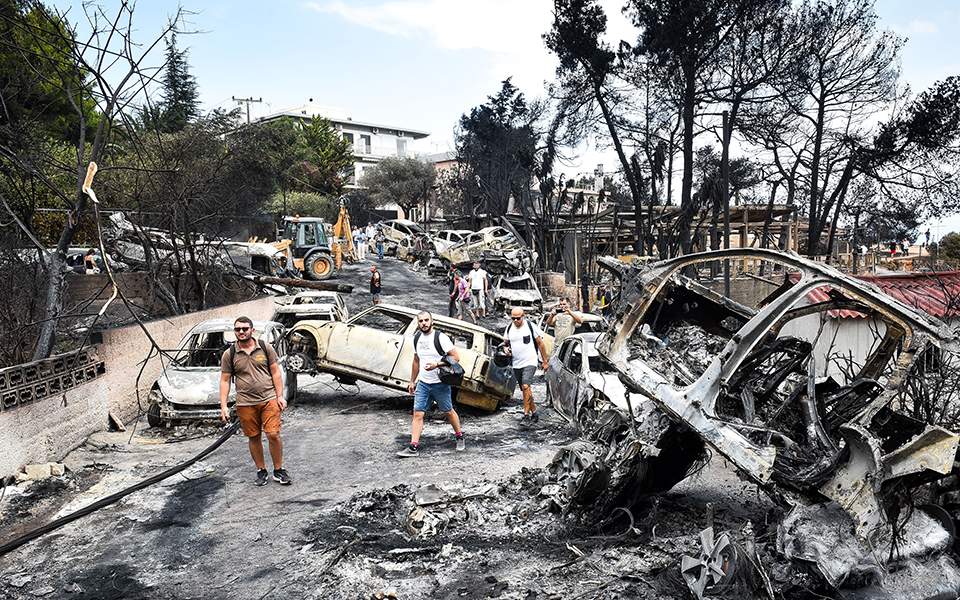 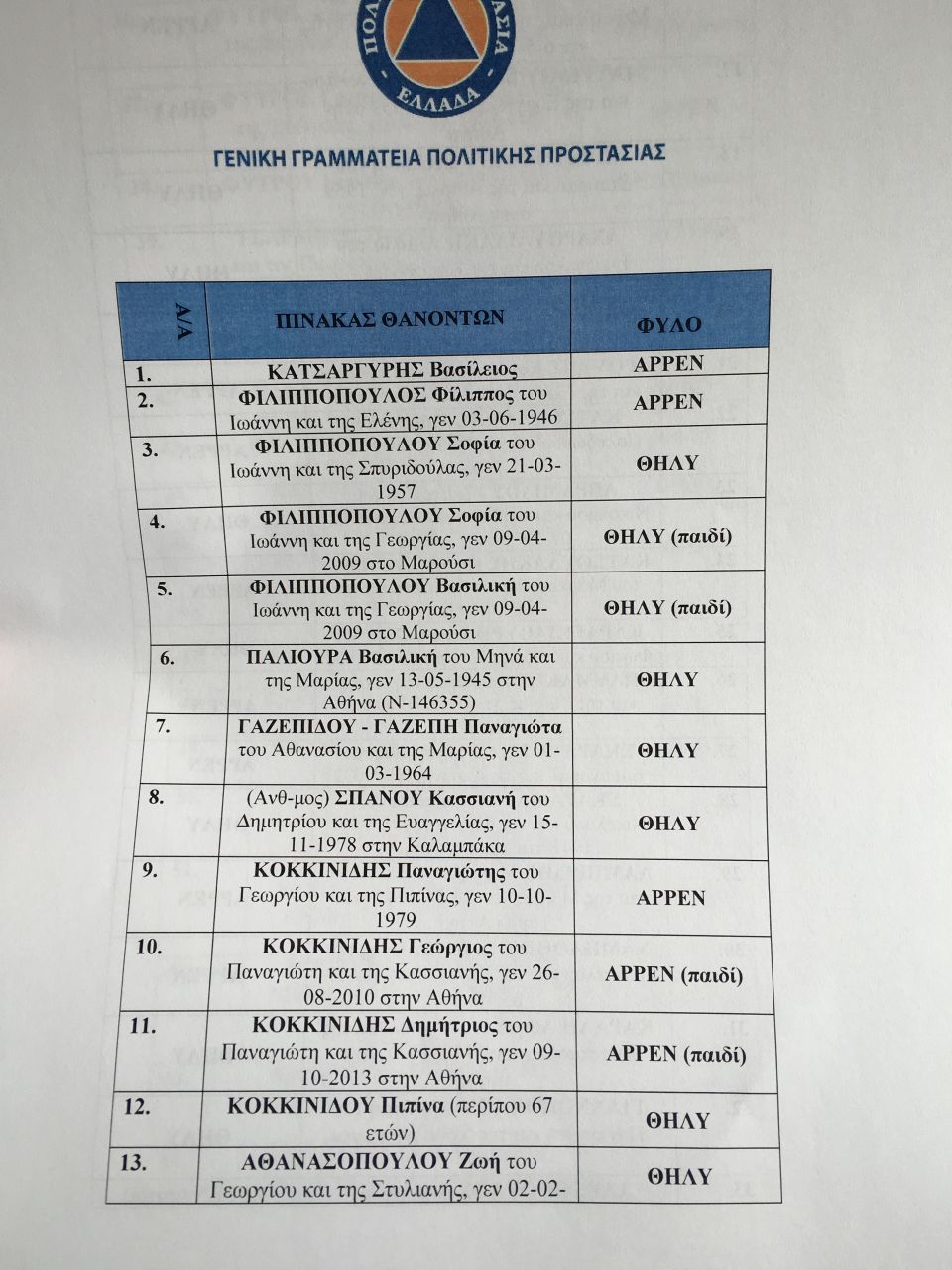 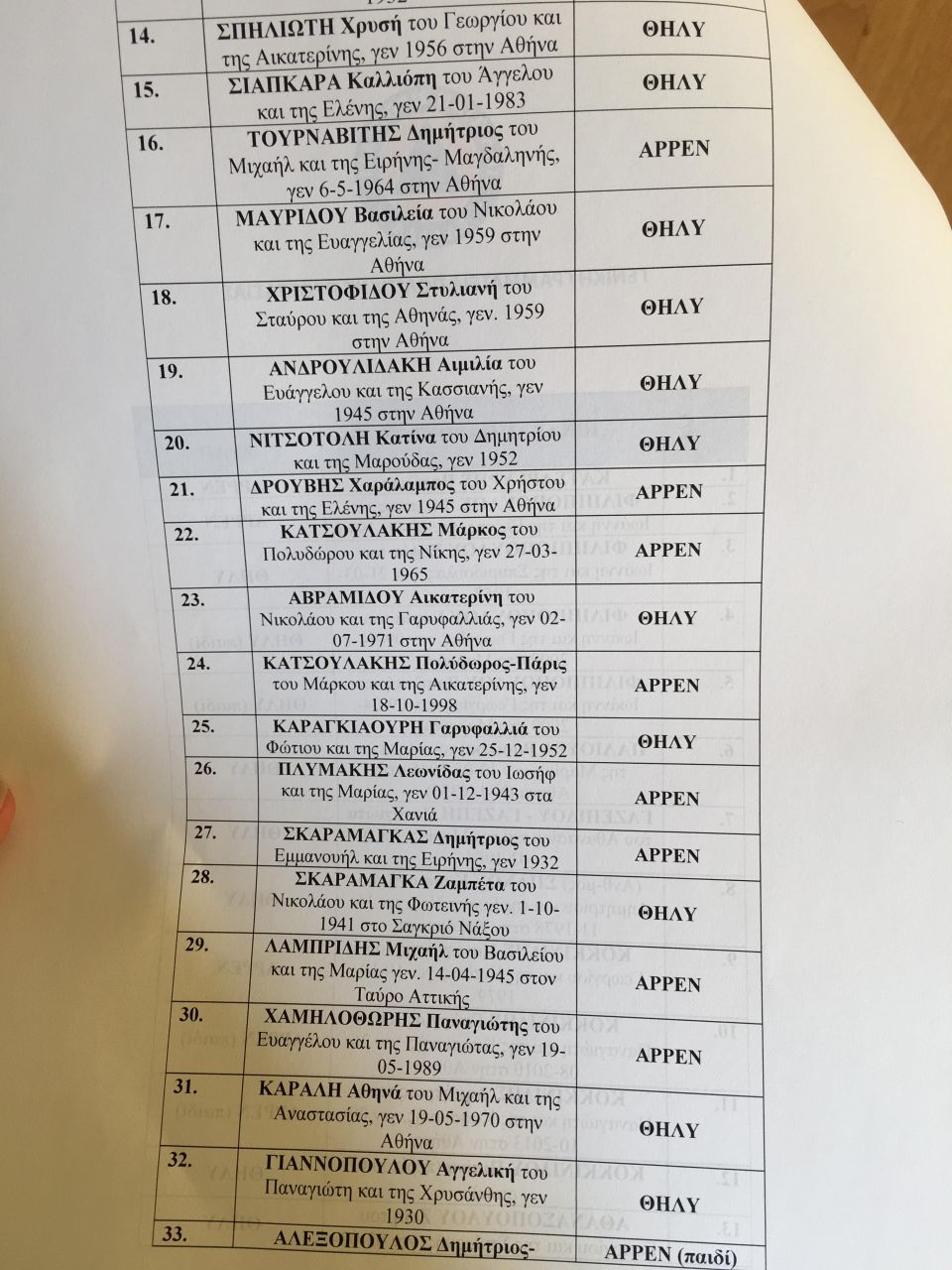 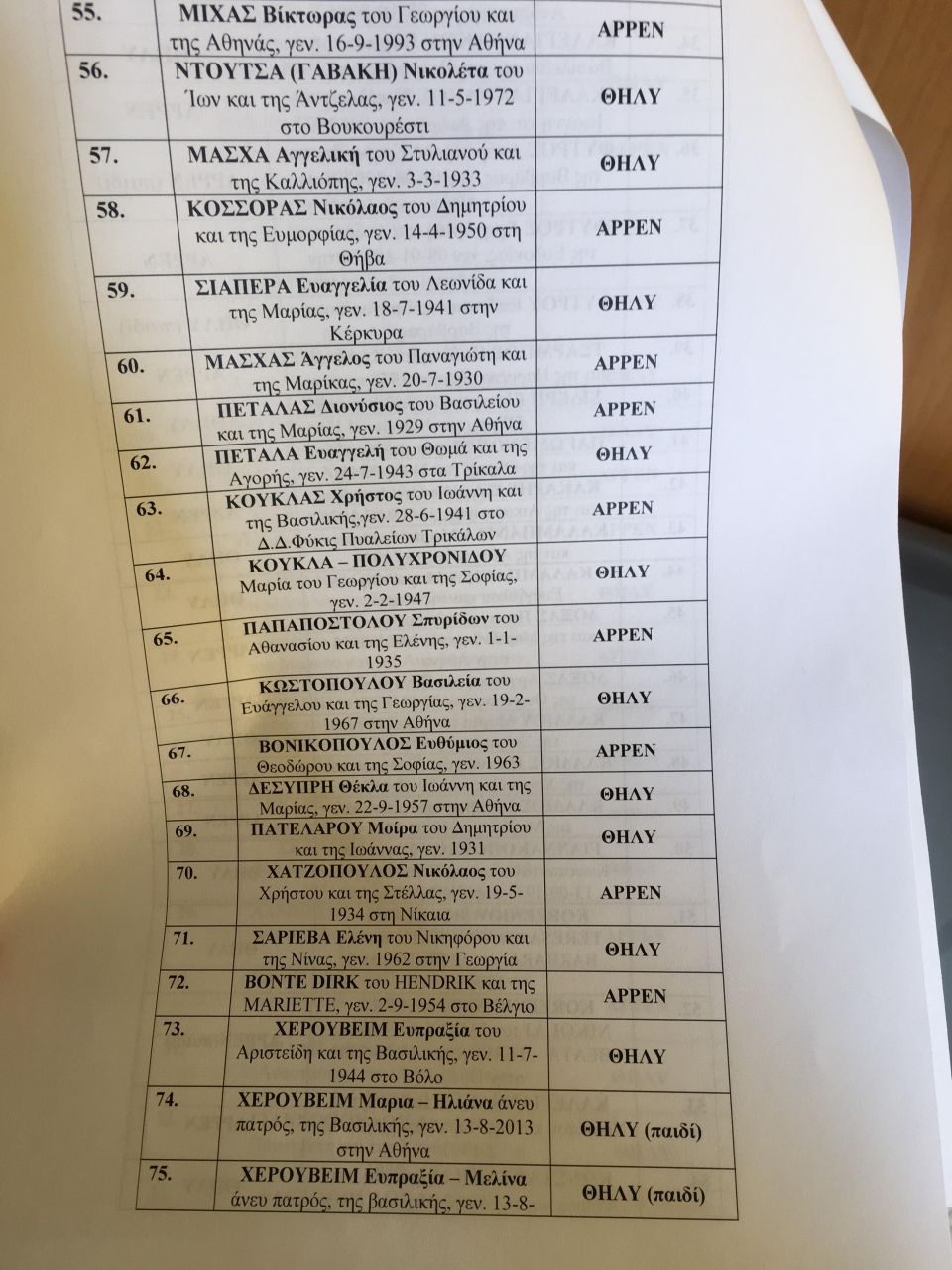 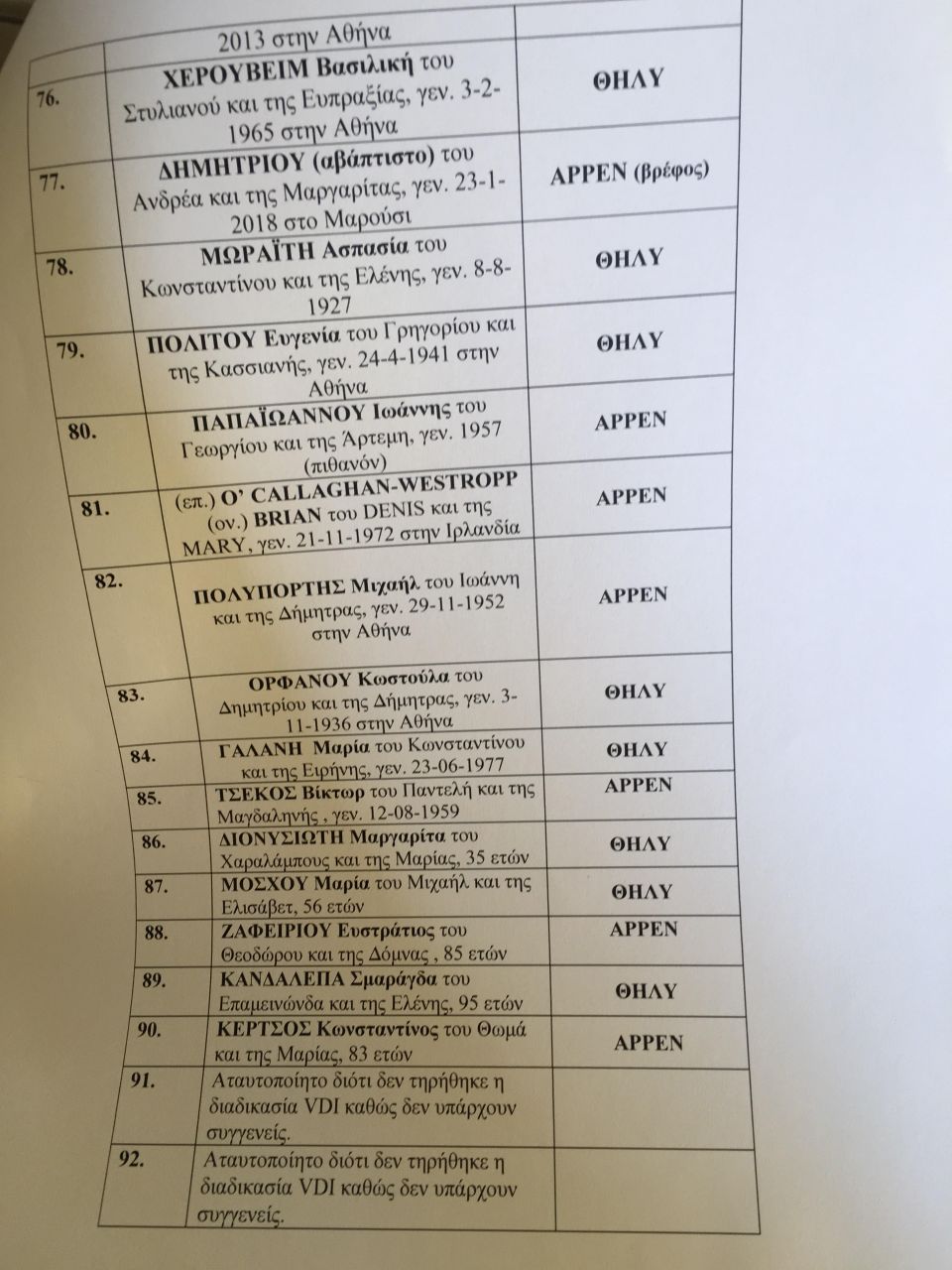 More than two weeks after the deadly fire in eastern Attica, in which over 92 people lost their lives, the General Secretariat for Civil Protection has released a list of the names of the dead.

The names – among them two unidentified persons – were forwarded by forensic investigators to prosecutors in Athens on Wednesday as part of the investigation into the disaster.

DNA samples have been taken from the two unidentified remains but no relatives have come forward.

The list includes the names of 44 women, 35 men and 11 children. The youngest victim was a 6-month-old infant and the oldest a 93-year-old woman.

The names of two Polish nationals (a woman and a boy), an Irishman and a Belgian man are included in the list, which does not include the 93rd victim, a 78-year-old woman, whose death in hospital was announced Thursday.

High-risk fire alert for Attica and other regions remains

Struggle for survivors of fire trying to return to normalcy