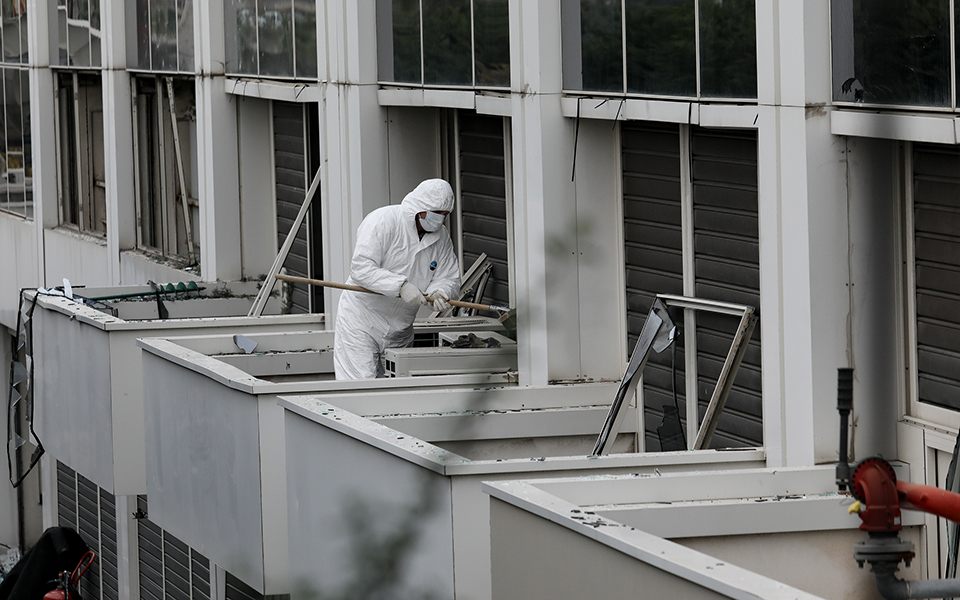 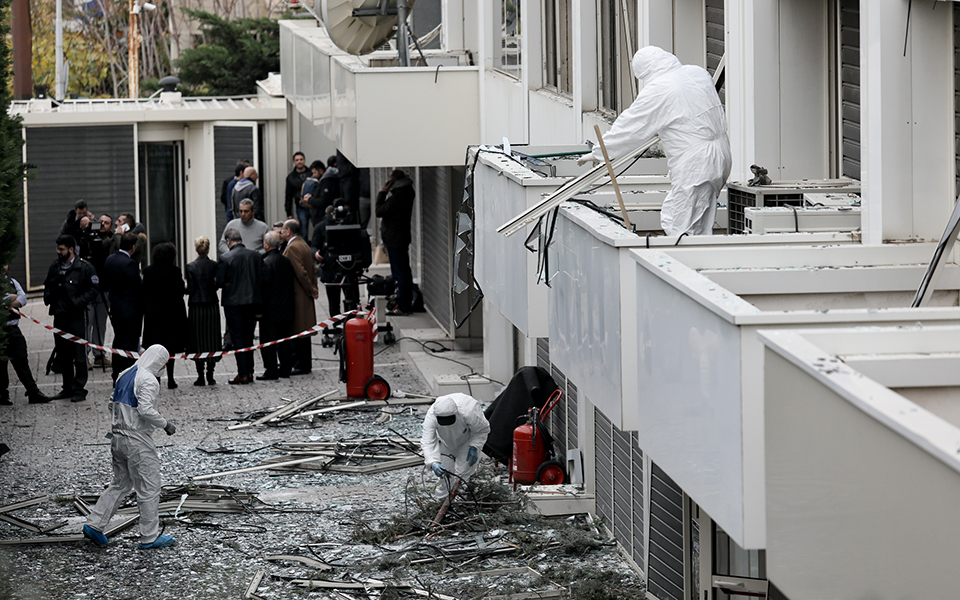 Greek Police (ELAS) officers investigating an early morning bomb blast at the headquarters of Skai TV on Athens's southern coast on Monday believe that a far-left organization calling itself Group of Popular Fighters may be behind the attack.

The powerful blast occurred at 2.37 a.m., causing extensive damage to the building's glass front but no injuries, as the facility had been evacuated following warning calls to two other media outlets shortly before 2 a.m.

Forensic experts sifting through the glass and debris say that a backpack containing around 10 kilograms of explosives was likely placed on the street in front of the building, with the blast being somewhat contained by the sturdy wall surrounding the facility.

Apart from Skai TV and radio, the building is also home to Kathimerini daily and Kathimerini English Edition, among other businesses.

Popular Fighters has been behind similar bomb attacks against the downtown Athens headquarters of the Federation of Greek Industries (SEV) in November 2015, a branch of Eurobank in April 2017 and the Athens Court of Appeals in December of that year. It had also claimed responsibility for an armed attack on the Israeli Embassy in December 2014.

Skai employees underscore bomb attack will not bend them

‘Democracy will not be terrorized,’ says Athens mayor in wake of Skai TV bomb attack

Skai says inflammatory statements have made it a target