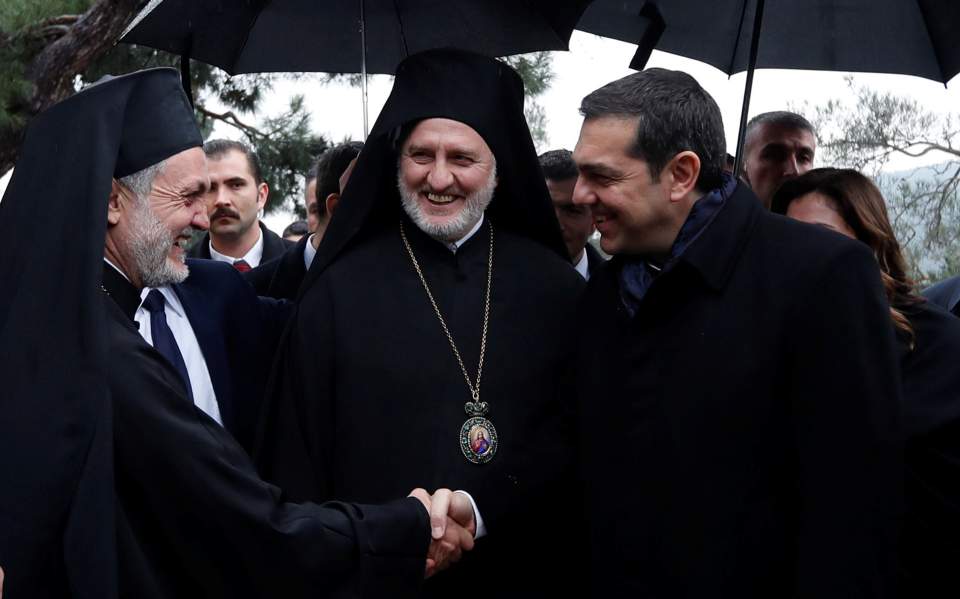 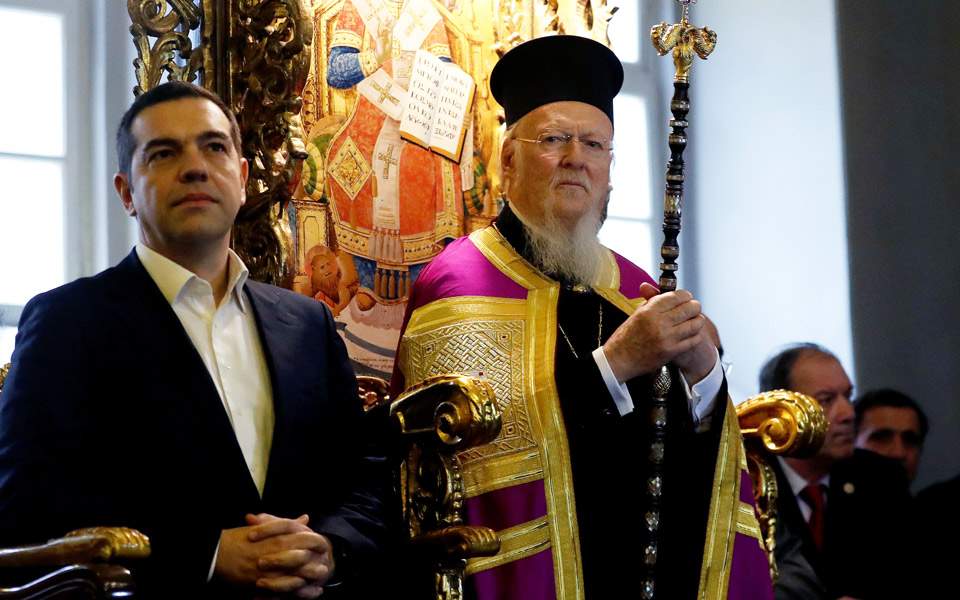 Alexis Tsipras on Wednesday visited an Istanbul seminary shut down in 1971, becoming the first serving Greek prime minister to do so.

He was greeted upon his arrival by Metropolitan Elpidoforos of Bursa (Proussa in Greek). The Greek premier was accompanied by Education Minister Costas Gavroglou, Alternate Foreign Minister Giorgos Katrougalos, Deputy Foreign Minister Markos Bolaris, as well as his wife Betty Peristera Baziana.

Tsipras and Ecumenical Patriarch Vartholomaios attended a mass at the church of Hagia Triada (Holy Trinity).

The visit has reignited hopes the school will be reopened by Turkey and once again train priests for the Greek Orthodox community.

Perched atop a hill on the Marmara islet with the same name, the Halki Theological Seminary was operated by the Ecumenical Orthodox Patriarchate until a Turkish court ordered the school shut under a law curbing non-state religious education.

The European Union has in the past pressed Turkey to reopen the historic seminary, saying its closure undermines freedom of religion. The bloc has also tied it to Ankara’s membership ambitions. Pressure has also come from the United States. In a speech at the Turkish parliament in 2009, former president Barack Obama urged Ankara to reopen the seminary as a means of promoting freedom of religion and expression.

Turkish President Recep Tayyip Erdogan has previously suggested that its reopening depends on reciprocal measures from Greece designed to improve the lives of the country’s Muslim minority in the north.

In comments made Tuesday, Erdogan linked the question of the reopening of the Halki seminary to the ability of the Muslim minority of Thrace to appoint its own muftis.

Asked by a reporter about the Halki school, he said: “Every time this comes up, I tell them we should resolve the issue of the muftis in Western Thrace. Let’s also solve this issue.”

Founded in 1844, the Halki seminary was the training center for many Orthodox leaders, including current Patriarch Vartholomaios, the spiritual leader of more than 250 million Orthodox Christians around the globe.

The Ecumenical Patriarchate in Istanbul dates back to the Byzantine Empire which came to an end when Ottoman Turks conquered Constantinople, today’s Istanbul, in 1453.

Patriarch to attend dinner for Tsipras at Turkey’s Presidential Palace