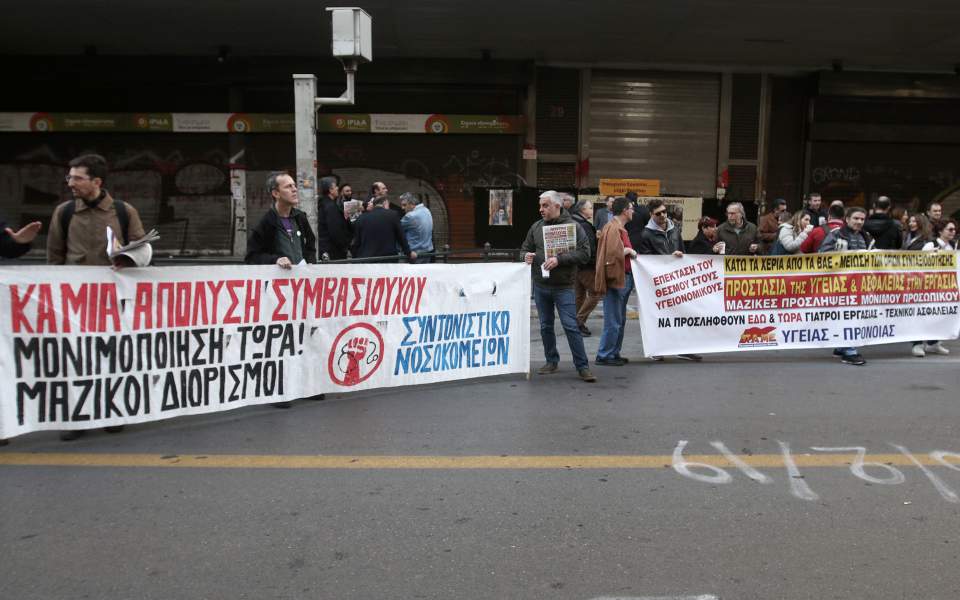 A rally by Greek public hospital workers in central Athens caused traffic disruptions and bottlenecks as protesters outside the labor ministry spilled on to Stadiou street.

Their union, POEDIN, which is holding a work stoppage until 3 p.m., is demanding pay for arduous and hazardous professions and pointing to the large number of employees waiting to receive their pension.

“Three thousand health employees are waiting for their pension. Authorities are still examining pension applications from February 2017,” the union said in a letter to Labor Minister Effie Achtsioglou, in which POEDIN requested a meeting.

Hospital workers try to barge into finance ministry during rally

Public hospital workers to walk off the job on Thursday