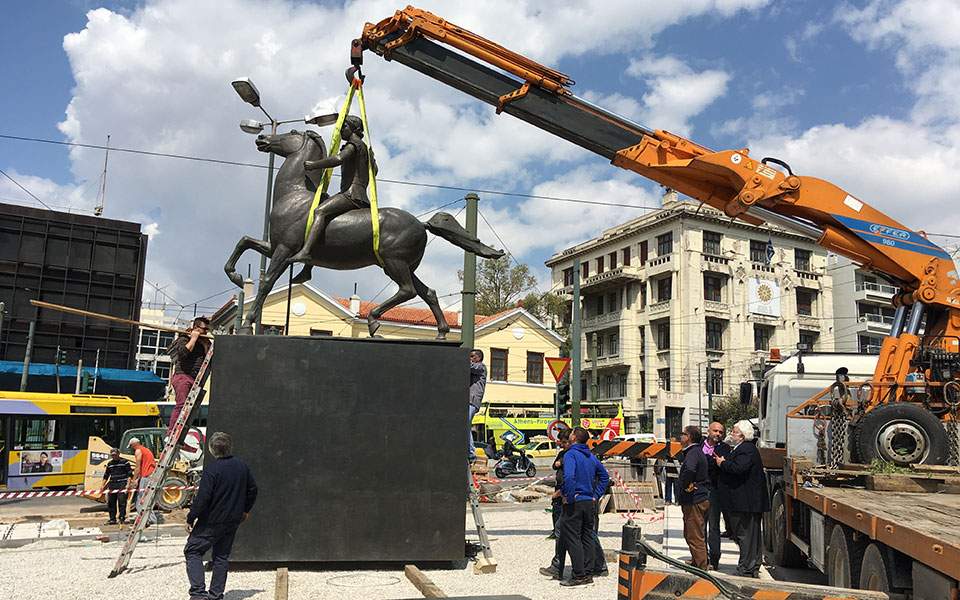 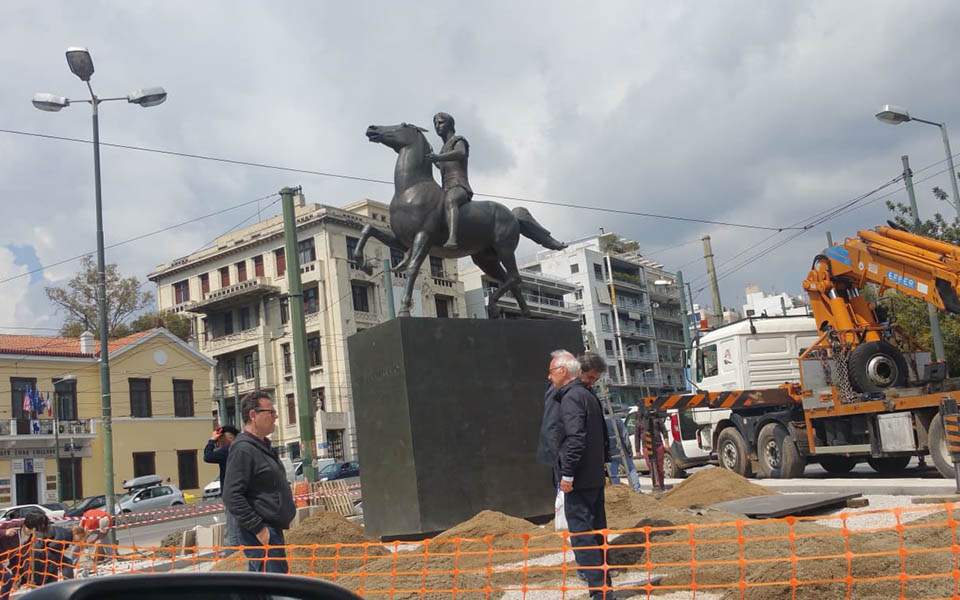 A statue of the ancient Greek warrior-king Alexander the Great was on Wednesday installed on the corner of Amalias and Vasilissis Olgas avenues in central Athens.

The statue, which will be officially unveiled on Friday, is a work by prominent 20th century sculptor Yiannis Pappas (1913-2005).

The decision to place a statue of the Macedonian king in the center of the capital was taken by the municipal council of Athens.

The cost for the installation of the 3.5-meter-tall statue was covered by the artist’s family.

Alexander died in 323 BC after carving out an empire stretching from Greece to India.

Call for Pedion tou Areos to come under municipal control

Statue of Alexander to be erected in Athens

Temporary suspension of new licenses near Acropolis amid outcry