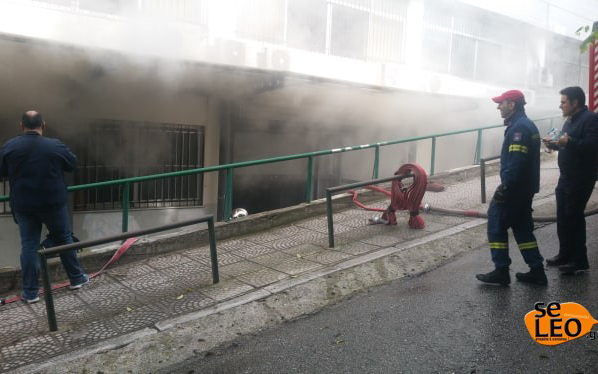 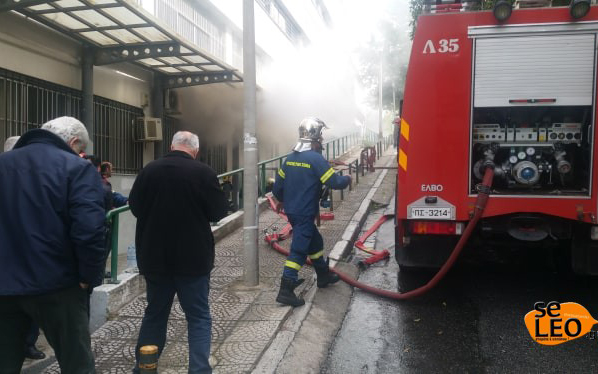 A fire that broke out in the basement of the Biology Faculty of Thessaloniki’s Aristotle University on Thursday morning caused significant damage but no injuries.

The blaze was brought under control within three hours after 18 firemen were dispatched to the scene along with seven vehicles.

A young woman who got trapped in an elevator on the seventh floor was rescued by firefighters and did not require hospitalization.

It is not yet known how the blaze started.

Some media reported that a loud noise was heard from the basement before the power went out.