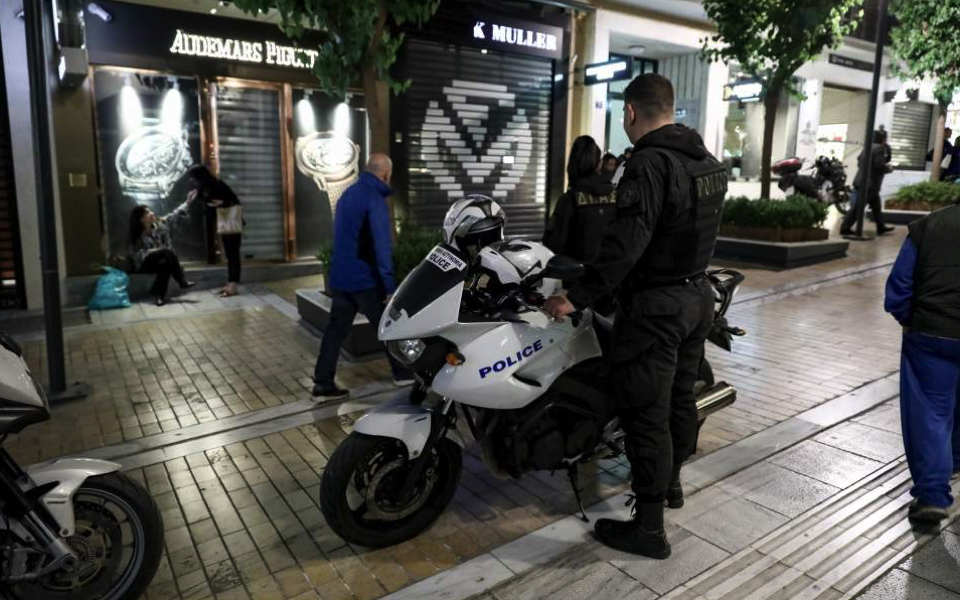 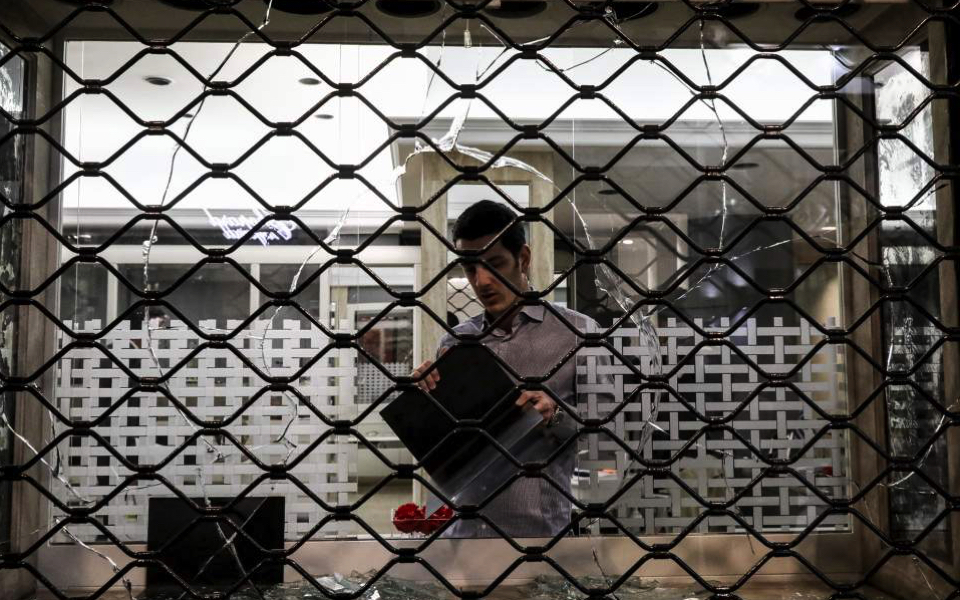 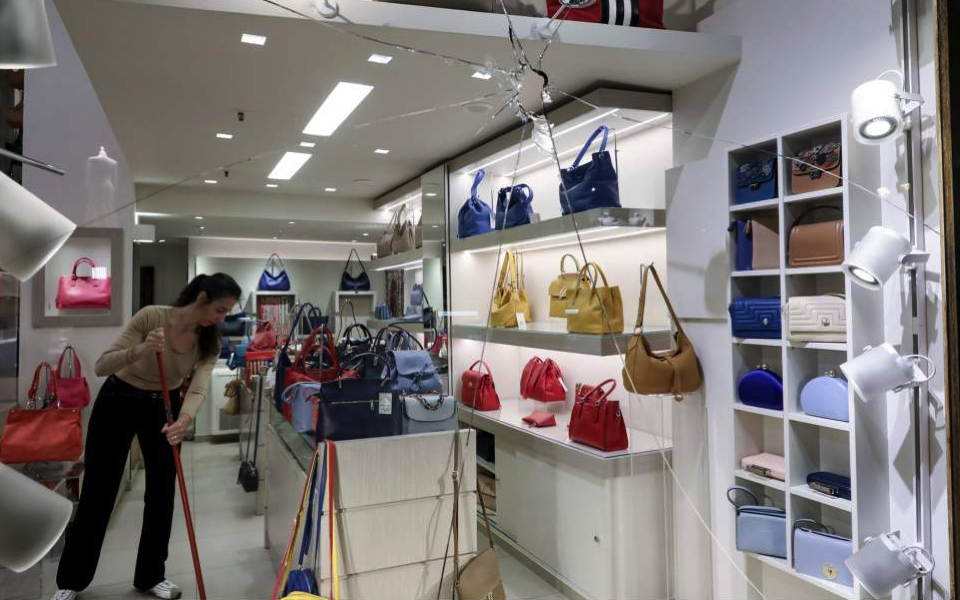 A group of about 30 self-styled anarchists wielding clubs smashed shop windows at more than a dozen stores in downtown Athens late on Thursday.

According to reports, the vandals had been gathered at the campus of Athens Law School before heading out on their rampage on Voukourestiou and Valaoritou streets.

They also scattered fliers and shouted slogans in support of convicted November 17 terrorist Dimitris Koufodinas, who is on hunger strike in protest at prison authorities’ refusal to grant him a leave.

Police have detained 10 suspects for questioning.

Man gunned down in Piraeus known to authorities

Woman arrested for debts to state of 4.6 mln euros