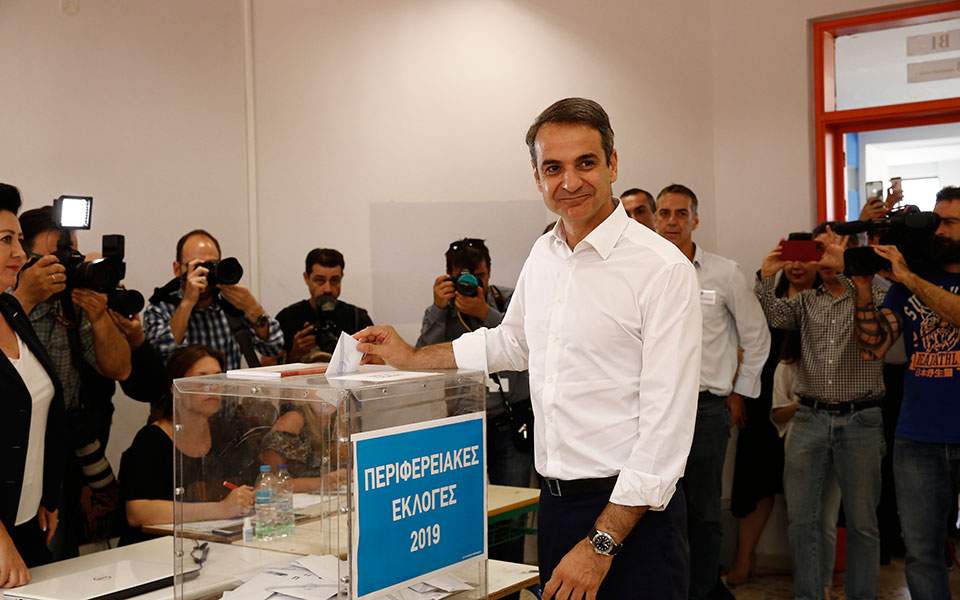 Political leaders urged voters to go to the polls for the second round of regional and local elections; however, turnout appeared lower compared to last Sunday's first round and the European elections.

Prime Minister Alexis Tsipras urged people to choose “progressive mayors and regional governors…against the representatives of conservatism” and touted the new system of proportional representation in regional and city councils that his government introduced as promoting cooperation. His opponents have claimed this system will paralyze decision-making and was designed to help SYRIZA-friendly local councilors to cling to power despite being overwhelmingly rejected.

Opposition New Democracy leader Kyriakos Mitsotakis called on citizens “to participate in this feast of democracy” and resist the temptation to abstain in places where one of the two races has been determined from the first round.

ND led by more than 18 points in expat vote

No MEP seat for Diem25