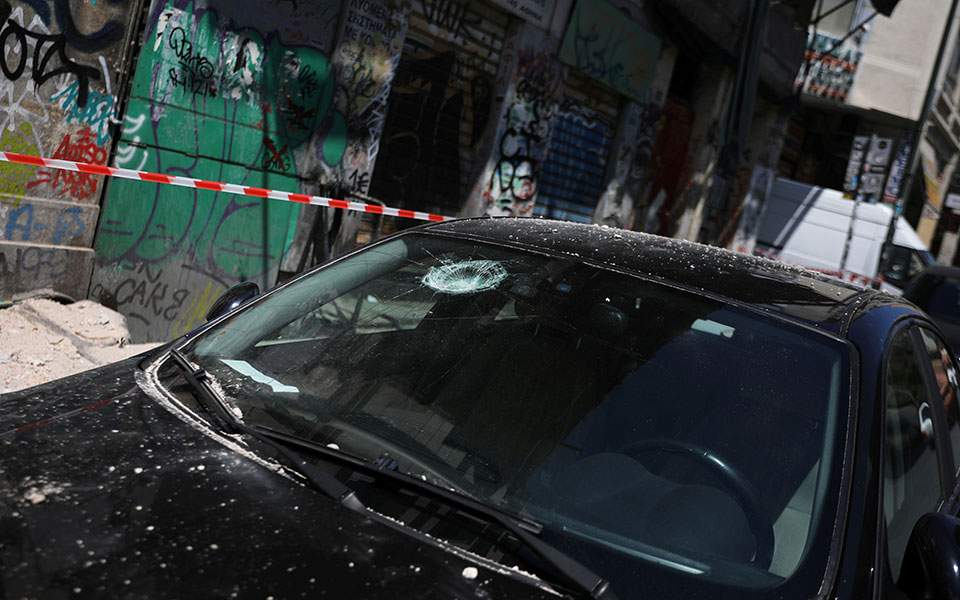 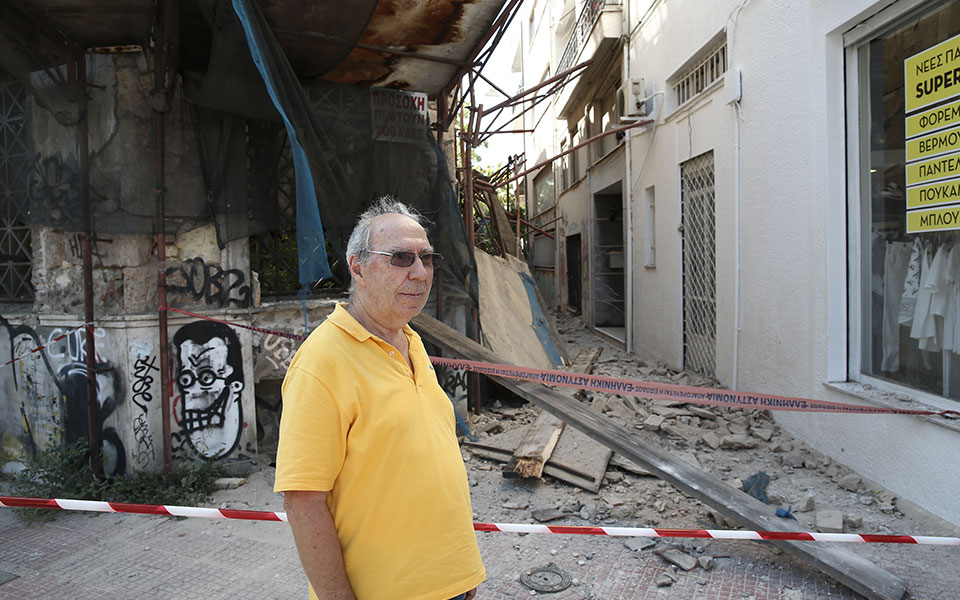 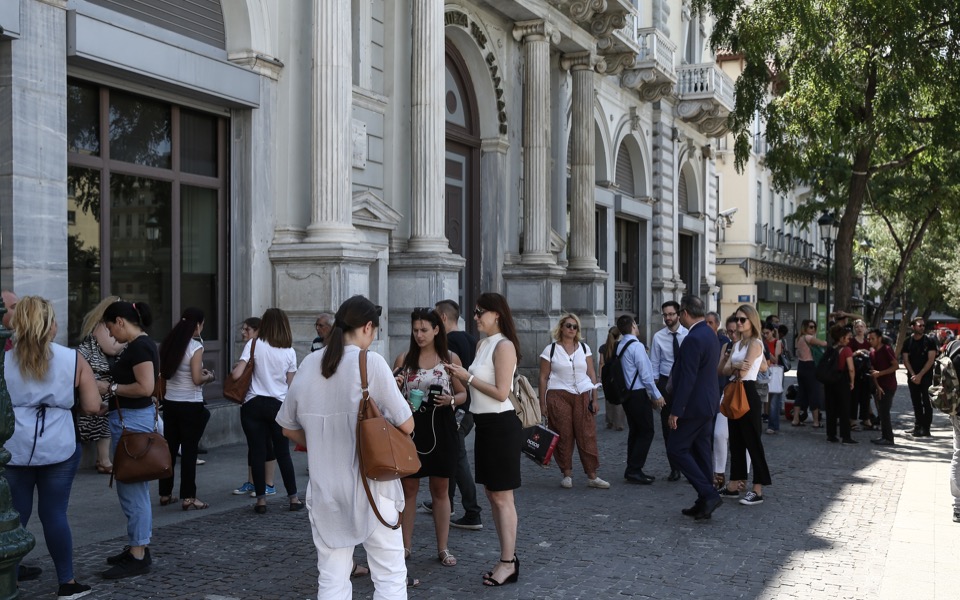 Employees waiting outside their offices after the earthquake 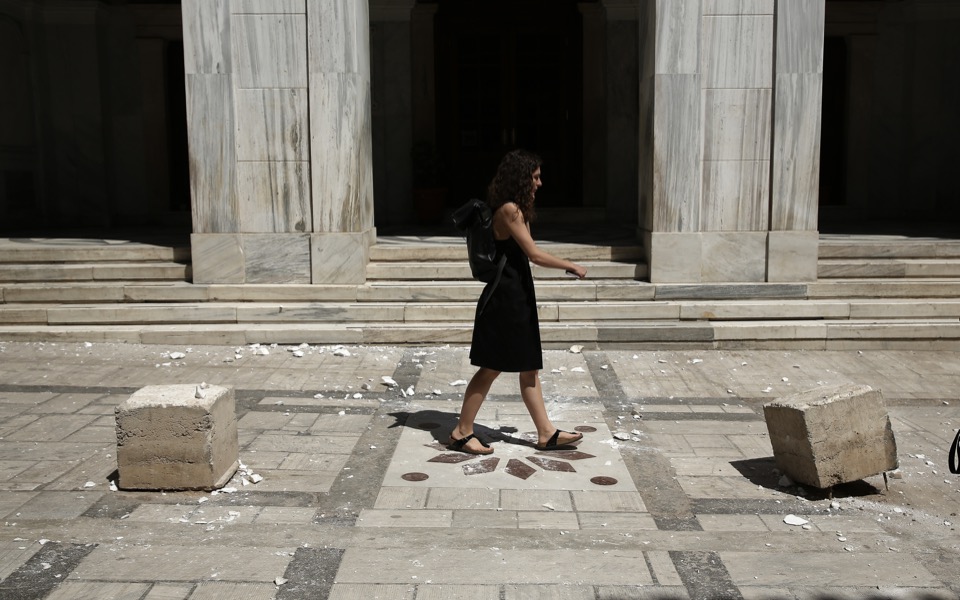 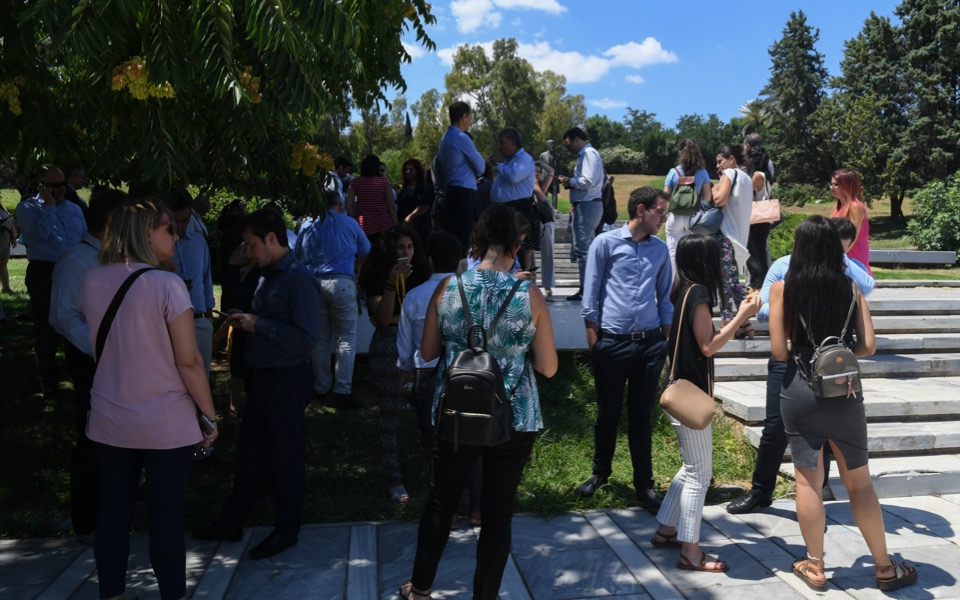 Employees from nearby offices gather at Eleftherias Park in central Athens 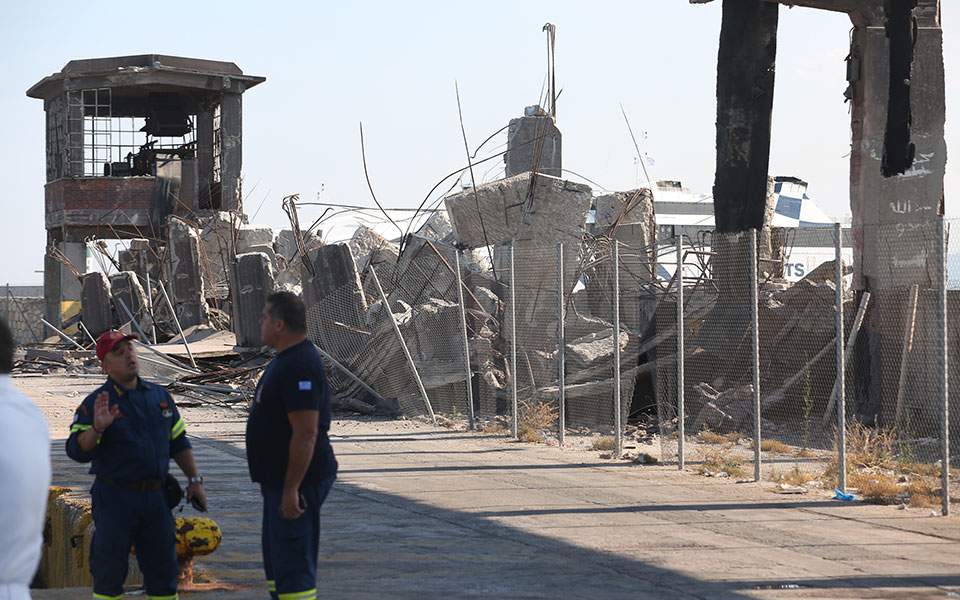 A 5.1-magnitude earthquake that hit the Greek capital on Friday afternoon damaged several buildings, while four people were hospitalized with injuries, none of them serious.

The Seismological Center of the Aristotle University of Thessaloniki said the quake, which struck at 2:13 p.m., was close to the surface, which explains why it was widely felt in the Greek capital.

The epicenter was in Magoula, just 22 kilometers northwest of Athens.

The tremor prompted many employees to flee their offices and gather in parks and other open areas in several parts of the city.

An abandoned port facility near the E1 Gate of Piraeus which housed a conveyor belt machine collapsed. No passengers disembark on that section of the port.

Petsas said plaster fell off the walls at the Parliament building and inside the Athens Prosecutor's Office, and that the state is ready to respond to any problems.

The fire brigade said it received 12 calls about people trapped in elevators.

The main event was followed by several aftershocks, two of which were large enough to be felt around the city.

The last major earthquake in Athens was in 1999, when 143 people were killed and numerous buildings collapsed or were seriously damaged.