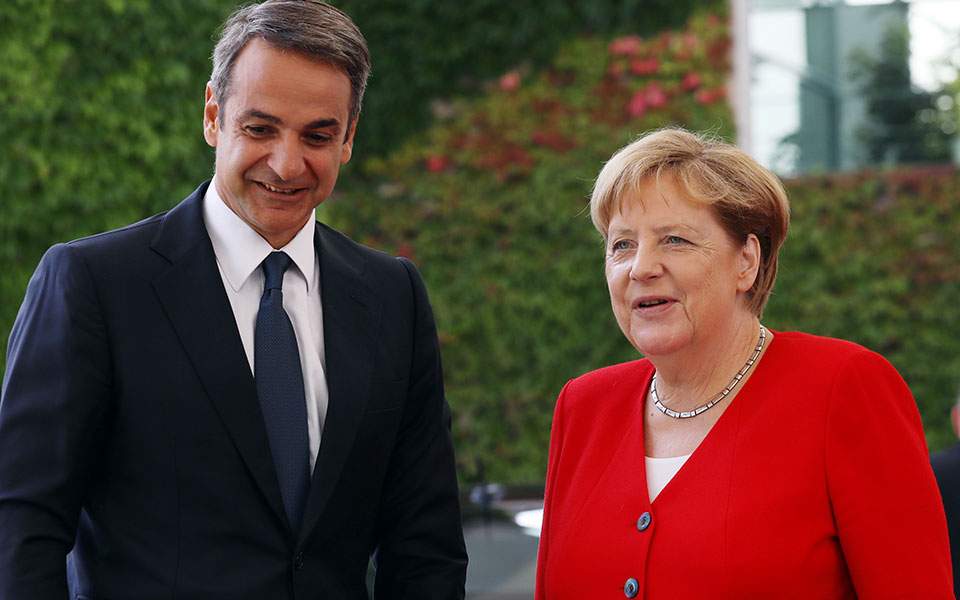 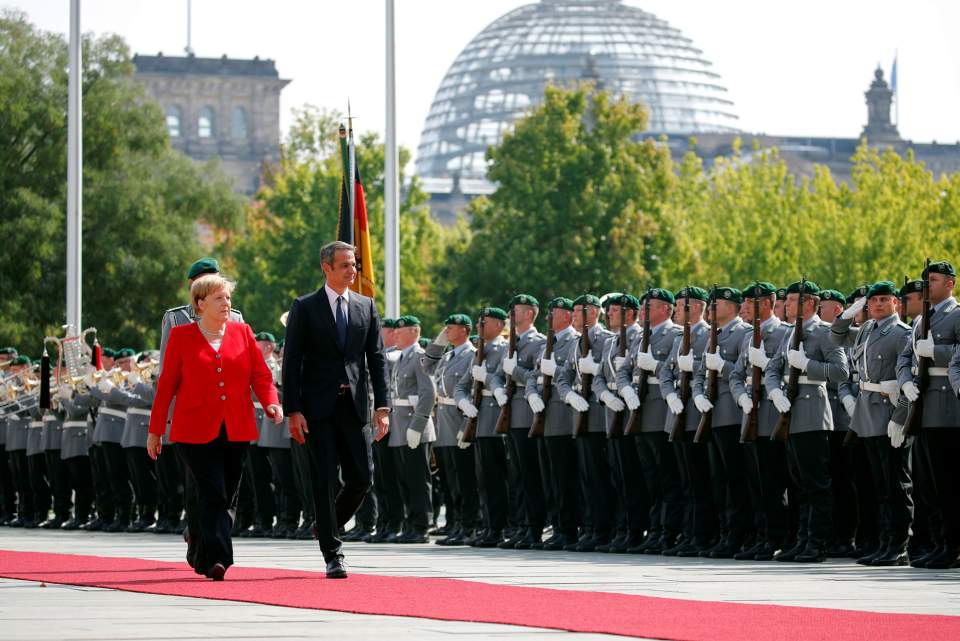 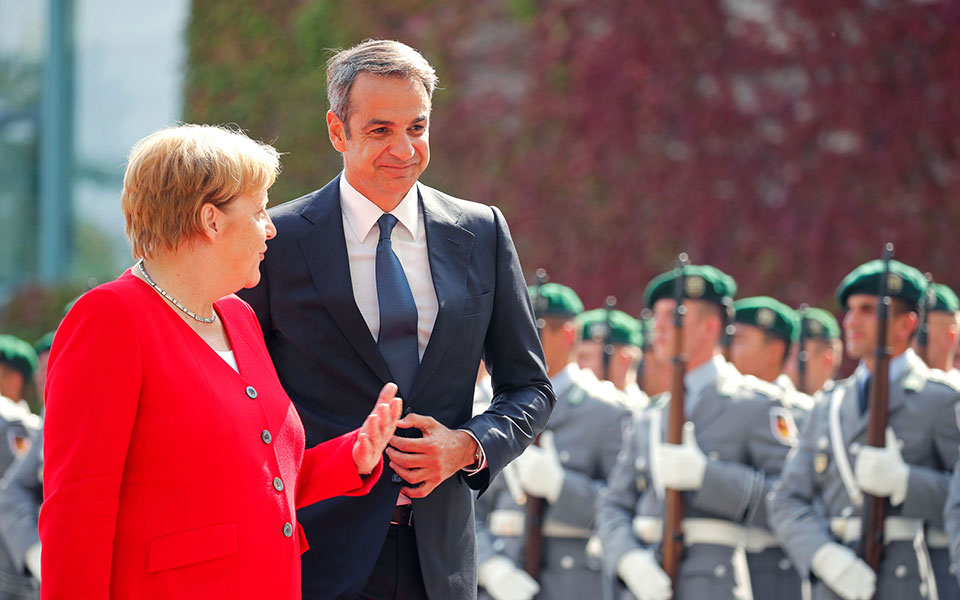 German Chancellor Angela Merkel said she believed that the implementation of Greece's commitments as part of its enhanced supervision would now be easier.

“The climate has improved. We talked about the economic policy of the Prime Minister who presented it to me and we also talked about our bilateral relations which can be further improved,” she said during a joint press conference with visiting Greek Premier Kyriakos Mitsotakis in Berlin.

“I believe Greece's commitments will now be easier, as 50 percent of the economy is psychology,” she added.

The two sides also discussed migration, with Merkel pointing out that both countries agree that the EU-Turkey statement has to be implemented.

On his side, Mitsotakis said he wants to change the context of Greek-German relations, noting that the two sides are working on a “green” development plan which will be presented with the Chancellor in December.

Asked on the increased migratory flows of the passed few months, the prime minister said Greece will do its utmost to accelerate returns of migrants who did not receive asylum to Turkey and improve living conditions of refugees who remain in the country.

He also stressed that it is unfair for first-entry countries to bear the heaviest burden, a point on which Merkel agreed, saying that the EU is still far from a sustainable solution to the problem.

Mitsotakis also said Merkel knows his views on the Prespes Agreement – the deal brokered by the previous SYRIZA administration which ended a decades-old dispute with North Macedonia over its name – noting that it has “serious flaws,” which however can be remedied through the EU's policy towards the Balkans.

Asked whether the thorny issue of war reparations was raised, he acknowledged it is a “difficult, sensitive issue," while expressing hope  that this chapter can be closed, noting that Greece hopes for a “positive solution” to the issue which will boost bilateral relations.

On the large primary surplus target that Greece has to implement as part of its post-bailout commitments, Mitsotakis said the target is “particularly high,” but that the government first wants to gain “political credibility” and then discuss the issue with creditors ‘in due time.”

PM tells FAZ he will call for investments, not lower primary surplus target

Mitsotakis in Berlin for meetings with Merkel, Scholz

Macron: France will not tolerate violations of Cyprus’ EEZ