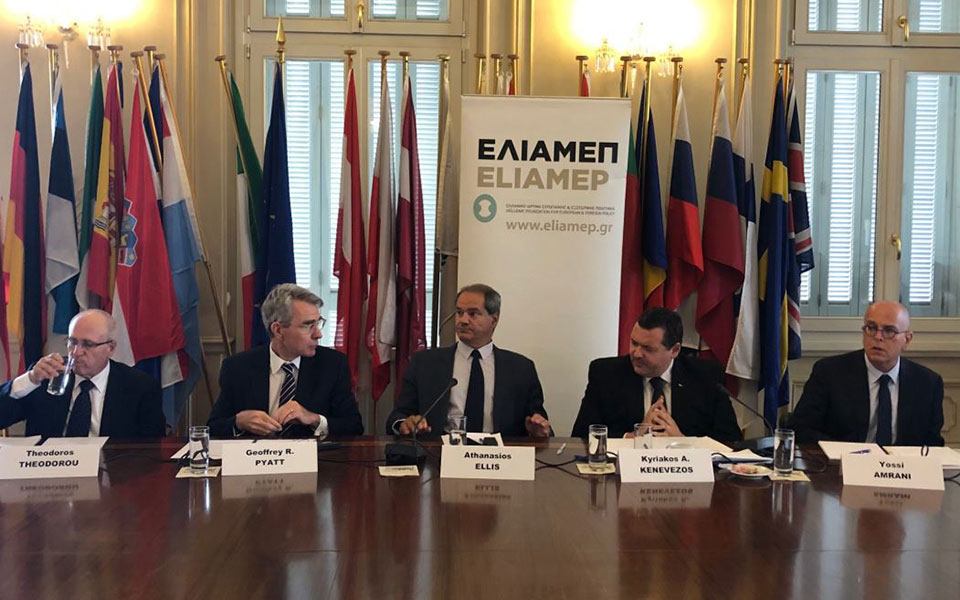 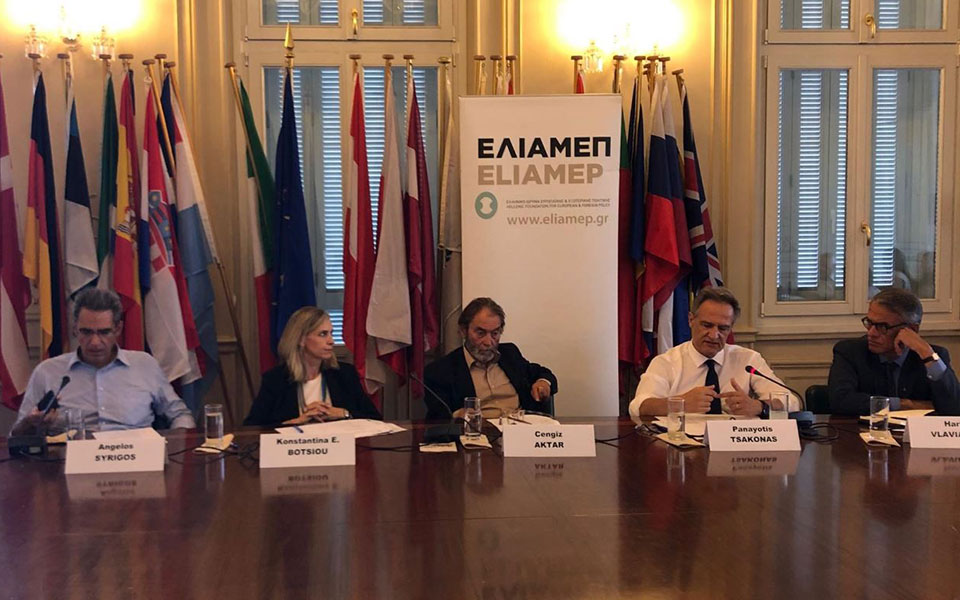 US Ambassador to Greece, Geoffrey Pyatt, reiterated on Monday that Washington will play a vital role in the transformation of the energy map in the Eastern Mediterranean and Greece.

Addressing a conference in Athens titled “Eastern Mediterranean Geopolitical and Energy Developments: The Implications for Regional and European Security,” Pyatt said that energy issues have been at the forefront of the agenda of Greek-US bilateral ties, adding that the US is expected to be a “decisive factor” in transforming the energy landscape in the region.

Cypriot Ambassador Kyriakos Kenevezos said his country “is aware of its small size, but that does not mean it has small ambitions and abilities.”

“Cyprus is a member of the EU and is present in all regional developments. But, above all, it always wants to be a factor of stability and peace in the region,” he added.

Commenting on Turkey's announced intention to develop the fenced-off town of Varosha in the Turkish-occupied region of Famagusta in Cyprus, Kenevezos said talks on resolving the Cyprus issue have to be protected, but “unfortunately, problems keep being added.”

Israeli Ambassador to Greece, Yossi Amrani, said he believed stability in the Eastern Mediterranean can enhance European security, adding that the ongoing US-backed regional cooperation initiative between Greece, Cyprus and Israel, dubbed 3+1, is an important development that Israel hopes will be a model for cooperation with other countries.

The conference was organized by the ACG Institute of Global Affairs (IGA) and the Hellenic Foundation for European and Foreign Policy (ELIAMEP).

After trilateral summit, leaders agree to defend against ‘malign influences’ in region

East Med on track with US backing