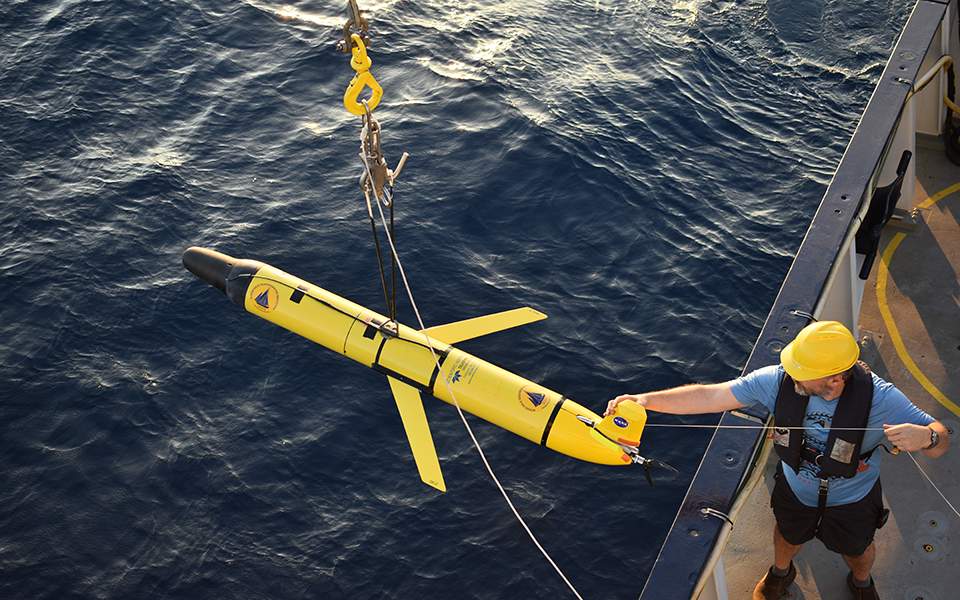 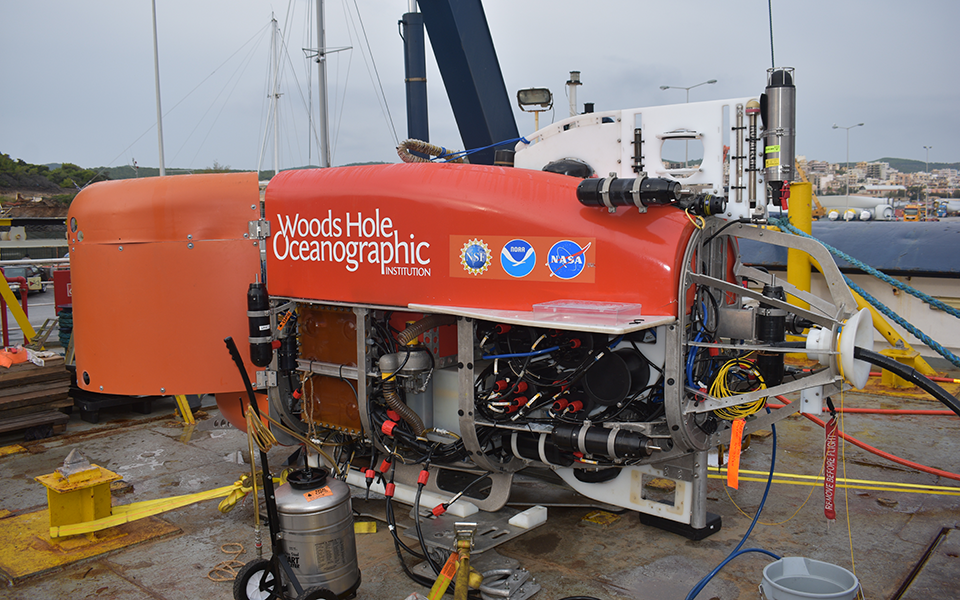 A NASA-funded, international oceanographic research expedition to study the seabed around the active submarine volcano of Kolumbo, off  the Cycladic island of Santorini, left from the port of Lavrio on Wednesday night, state-run news agency ANA-MPA reported.

The international mission, made up of 30 scientists from the US, Greece, Australia and Germany, is backed by the Greek-owned vessel DP-2 CLV Ocean Link, granted by the company Maritech International.

The expedition team will work in Santorini until November 27.

NASA's goal is to test new and "intelligent" technologies with Autonomous Underwater Vehicles (AUVs) in the sea, which in the coming decades are intended to be used to explore extraterrestrial oceans in Jupiter and Saturn’s distant satellites, Europa and Enceladus respectively.

Scientists will seek submarine traces of life in the extreme, uncharted and potentially dangerous environments of the satellites.

The program, aimed at optimizing robotic probe technology, brings together researchers from the Woods Hole Oceanographic Institution of Massachusetts (led by Dr. Richard Camilli, who is also the head of the mission), MIT, the University of Michigan, the University of Sydney, the Department of Geology and Geoenvironment of the University of Athens, and the Institute of Marine Biology, Biotechnology and Aquaculture of the Hellenic Center for Marine Research (ELKETHE).

“The Kolumbo volcano presents challenges similar to those of planetary exploration. Although remote-controlled submarines have previously landed in Kolumbo’s crater, autonomous underwater vehicles (AUVs and gliders) will be used in this mission to collect oceanographic data due to the complex and potentially hazardous environment,” Dr Paraskevi Nomikou, Assistant Professor in Geological Oceanography and Natural Geography at the Faculty of Geology and Geo-Environment at the University of Athens, told ANA-MPA.

Dementia experts shift focus to buildup of toxins in brain