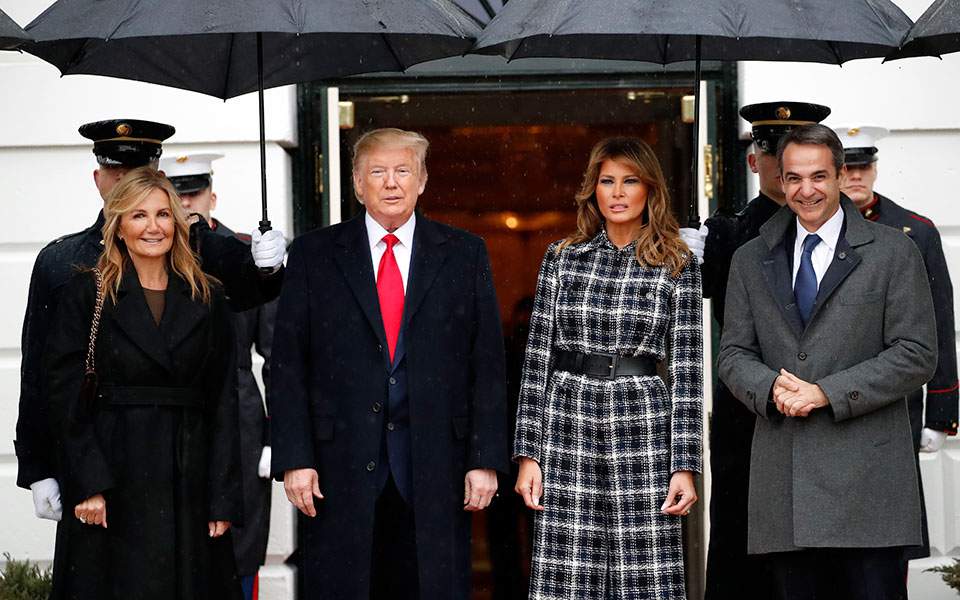 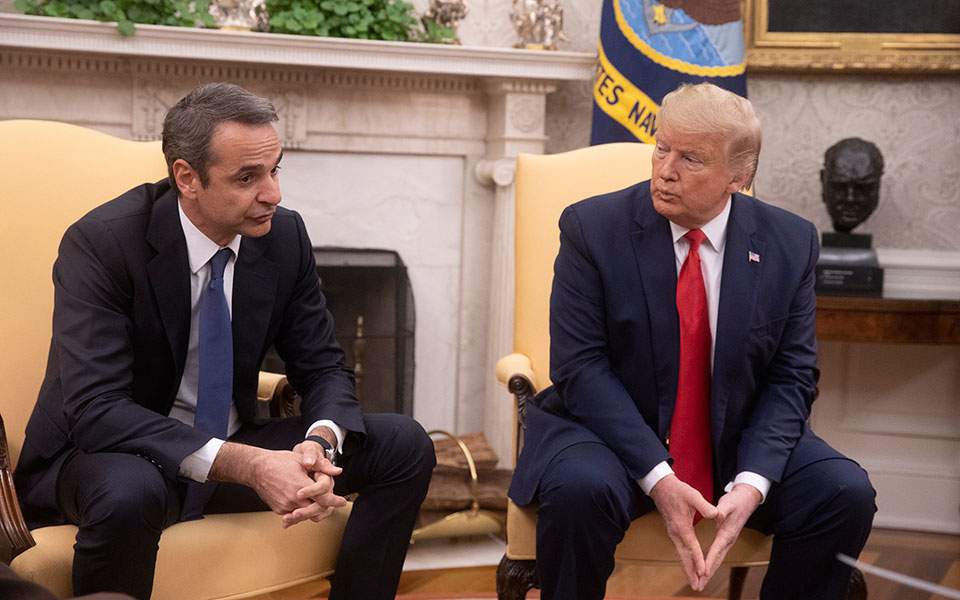 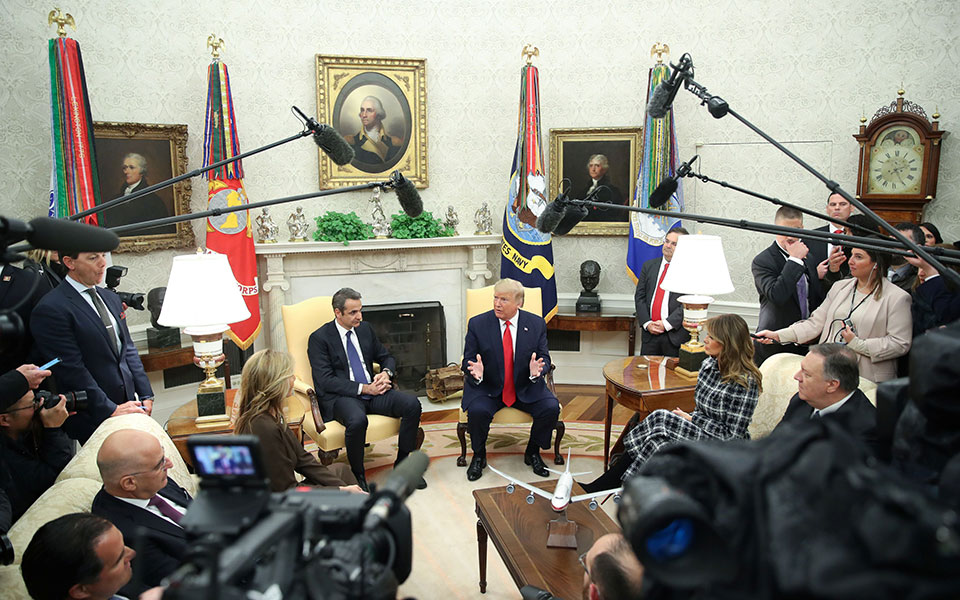 US President Donald Trump hailed his country's "extraordinary" relations with Greece as he welcomed Prime Minister Kyriakos Mitsotakis at the White House on Tuesday.

Speaking to reporters in the Oval Office, Trump said the two countries are "doing a lot" together and will continue to do so. "We're going to be meeting, talking, and negotiating a lot of deals," he told reporters at the start of the meeting.

"We have many things to discuss, the relationship is really extraordinary, as good as it can get. We're doing a lot of things together, militarily, we're also doing a lot of trade. Greece has done a tremendous comeback, we've worked with them very closely,” he said.

Mitsotakis said Greece is "very much interested" in participating in the F-35 program and reiterated that the country is a reliable US partner in the region.

"Greece is interested, Mr. President, in participating in the F-35 program.  As you know, we are already upgrading our F-16s. And that program will be completed in 2023, 2024.  So we’re very much interested in participating in the F-35 program after that.  And I’m sure that the US will take into consideration the fact that this country is coming out of an economic crisis, in terms of structuring the program in the best possible way for my country," he said.

As reporters asked about Libya, he said the agreement signed between the country and Turkey on maritime borders "infringes upon Greece’s sovereign rights and essentially causes great concern and instability in a region which is already highly problematic."

"We’ll be very much looking to your support to make sure that these types of provocative agreements are not being put into place.  And I think we should refrain, in general, in the eastern Mediterranean, for any sort of activity that inflames passions and doesn’t promote regional peace and security," he told Trump.

Asked if he will talk to Turkish President Recep Tayyip Erdogan about the issue, the US president gave a general answer: "We’re talking to — when you’re talking about Libya, we’re discussing with President Erdogan, we’re discussing many other countries.  I just spoke with the Chancellor of Germany, with Angela, and we talked about that subject specifically — Libya and what’s going on.  We’ll be talking to Russia; they’re involved… And it’s, right now, a mess."

The Greek premier, accompanied by his spouse Mareva Grabowski-Mitsotaki, arrived at the White House shortly after 9 p.m. (Greek time) and was welcomed by Trump and First Lady Melania Trump.