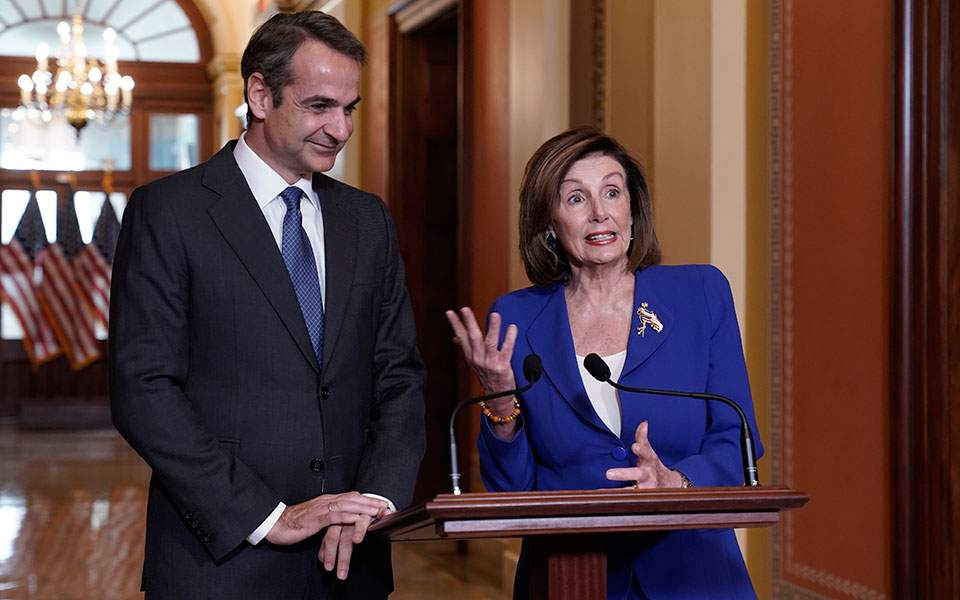 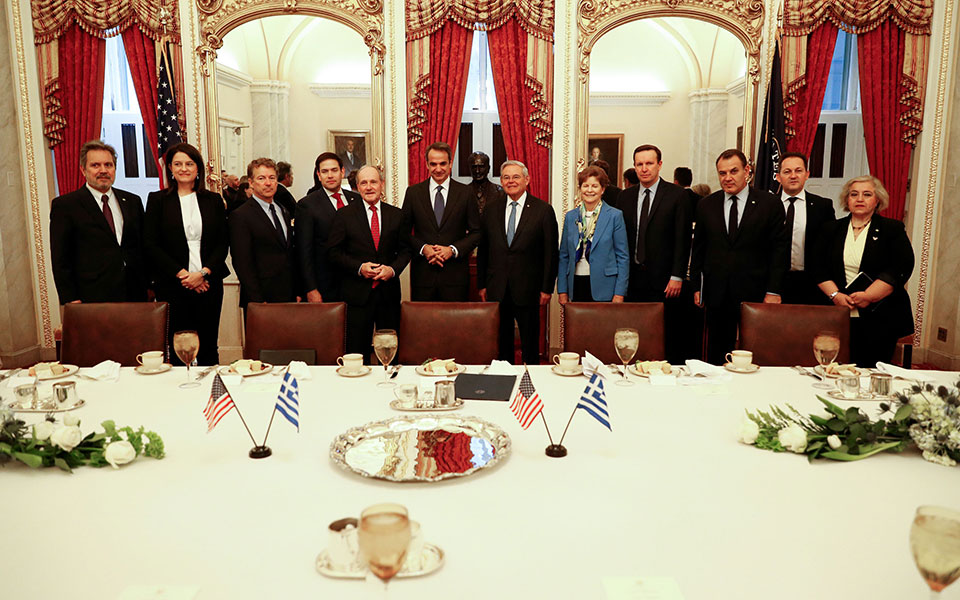 On the final day of his official visit to the US and his second day at Washington, Prime Minister Kyriakos Mitsotakis met with prominent members of the two congressional legislatures, the Senate and the House of Representatives.

According to Greek government sources, the meetings reflected both the emergence of the eastern Mediterranean as a region of major strategic interest to the United States as well as the significance the US attaches to Greece and Cyprus.

The prime minister first met with members of the United States Senate Committee on Foreign Relations, which influences foreign policy and is staffed by senators who play a leading role in the two major American political parties, including Republican Robert Menendez, who pioneered the promotion and voting for the EastMed Act in December.

Greek government sources favorably pointed out how meeting several members of the Senate Committee on Foreign Relations is not a regular occurrence for a foreign leader.

Additionally, sources said it was particularly important that members of the Foreign Relations Committee showed great interest in investment opportunities in Greece and the prospect of its "return" as a leading force in the Balkans and a stabilizing power in the eastern Mediterranean.

Premier Mitsotakis presented Greece's stance on the illegal, provocative Turkish actions, which, he said, tend to destabilize the eastern Mediterranean region and beyond. He informed members of Congress of the Turkey-Libya MoU, which neglects the rights of Greek islands.

He stressed Greece's cooperation with Israel and Cyprus in the construction of the EastMed pipeline, which, he said, is a project of peace and development in which everyone can participate, and he also highlighted Greece's geostrategic role to regional stability and its significant contribution to NATO, here recalling the recent update of Greece's Mutual Defense Cooperation Agreement with the US.

He also informed the members of Congress of the ongoing process towards resolving the Cyprus issue, but also emphasized how the future of Balkan states is directly linked to their participation in the Euro-Atlantic structures and underlined all Greek initiatives in this direction.

Mitsotakis then met with the House of Representatives Speaker Nancy Pelosi, telling her that "we are two long-standing democracies, and as Greece celebrates the bicentennial of its War Of Independence in 2021, which is largely inspired by the founding fathers of the US, it will be another great opportunity to let us reaffirm our commitment to the common values that unite our two great peoples."

On Twitter, Pelosi wrote: "It is a pleasure to welcome Prime Minister Mitsotakis to the US Capitol to discuss the strong partnership between our two countries."

Senator Bob Menendez, also in Twitter, said he was pleased to welcome Greece’s Prime Minister "to discuss challenges in the eastern Mediterranean and reaffirm our shared commitment to democracy, human rights, and rule of law."

PM to brief party leaders about US trip on Friday

Mitsotakis to meet Trump in US visit starting Sunday