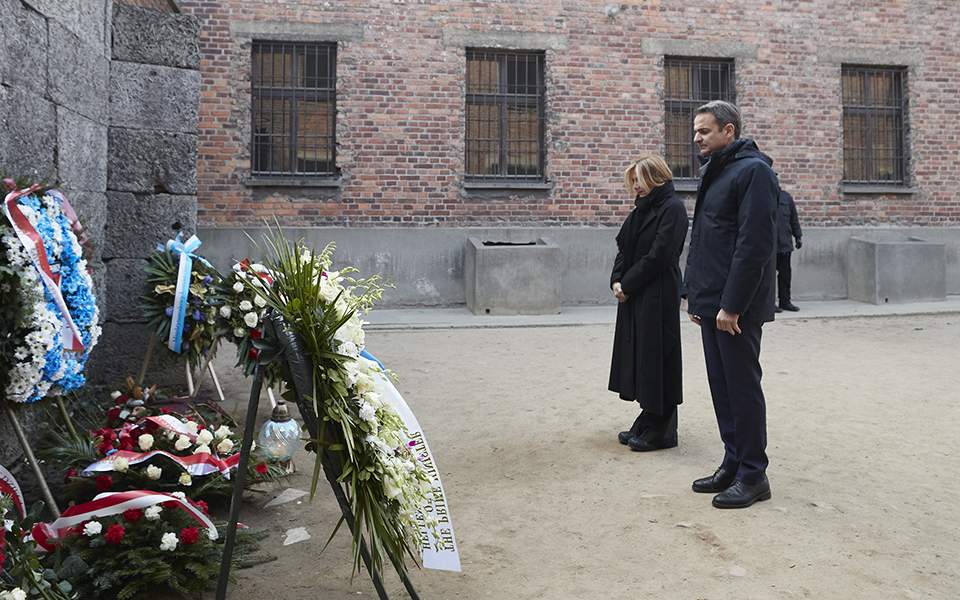 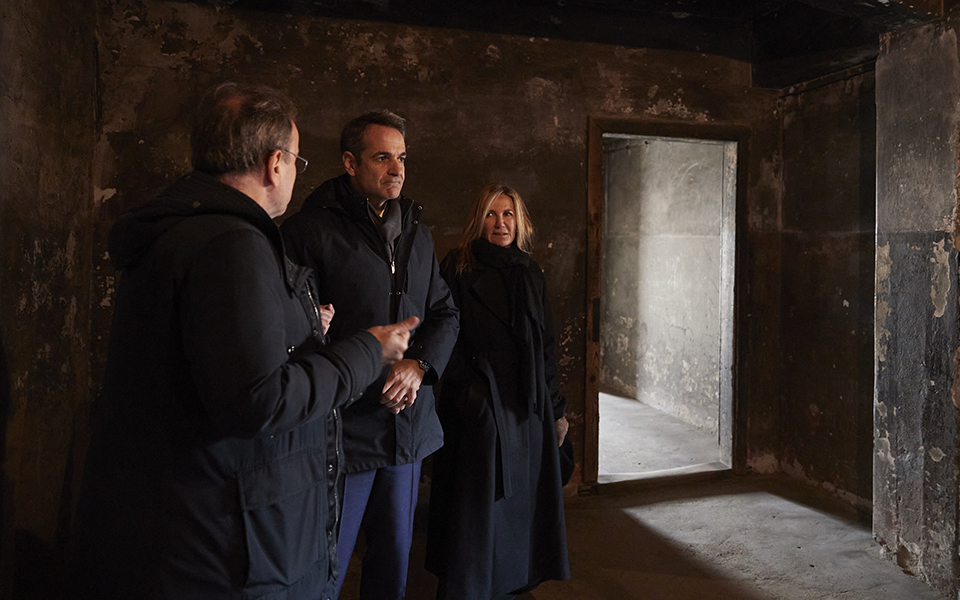 Greek Prime Minister Kyriakos Mitsotakis paid homage to the victims of the Holocaust during a visit to the former Auschwitz death camp on Monday, as survivors and world leaders gathered in Poland to commemorate 75 years since Soviet troops liberated it.

“I come to this place with great emotion, [a place] which has been identified like no other with barbarism. Indeed, if there is any hell in this world, it is here. I come to honor the memory of the six million Jews who were exterminated by the Nazi regime. Among them were 65,000 Greek Jews who never returned to their homeland,” he said after a tour of the site.

“Seventy-five tears after the liberation of this place from the Red Army, we should all make this sacred commitment to never forget what happened here. And let us never forget that hatred, discrimination, intolerance have no place in our democracy,” he added.

Mitsotakis and his spouse, Mareva Grabowski-Mitsotaki, saw objects of prisoners and heard stories of Greek Jews and political prisoners who were murdered in the camp, as well as of people who survived.

Among the objects seen was a manuscript written by Greek Jew Marcel Najari from Thessaloniki, that was discovered many years later inside a glass flask buried in the camp.

Mitsotakis on Cyprus: ‘We do not forget the victims of the invasion’

Germany says question of reparations to Greece is settled