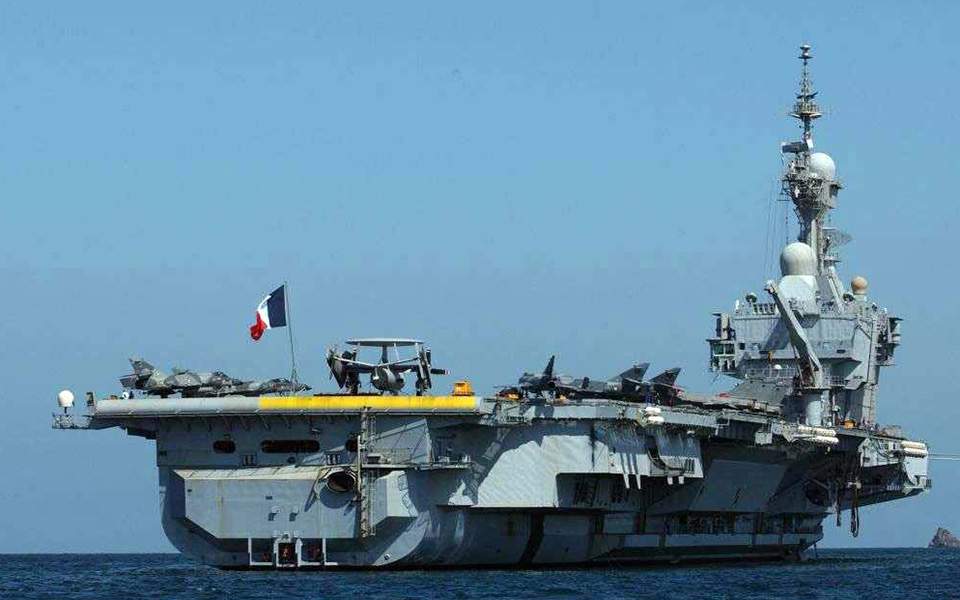 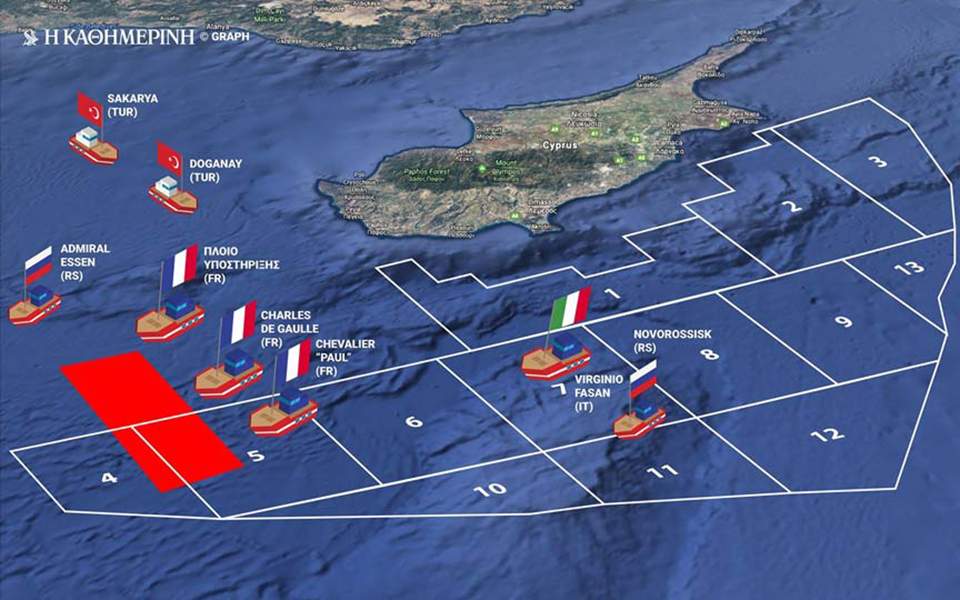 Amid rising tensions in the East Mediterranean, the flagship of the French Navy, aircraft carrier Charles De Gaulle, remains in Block 8 of Cyprus’ exclusive economic zone, bearing a small fleet of Rafale fighter jets, helicopters, other aircraft and drones.

Block 8 has come into sharp focus in the past two weeks as Turkey’s Yavuz drillship is there, violating Cyprus’ continental shelf, while the rights of France’s Total and Italy’s Eni, which have been granted a license to explore for hydrocarbons in Cyprus's EEZ, have also been infringed upon.

The Rafale jets have been operating against Islamic State targets as part of the French military’s Operation Chammal, with some of the aircraft flying over Cypriot territory on Sunday.

The fact that the Charles de Gaulle aircraft carrier has remained south of Cyprus has caused annoyance in Ankara, as far as reports in the Turkish media suggest.

According to the plans announced by French authorities, the carrier will sail to Limassol before ending its mission and returning to the Strait of Hormuz, between the the Persian Gulf and the Gulf of Oman, at the end of February.

The presence of the American official is also seen as underlining the increasing support of the US for energy and security cooperation between Greece, Cyprus and Israel.

He is to have talks with Cypriot government officials over the coming days that are expected to touch on Turkey’s continuing transgressions in the region.

Nicosia, for its part, is keen to boost bilateral defense cooperation following Washington’s decision in December to gradually lift a decades-long embargo on US weapons to Cyprus.

US arms embargo to be lifted on conditions

Turkey to use airport in occupied Cyprus as base for F-16s ‘if necessary,’ says report