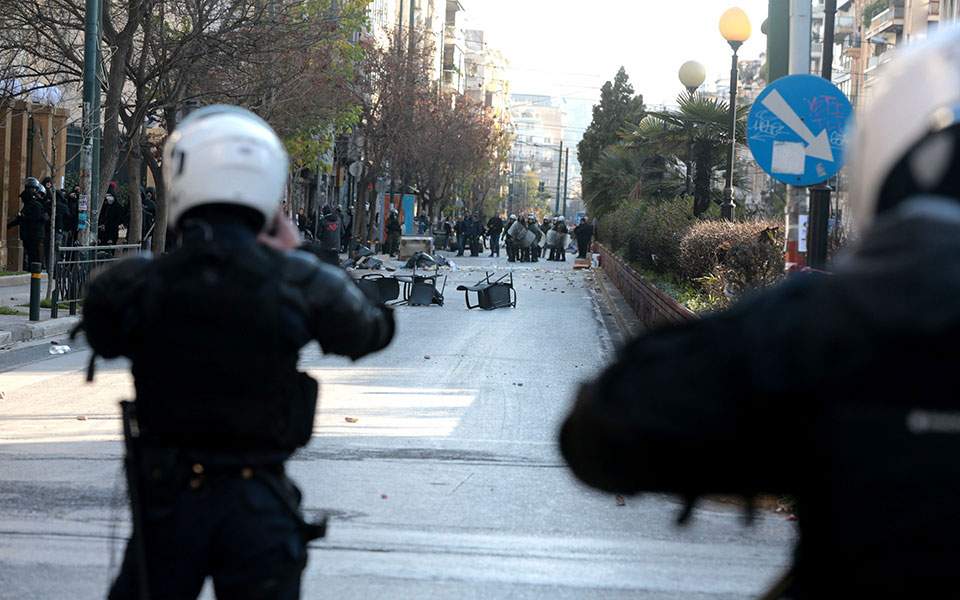 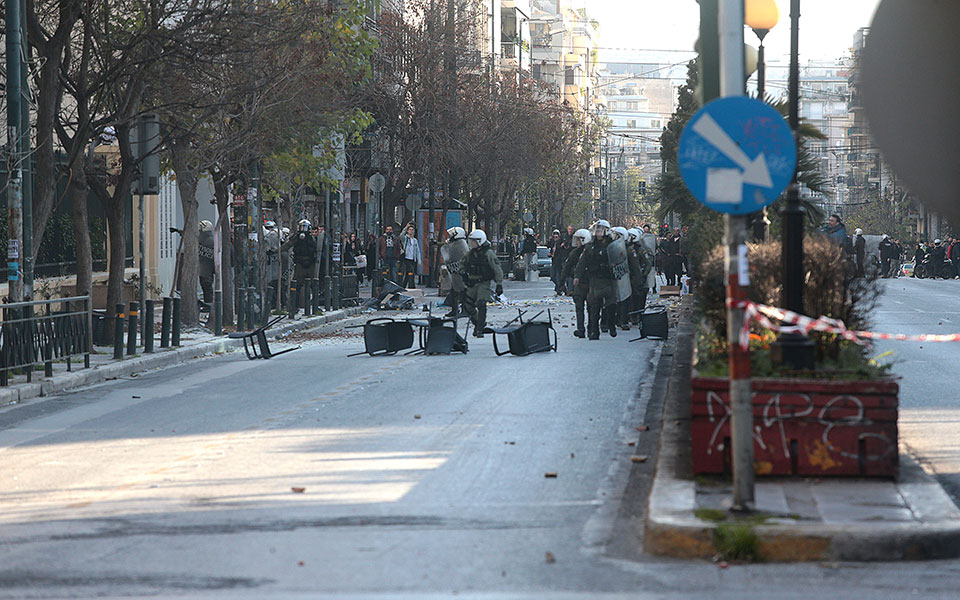 Five people were detained on Tuesday afternoon after about 70 hooded individuals hurled stones, sticks and other objects against riot police officers outside the Athens University of Economics and Business in central Athens.

The group of unidentified people exited the university's grounds and set up barricades with chairs and garbage bins outside the university, disrupting traffic on both directions of the main Patision Avenue.

Riot police entered the university's yard and detained the suspects. Officers then reopened Patision to traffic.

The incident follows an assault against a plain-clothes police special guard in the same area a day earlier by a group of unknown individuals, during which the officer pulled out his sidearm in self-defense without firing his weapon.

Fourth suspect in Thessaloniki restaurateur’s killing turns himself in