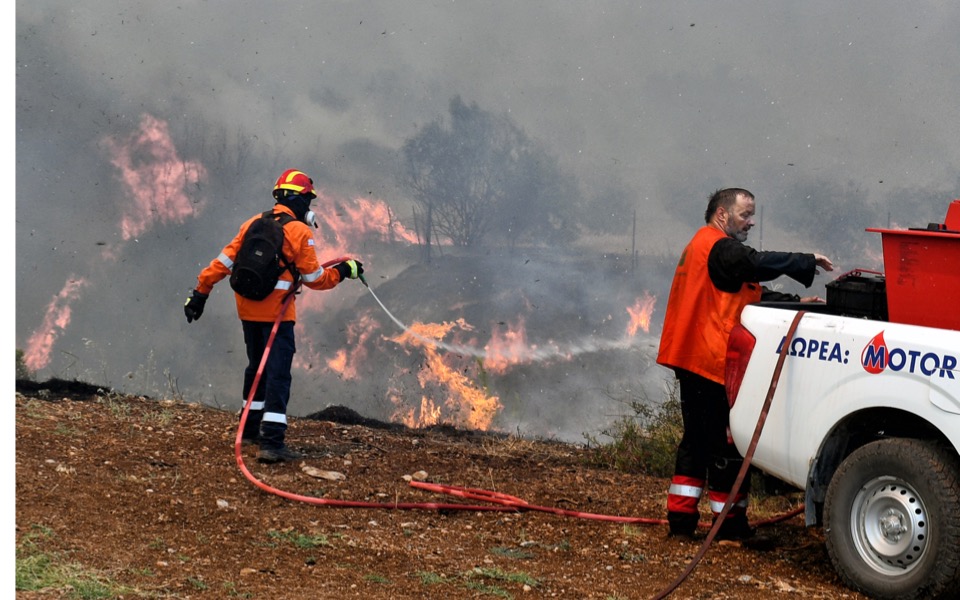 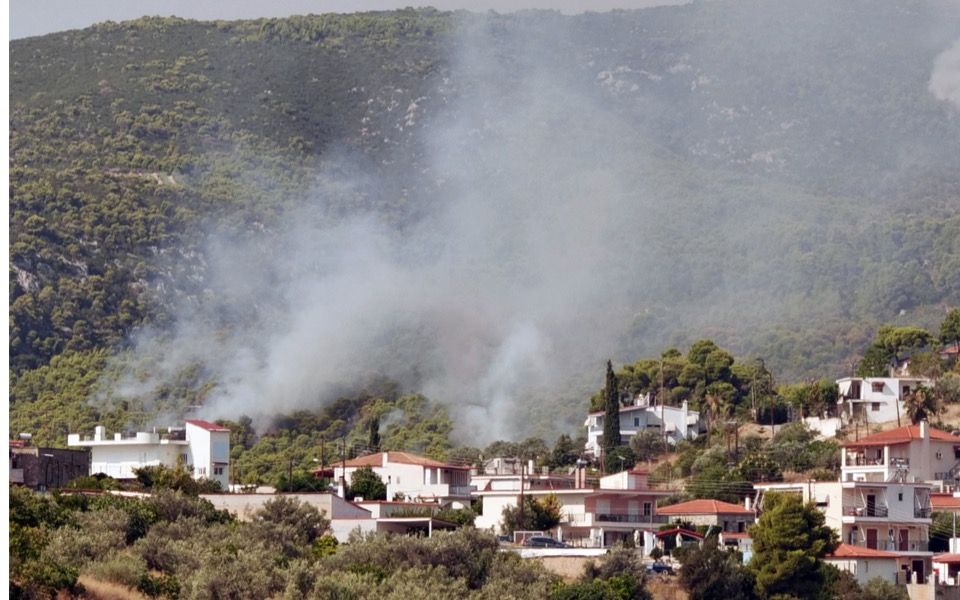 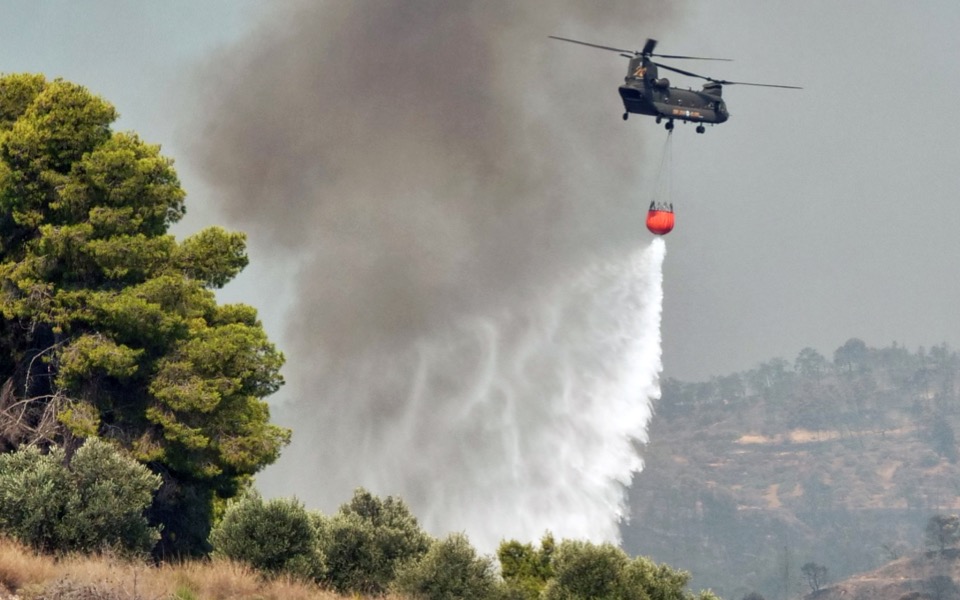 Greece’s Fire Brigade was “cautiously optimistic” on Thursday about the large wildfire that burned scathes of forest land in the area of Kechries, in Corinthia, since it broke out on Wednesday, but warned that a weather forecast of strong winds could reignite the flames.

Winds had dropped during the night but the fire was still active on several fronts.

Speaking to state-run news agency ANA-MPA, spokesman Vasilis Vathrakoyiannis said “damages have been caused” by the fire, but added that there is still no official information as to whether houses have been burned.

Six settlements were evacuated on Wednesday and one summer camp as the flames approached residential areas and came close to a military camp where explosives were stored.

More than 230 firefighters were battling the blaze, assisted by 54 fire engines, four helicopters and eight planes, with volunteers also helping.

Reinforcements arrived from other parts of the country to assist the effort. Winds had dropped but the fire was still active on several fronts, witnesses said.

Wildfire raging in Kechries as fire service responds to other blazes