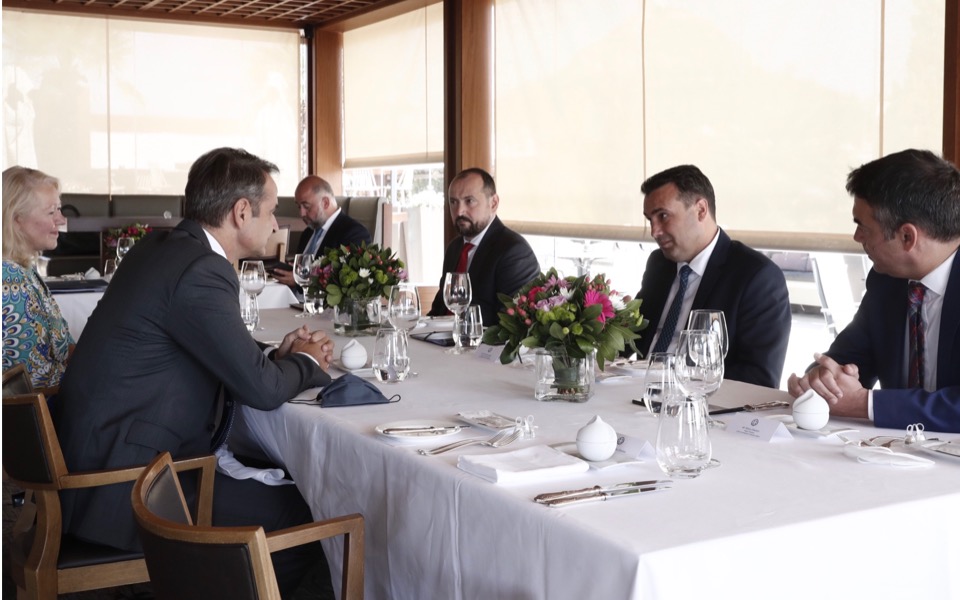 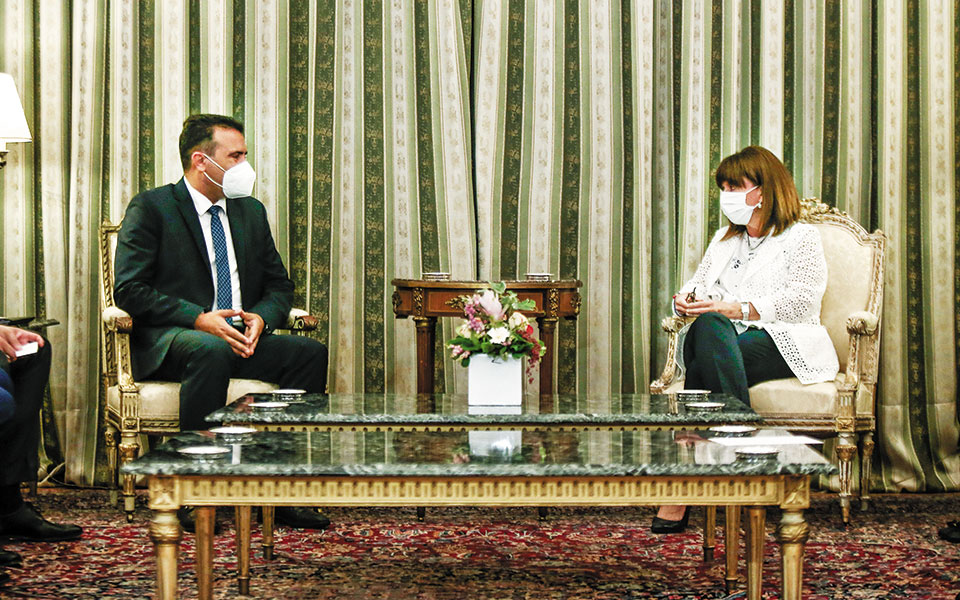 The visit to Athens, the first for the North Macedonia PM, was to symbolize the end of a “cold war” between the two Balkan neighbors over their decades-long name dispute.

Zaev, who combined his visit with his attendance of the Economist Conference, is reportedly in line with the European stance toward Ankara regarding the recent escalation between Greece and Turkey over maritime rights in the Eastern Mediterranean.

Sakellaropoulou reaffirmed Greek support for the European course of North Macedonia, while also emphasizing that the Prespes Agreement must be implemented in its entirety to further deepen bilateral relations. Stressing his commitment to the deal, Zaev said Greece is a strategic partner.

He also discussed bilateral ties and economic cooperation with Prime Minister Kyriakos Mistotakis during a dinner hosted in his honor.