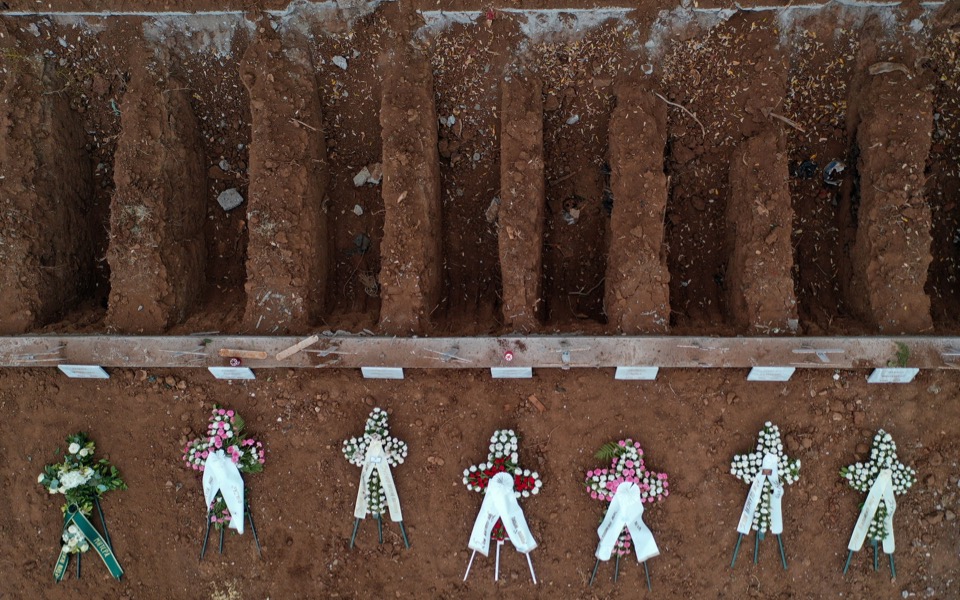 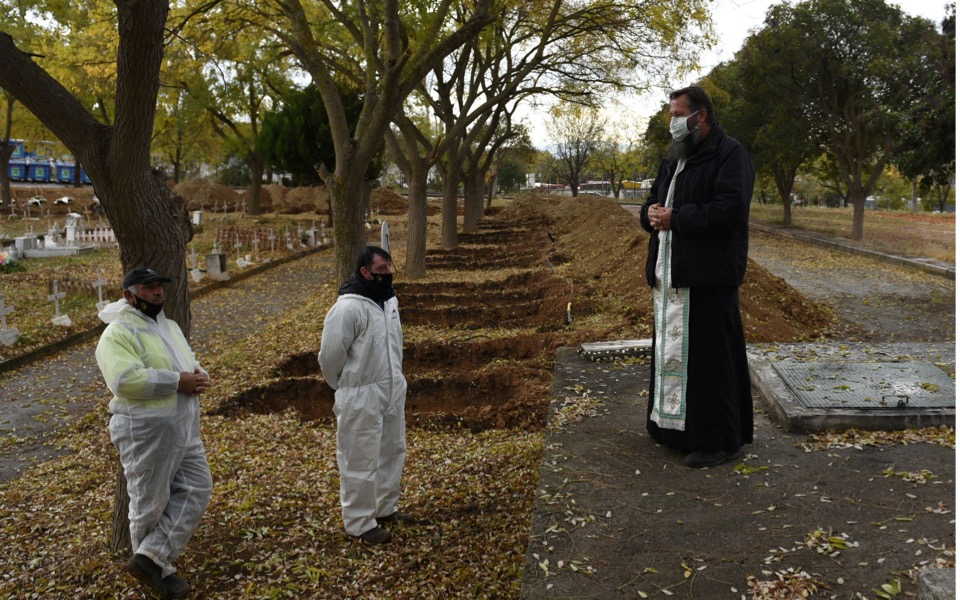 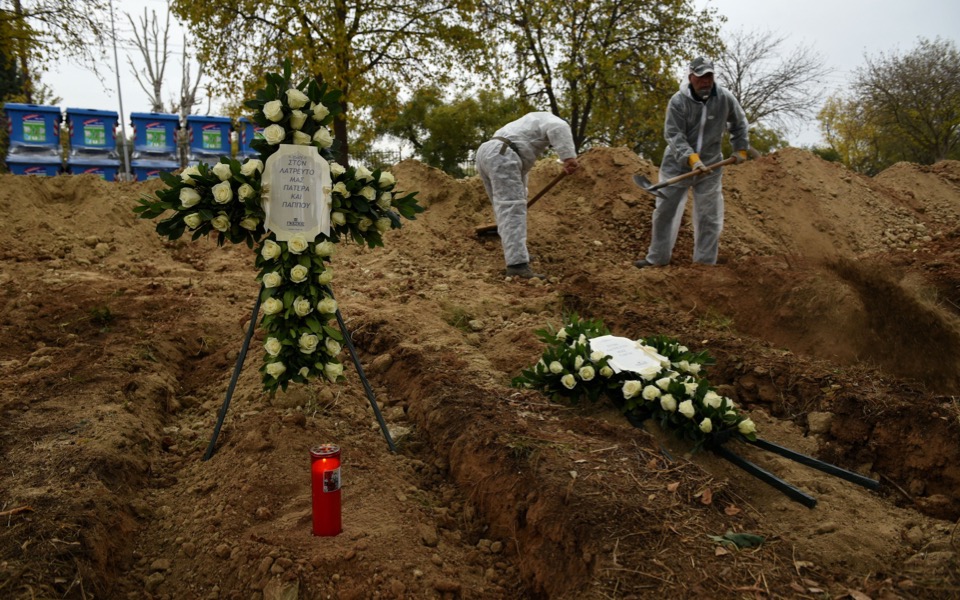 Workers in personal protective equipment (PPE) bury a coffin as wreaths are placed on graves, in a designated cemetery area for patients who died from the coronavirus disease (COVID-19), in Thessaloniki, Greece, December 3, 2020. Picture taken December 3, 2020. [Alexandros Avramidis/Reuters] 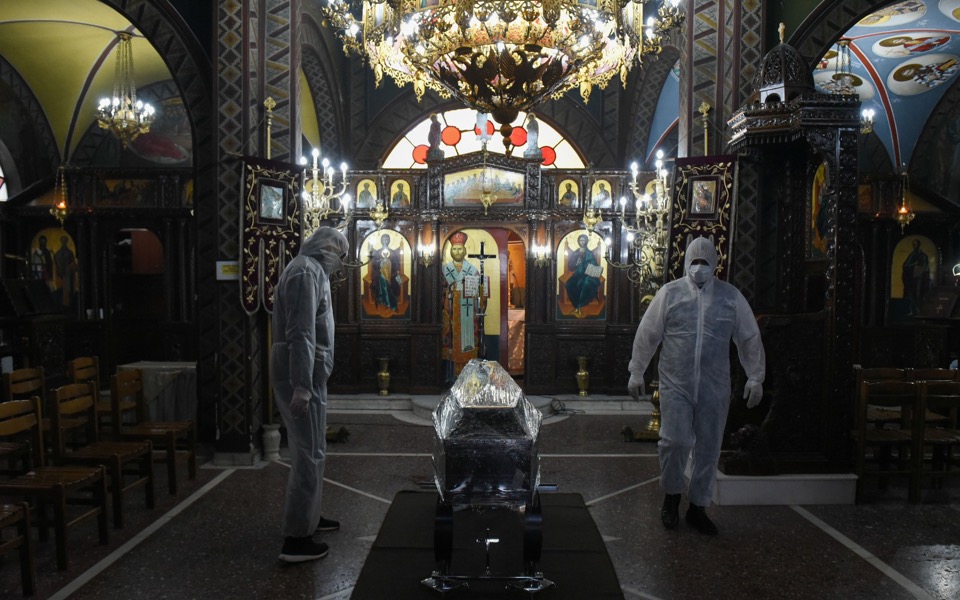 Pallbearers in personal protective equipment (PPE) stand next to a coffin of a patient who died from the coronavirus disease (COVID-19), inside a church in a cemetery in Thessaloniki, Greece, December 3, 2020. Picture taken December 3, 2020. [Alexandros Avramidis/Reuters]
Newsroom
December 4, 2020 04.12.2020 • 16:37

Authorities in the northern Greek city of Thessaloniki have dug dozens of graves for the victims of Covid-19 after a sharp increase in the number of deaths.

Greece has ordered a second nationwide lockdown after a spike in cases of the new coronavirus. By Thursday, it had recorded 111,537 cases and 2,706 deaths.

Thessaloniki, a city of about one million and where the first nationwide cases surfaced in February, has been particularly hard hit during the second wave.

"We didn't encounter many cases in the first lockdown…There were very few cases (then) and it wasn't every day. These days it's daily," said funeral services provider Stavros Chatzivaritis.

"There are between five and eight funerals, almost every day."

At the Resurrection of the Lord Cemetery in Thessaloniki, on the eastern side of Greece's second largest city, many new graves have been opened. The Greek Orthodox chapel in the compound conducts funeral services, with pallbearers in full protective clothing.

The silence in its graveyard is punctured by the gentle chant of an Orthodox priest, or by the thud of the shovelled earth hitting the coffin, wrapped in plastic.

There are flowers, but grieving relatives are kept to a minimum and at a distance. "To my beloved," wrote one on a wreath.

Intubations jump to 622 as daily death toll comes to 100