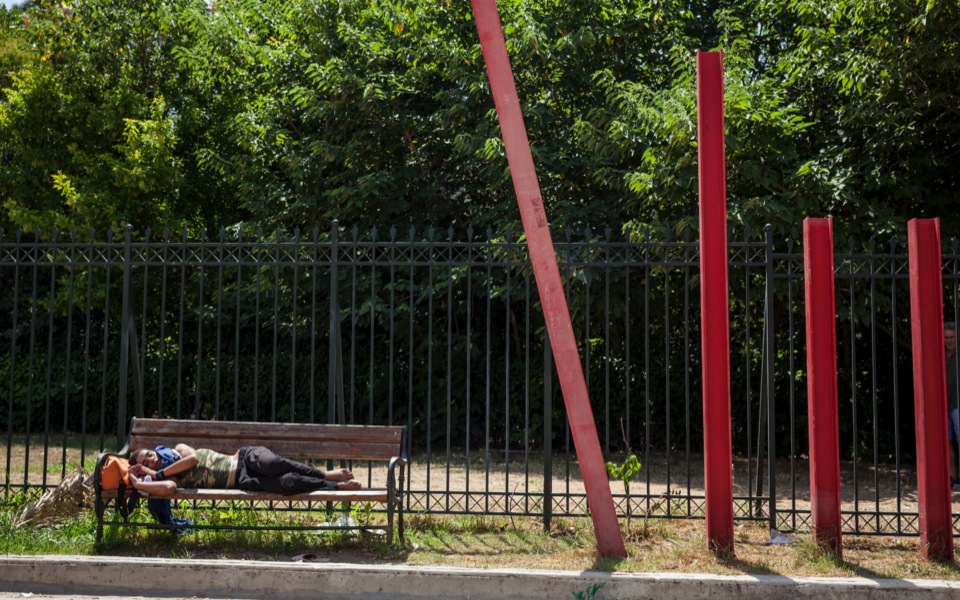 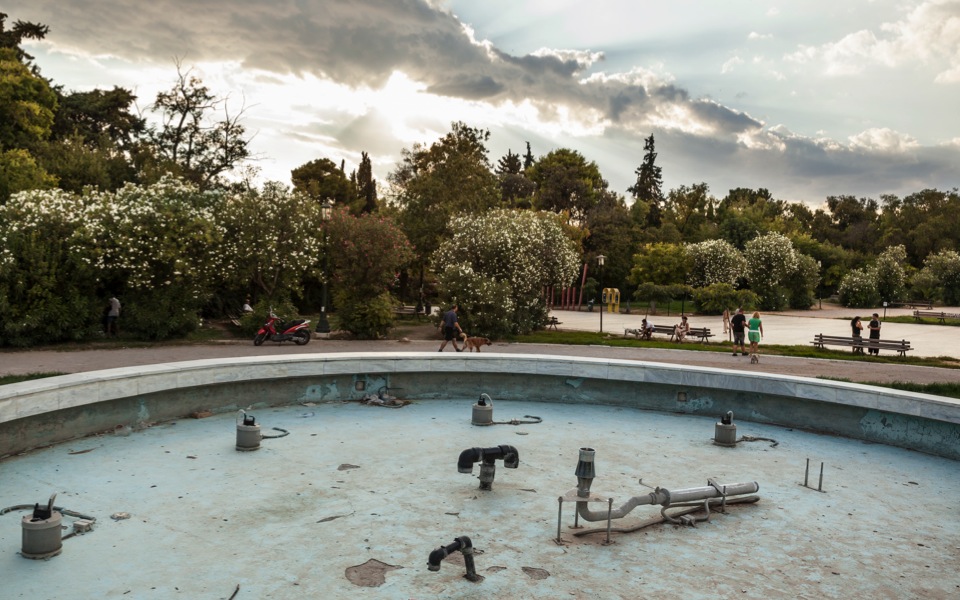 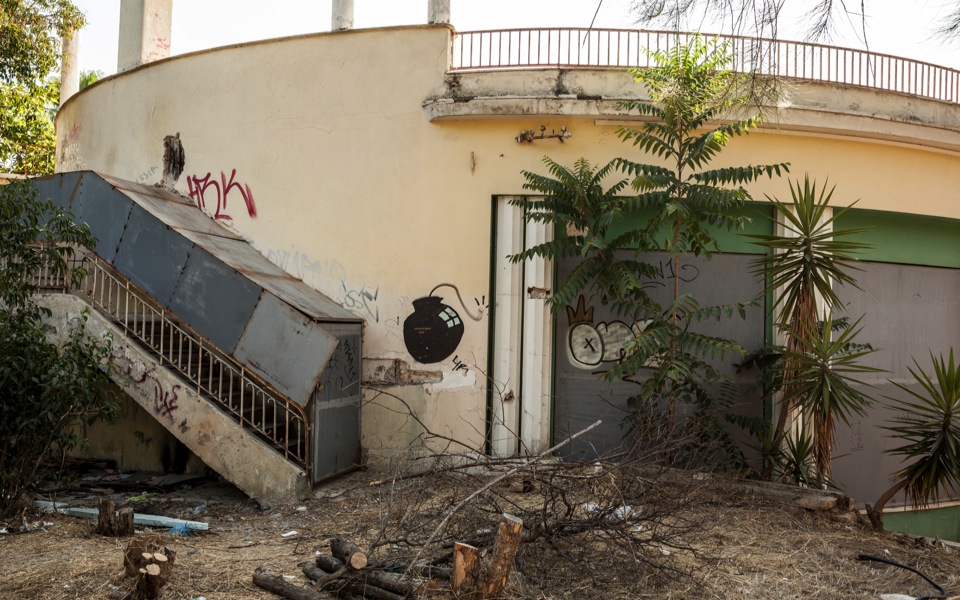 Pedion tou Areos had all the prerequisites to be a wonderful park, if not like London’s famed Hyde Park then at least similar to the National Garden, the Greek capital’s other big green expanse. Instead, it has become a symbol of typical Greek mismanagement: Millions of euros were spent revamping the park in 2010, it was handed over to the regional authority amid great fanfare, and then it was completely abandoned to its fate. Over the past two years, efforts to clear nearby Tositsa Street, next to the National Archaeological Museum, of drug addicts and dealers have pushed them to the park on Alexandras Avenue, where they gather mainly behind the statue of King Constantine I.

The decline of this 23-hectare park is yet one more example of a lost opportunity for Athens to do something good for itself. It’s main characteristic today is the trash – piles and piles of the stuff – that seems to have taken over. The much-lauded water elements, small artificial streams and ponds have dried up and become garbage dumps; the bushes in the rose garden are dead and the watering system no longer works – though the park’s six wells were fixed in 2010, no one thought to install an underground watering system, opting instead for a drip system that now lies broken. The big fountain only worked for a few months, while the smaller one is stagnant. The park’s two information kiosks never even opened after the renovation, just like the two public toilets – possibly because someone saw the irony of doing so when the entire park had become one huge urinal.

The rooftops of the handful of maintenance and storage buildings have been taken over by the park’s new residents – a community of homeless people who need real help rather than the state’s derogatory tolerance. The remnants of their former households are strewn about – mattresses, boxes and other debris of a past life. In one spot I see a transsexual adjusting her wig before heading out to ply one of the oldest trades in the wolrd – commonplace in Pedion tou Areos almost since its initial inauguration.

Both playgrounds have been closed since the death of a child at a fairground in Elliniko, southern Athens, last year forced dozens of public play areas to close. In Pedion tou Areos, the authorities padlocked the gates and put up a piece of paper announcing their closure, but the kids in the neighborhood simply climb over the fence – which someone intelligently thought should be best topped with sharp points.

The deeper you go into the park, the more evident and suffocating the signs of abandonment and neglect. Deep potholes scar the footpaths, weeds grow wild and the grass is brown and brittle. As the sun goes down, this is more a film-noir setting.

I see a man walking his dog. He says he’s been coming here for years but has noticed that the situation is much worse today.

“No, my mother would never come here for a walk alone. At least I have the dog. Nothing bad has happened to me but I’ve heard and seen some really weird stuff.”

Despite the mess and risks, Pedion tou Areos still retains the signs of a lively city park: kids kicking a ball about, adults jogging or walking their dogs, pensioners chatting on the benches or playing chess. In a different frame of the same scene, we see a drug addict preparing his fix.

The park is supposed to be closed at 11 p.m. and reopened at 6 a.m. but no one makes sure that it’s empty. The junkie residents who can usually be seen sleeping on the park benches during the day come awake at night like a hypnotized but extremely volatile microcosm. The drug of choice at Pedion tou Areos is shisha, a methamphetamine-based narcotic that is either smoked or injected.

“This is half a gram,” Markos tell me, showing me a small plastic bag containing a few crystals of the stuff. “It cost 40 euros. They say shisha is a poor man’s drug, but that’s crap.” We are speaking almost in whispers as we’re on the main drag where most of the drug dealing, and using, goes on. The photographers have made sure to hide their cameras.

Markos, like many of the other addicts in the park, has lived on the streets for years and has done several stints in prison. His days are consumed by the search for drugs. His conversations are all about their “guys” and where they can score.

As Markos starts to cook his dose on a bench, a dealer saunters down the path shouting, “Bouble! Bouble!” – advertising the illegal benzodiazepines he’s peddling by their street name.

“Listen to him,” says Markos in disgust. “He’s doing his thing, I’m cooking shisha, there’s needles on the ground and there’s a girl turning tricks. And then you get a mom walking past here with her kid… Man, they really need to kick us out of here.”