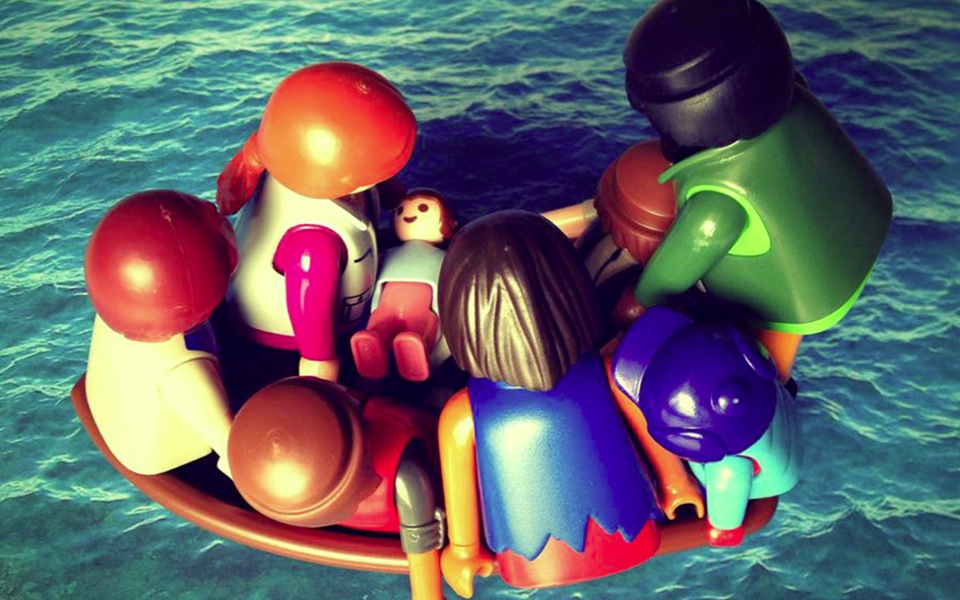 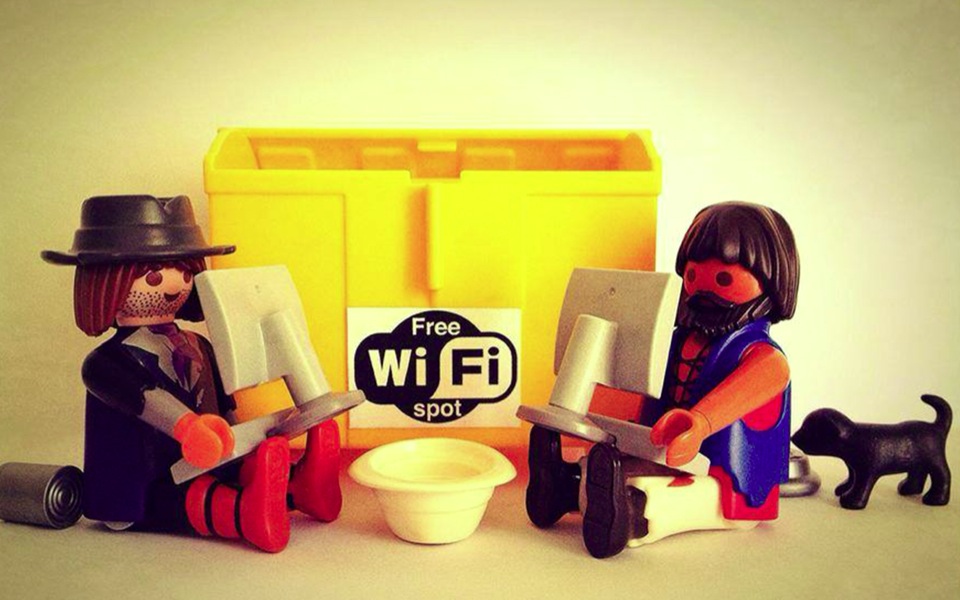 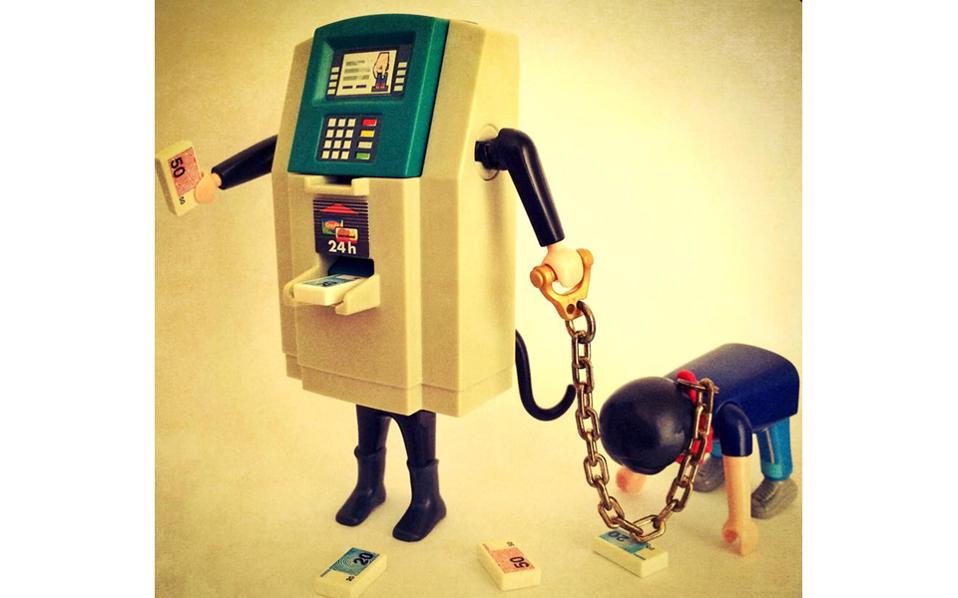 In an attempt to explain to his son where each member of their family slept in April, 2013, Nikos Papadopoulos resorted to the child’s toys for assistance, taking Playmobil pieces to portray the setup. The depiction, which was executed purely on educational grounds, inspired Papadopoulos and the 36-year-old began using the little plastic figures to depict Greece during the crisis. Papadopoulos has created a Facebook page, “Plasticobilism,” where he has uploaded images of these scenes, which has drawn more than 16,000 followers to date.

A physics graduate, Papadopoulos went on to complete a PHD in astronomy before getting involved with scenography and blogging. His main source of inspiration is current events. “I am inspired by current events mainly because of the misery associated with them. I direct this ‘ideology of plastic satire’ to whoever is interested. One does not necessarily have to embrace it, because, like every other ideology, it’s just an opinion. Moreover, it’s an approach to things, which in this case is expressed through Playmobil figures,” Papadopoulos explained.

His scenes are simple and comprehensive, but at the same time very creative. A bold plastic figure flirtatiously waving on a motorcycle – former finance minister Yanis Varoufakis, perhaps? – a burnt tree with a charred corpse beside it, and a citizen chained to an ATM, waiting in line for his daily withdrawal allowance, are just a few of Papadopoulos’s creations.

“My satire is for Greek voters who are able to think for themselves. Through my satirical depictions I try to show every individual citizen what he causes, or can cause by his tolerance, his inactivity, his indifference, and his questionable life stance,” said Papadopoulos. His mission is for Greeks to “realize where they went wrong. The people must own up to their mistakes first and foremost, then the politicians,” said Papadopoulos, adding that “politicians are here as the consequences of people’s mistakes.”

Controversial, Papadopoulos’s Playmobil art caused a reaction from the Geobra Brandstatter company which makes the toys. Initially titled “Playmobilism,” his Facebook page was removed last year without warning as the toy manufacturer was concerned about trademark infringement and the political use of its products.

However, this did not hinder Papadopoulos’s drive for artistic expression. The two parties reached a solution whereby Papadopoulos wouldn’t have to remove any photos from his blog or Facebook page as long as he used a disclaimer, followed the company’s guidelines, kept the page non-commercial and did not use the brand name. Hence, the blog is now called “Plasticobil” and the Facebook page “Plasticobilism.”

As he emphatically states, his aim is not to awaken Greek citizens, as his only goal is to be able to freely express himself.

“Nobody comes to their senses by looking at a photograph if he is not already prepared to come to terms with reality. How can someone be awakened by looking at a Playmobil figure in the trash when he doesn’t share the same sensitivity when looking at an actual human being digging in trash?” said Papadopoulos.

Papadopoulos categorizes his creations under satire, but the Greek blogger believes that these photographs serve as a chronicle of the harsh reality citizens in this country are facing.

“In order for one’s satire to have a substantial message, it’s a prerequisite that one is familiar with reality, has experienced it, or is still experiencing it,” said Papadopoulos.

City of Athens to raise awareness on food waste