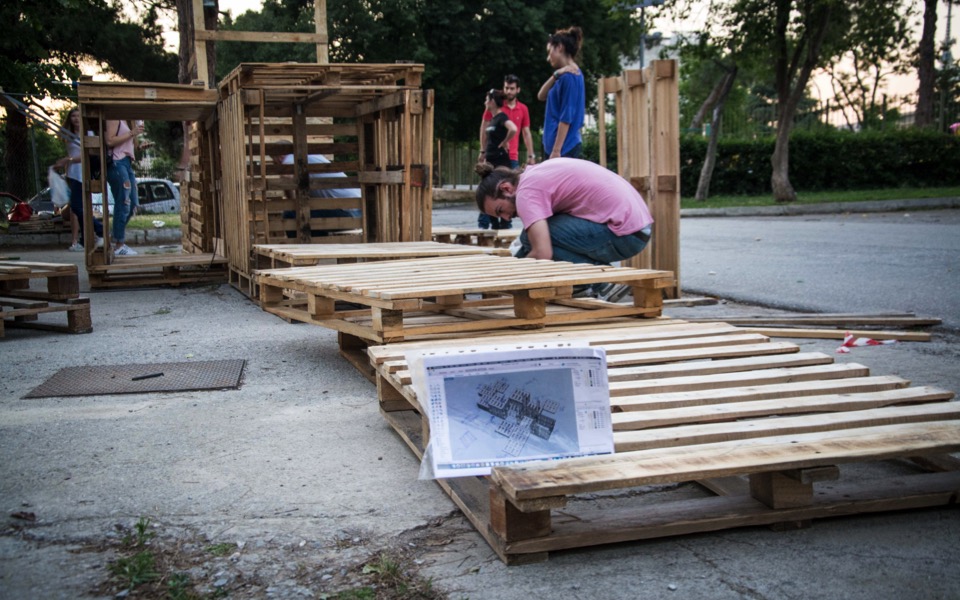 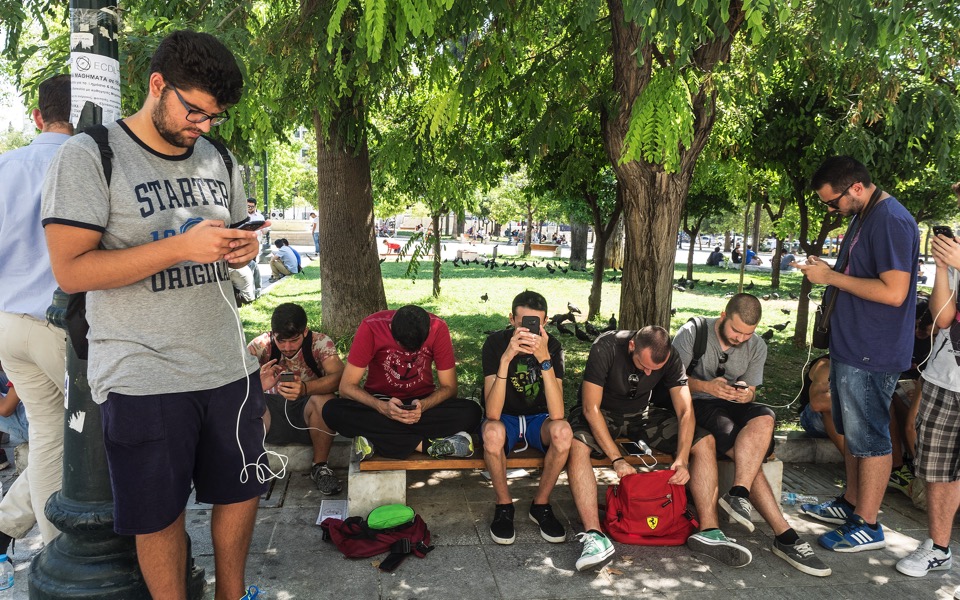 A new urban activist group in Thessaloniki wants to motivate citizens in the northern port city to take social and environmental problems into their own hands.

According to a study conducted by Thessaloniki’s Aristotle University and data provided by the Organization for Economic Cooperation and Development (OECD), the city has 2.14 square meters of public green space per resident, far below the 9 square meters minimum recommended by the World Health Organization (WHO).

Ecothess is the brainchild of Orestis Trasanidis, a graduate of the university’s school of civil engineering. He came up with the idea while writing a dissertation on the issue of sustainable urban development. The nongovernmental group, which was set up by Trasanidis with help from friends and fellow students, got down to work as soon as it was formed in 2015.

“We believe that citizens are key to solving the problems of today’s cities. People need to understand that the most direct and effective solutions [to problems in cities] are the result of the residents’ own initiatives,” Trasanidis said in a recent interview with Kathimerini.

“We need bottom-up decision-making and problem-solving models,” he said, adding that this is why we need “smart” citizens.

A “smart” citizen, the 26-year-old explains, is an informed citizen, but also one who is actively connected to his or her community.

“We believe that citizens must have access to information. They must also have multiple connections to the local community and authorities, so they can actively help create a better quality of life and a cleaner environment,” he said.
In one of their most important campaigns, Ecothess worked to turn a neglected green area in the center of Thessaloniki, opposite the headquarters of public broadcaster ERT3, into a “smart” park.

“Our goal was to make a park using environmentally friendly materials and technological equipment,” said fellow activist Andreas Batsilas, an architect.
A group of about 40 individuals, mostly young mechanical engineers, worked on the project for up to nine hours a day for two months.

The benches around the park were equipped with solar cell phone chargers. The lighting was also tweaked so as to be powered by solar energy. Because bicycles are now allowed in the park, the group installed bike racks made of wooden pallets.

“The Municipality of Thessaloniki agreed to let us take over the park and the intervention was carried out with the aim of creating a pleasant environment for the people in the area as well as attracting people from other neighborhoods,” said Elisavet Charalambidou, an architect.

“The result is a model for parks in Thessaloniki and the rest of the country,” she said.

Despite difficulties in the early stages, Ecothess eventually managed to attract private funding for their campaigns. The Technical Chamber of Thessaloniki and private firms have also lent their support to the group, which likes to pride itself on its professional attitude and targeted interventions.

The bad news is that shortly after it was unveiled, the park became the target of vandals. The good news is that the young engineers have been approached by other municipalities asking them to transform parks in other districts.

Yussuroum, a slang term that hides fragments of history

Syrian refugees in discarded holiday homes dream of anything but Greece