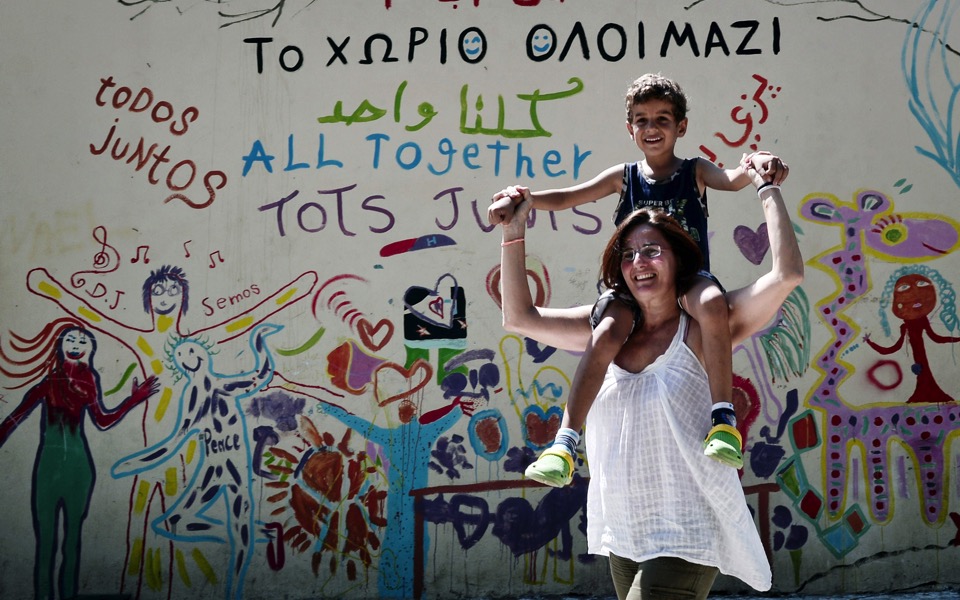 Activist Efi Latsoudi plays with a refugee boy at the 'Village All together' or PIKPA village on the island of Lesvos on August 31. 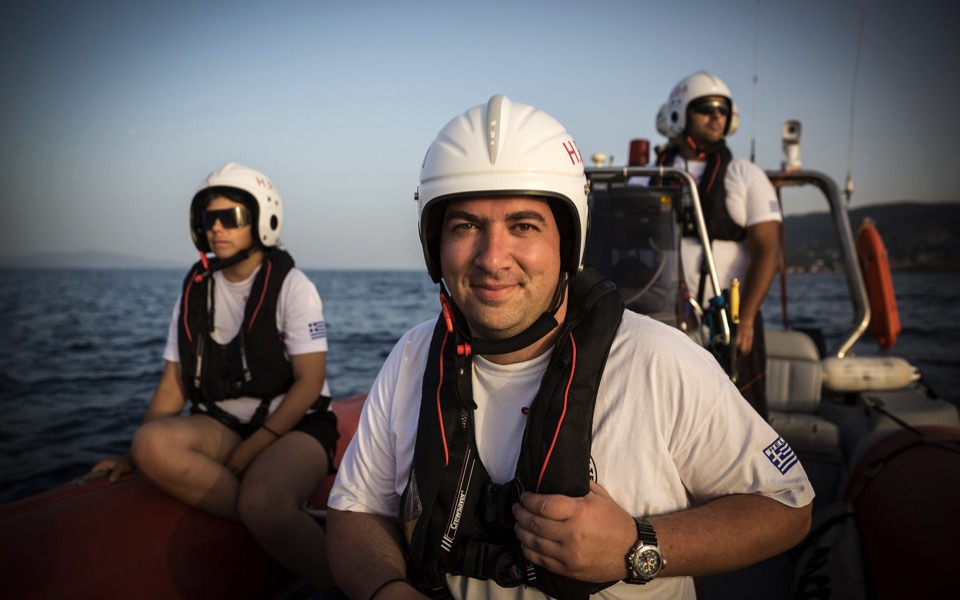 The Hellenic Rescue Team (HRT) will share the prestigious award with Efi Latsoudi, a human rights activist on Lesvos who helped provide a safe haven to thousands of refugees on the Greek island, the UN High Commissioner for Refugees said.

HRT, represented by Konstantinos Mitragas, and Latsoudi, a volunteer at PIKPA village, “were both chosen for their tireless volunteer work during the 2015 refugee crisis on Greece’s shores,” UNHCR said.

More than 850,000 people – most of them fleeing conflict in war-ravaged Syria, Iraq and Afghanistan – arrived on the Greek islands last year alone after often risking their lives on unseaworthy boats and dinghies.

“Both the Hellenic Rescue Team and Efi Latsoudi refused to stand by as they witnessed the dramatic humanitarian situation unfolding on their shores,” UN refugee chief Filippo Grandi said in a statement.

“We lived absolute horror. There were many casualties, among them many children, which is the thing that affects you most,” Mitragas said in the statement.

On Lesvos, PIKPA village meanwhile welcomed the most vulnerable refugees, including women who had lost their children during the crossing and people with physical disabilities. Latsoudi, a trained psychologist and human rights activist, was one of the volunteers who helped local authorities transform the former children's summer camp into a refugee haven.

During the peak of the crisis, PIKPA, which had the capacity to take in 150 people, was hosting some 600 refugees daily and distributing more than 2,000 meals.

“For me supporting refugees is not something exceptional, it's something that we have to do,” Latsoudi said in the statement.

The Nansen award was created in 1954 in honour of the first UN High Commissioner for Refugees, Norwegian Arctic explorer and humanitarian Fridtjof Nansen, to mark outstanding work on behalf of refugees.

HRT and Latsoudi will each receive $75,000 (67,000 euros) in prize money – to use to fund a project that compliments their existing work – at a ceremony in Geneva on October 3.

Refugee who made it returns with drone to halt drownings

Syrian refugees in discarded holiday homes dream of anything but Greece