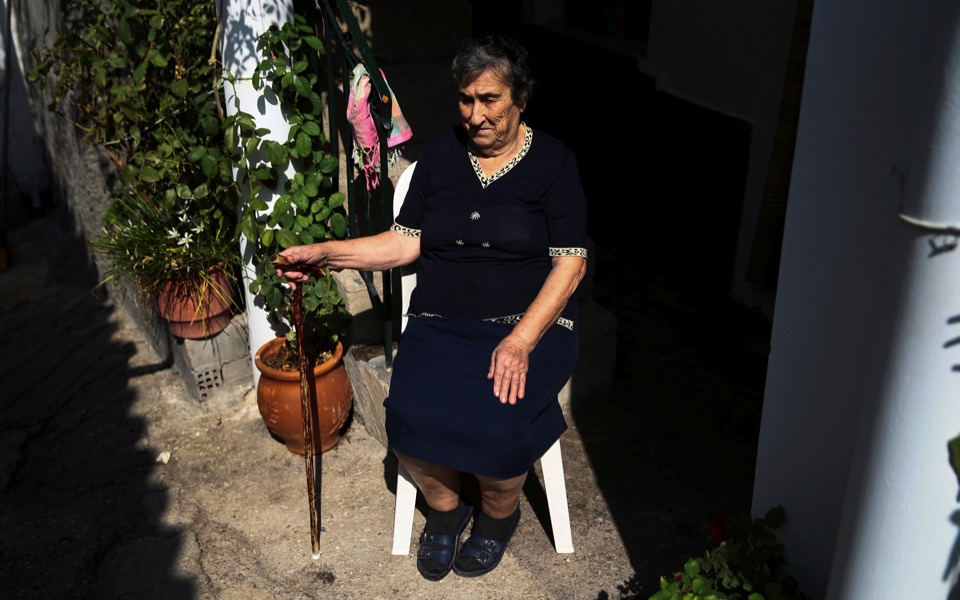 Emilia Kamvisi, 86, a Nobel Peace Prize nominee, sits at the yard of her house at the Skala Sikamias village on the island of Lesvos. 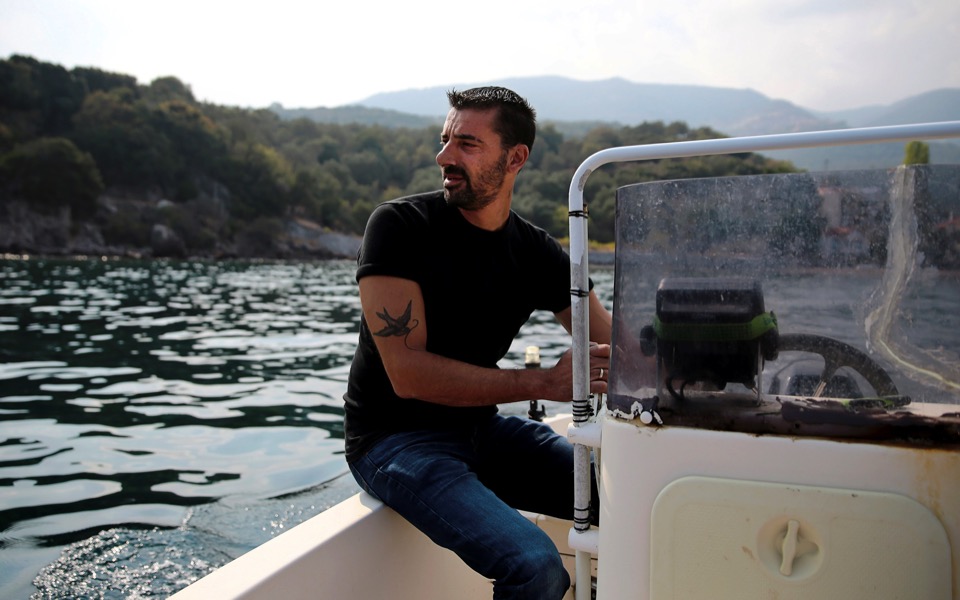 Greek fisherman Stratis Valamios, 40, a Nobel Peace Prize nominee, is seen onboard his motorboat at the sea, near the Skala Sikamias village on the island of Lesvos.
KAROLINA TAGARIS
October 6, 2016 06.10.2016 • 11:43

For months Greek fisherman Stratis Valamios would steer his boat out to sea, only instead of fish, he pulled out people.

Day after day, rubber boats packed with refugees and migrants would attempt the short but dangerous crossing to Greece from Turkey, even as winter set in and the seas turned rough and winds grew violent.

“It was like a war zone,” Valamios, now a co-nominee for the Nobel Peace Prize, said of his tiny seaside village of Skala Sikamnias on Lesvos, the island where more than 800,000 people escaping war and conflict in the Middle East and beyond arrived in 2015.

“You had the wounded, the dead,” he said matter-of-factly.

“We brought in many babies out here on the concrete, on the tables, and they died in our arms.”

No one knows how many people Valamios and other locals saved from drowning, but it is believed to be in the hundreds.

Together with other islanders, Valamios has been nominated by Greek academics and the Hellenic Olympic Committee for the Nobel Peace Prize. They have been chosen symbolically to represent all Greeks and volunteers who helped refugees.

The award will be announced in Oslo on Friday.

Far to the south, Lesvos, Greece's third-biggest island and just over four miles from the Turkish coast, was the frontline of Europe's refugee crisis last year. At its peak, as many as 3,000 people were arriving on its shores a day.

The dinghies often collapsed under the weight of three times as many people as they were designed to hold, crammed in by smugglers eager to make an easy profit by charging some $1,500 per head. Hundreds drowned and many bodies are still missing.

“Imagine being here and seeing drowned children on the beach, or saving a father whose baby has drowned, or saving a baby whose mother and father have drowned,” Valamios said.

The headless body of a baby washed ashore on a nearby beach earlier this year. One mother lost two of her children, he said.

One washed up in Greece, the other in Turkey.

Some days, Valamios would fit 20 people in his 3-metre (less than 10 foot) long motorboat. Its railing is still broken and wobbly from when one Syrian man tried to desperately cling onto it, he said.

'Did the right thing'

Those days are gone, and since March, when the European Union and Turkey agreed a deal to close off that route, only a handful of refugees arrive each week.

So life in the picturesque harbor has resumed its sleepy pace. Its cobbled square, once heaving with Greek and foreign volunteers, is filled only with just the sound of seagulls squawking and waves crashing on the rocks.

The shoreline was once bright orange from hundreds of discarded life jackets, but they have since been cleared, as have the dozens of deflated dinghies which littered it.

Even so, each time Valamios and other fishermen head out to see, they can't help but be on the look out for vessels in distress, he said.

“The island deserves it,” said 63-year-old Thanasis Marmarinos, referring to the prize, as he repaired his fishing nets in the port. But on a personal level, it wasn't so important. “I am morally satisfied with what I did, that I helped these people. Everything else, including the Nobel, is not important.”

Down the road, fellow Nobel nominee Emilia Kamvisi, an 86-year-old grandmother and the daughter of Greek refugees who fled Turkey in 1922, said she never expected tragedy to hit home but felt compelled to help, having heard stories of her own family.

“In this old age I will die with a clear conscience,” she said.

If they win, the $930,000 prize will go towards struggling Greek island hospitals, the nominating committee has said.

“On Friday, when they give the Nobel, bombs will still fall and people will still get killed,” Valamios said, referring to Syria, torn apart by five years of war.

“I will feel neither happy nor sad. I just know I did the right thing,” he said.

Lost generation of refugee children gear up for school in Greece

For refugees in Greece, long wait for asylum is ‘like death’