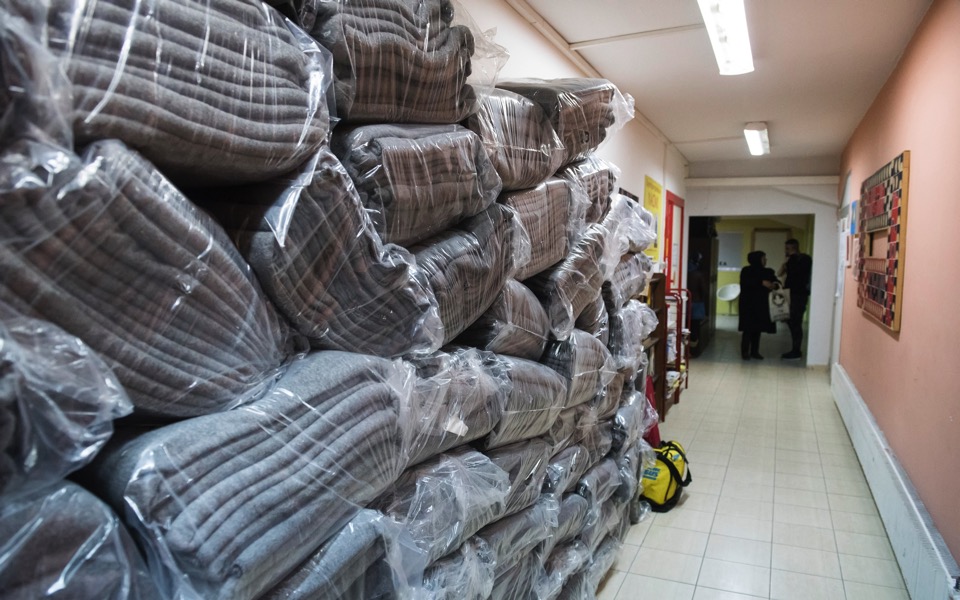 A pile of blankets is stored at a tiny coat workshop charity called Naomi in the northern Greek city of Thessaloniki, which is working long hours to collect and wash discarded blankets and turn them into wearable coats. 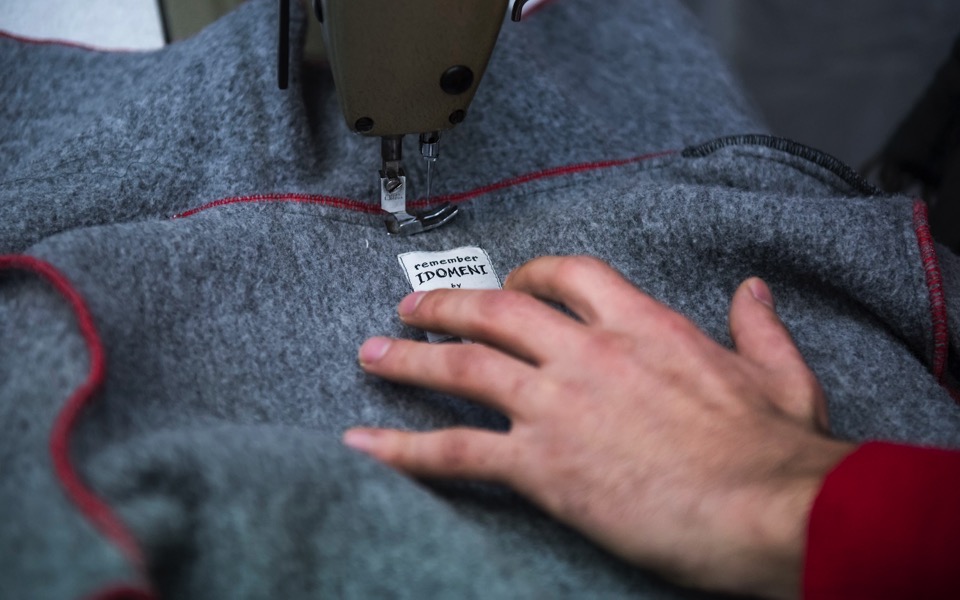 Hasan Mitwally Al Kodsy, 30, from Syria, manufactures a coat made from a blanket, at a tiny workshop charity called Naomi in the northern Greek city of Thessaloniki, which is working long hours to collect and wash discarded blankets and turn them into wearable coats. 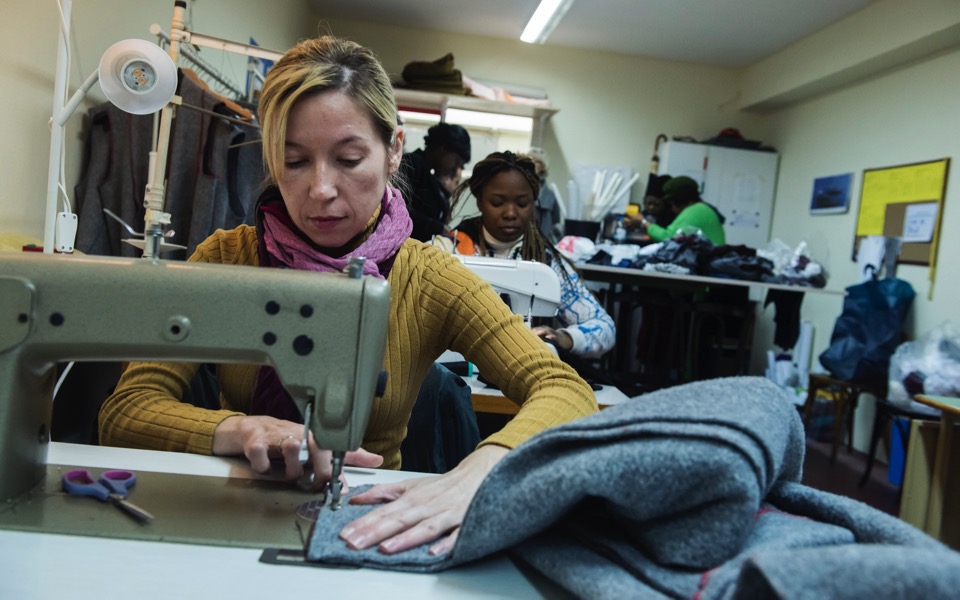 A migrant sews a blanket, at a tiny coat workshop charity called Naomi in the northern Greek city of Thessaloniki, which is working long hours to collect and wash discarded blankets and turn them into wearable coats.
COSTAS KANTOURIS
February 7, 2017 07.02.2017 • 11:28

It’s been a miserable winter in Greece, especially for the many thousands of refugees staying in tents in old factories and warehouses. At a tiny workshop in the northern city of Thessaloniki, they’re trying to make a little bit of a difference.

Volunteers are working long hours to try to keep the refugees warm, with bursts of noise from sewing machines revealing their mission: to turn discarded blankets into jackets, overcoats and other winter wearables. Theres an almost endless supply: The blankets – mostly army issue, gray with red stitching – came from the sprawling refugee and migrant encampment at Idomeni on the border with the Former Yugoslav Republic of Macedonia (FYROM) that is now closed.

As many as 14,000 people lived in tents at the site last year after European countries closed borders to refugees streaming into the continent. Greek police cleared the camp last May, leaving hundreds of tents and thousands of blankets behind. A Greek-German charity called Naomi collected them by the vanload to be washed and reused. Project organizer Elke Wollschlaeger helps make and even model the coats, which have the label “Remember Idomeni” stitched inside.

“We’re trying to keep it in people’s minds what happened in Idomeni last year, and what Europe did to refugees and the Greek people, just leaving the borders closed and thousands of people stranded,” she said.

Greece’s government says more than 60,000 refugees and migrants remain stuck in the country following the border closures. It has struggled to shelter camp dwellers from freezing overnight temperatures. Authorities on the island of Lesvos are investigating three recent deaths at a refugee camp there, possibly caused by fumes from makeshift heaters.

For Syrian refugee Hasan Al Kodsy, helping out at the coat workshop was a natural fit. The 30-year-old used to run a textile business in Damascus that employed about 100 workers. His journey to Europe stopped at Idomeni but he’s still hoping to join his wife and 2-year-old daughter in Munich, through the EU’s slow-moving relocation scheme.

“I saw women [in Idomeni] shivering in blankets and that was not a nice thing to see,” he said. “So we started making clothes with the blankets.”

The charity doesn’t distribute the jackets directly but passes them on to other aid groups in return for donations, using any money raised for skills-training programs for refugees and projects to take them out of camps and place them in apartments. It also sells the coats to walk-ins, like resident Katerina Tsolakidou.

“We really liked the idea of reusing the blankets from Idomeni,” she said after picking up a coat. “It gives the refugees something to do. So instead of spending the money somewhere else, it’ll be put to good use here.” [AP]

Getting to grips with everyday Greek